You’d know the season is just around the corner. 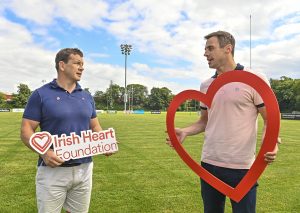 As our current members are put through their paces ahead of the new campaign, our past players are being encouraged to ensure things are ticking over by getting a medical health check-up. Having lost former friends and teammates to heart conditions in recent years, the initiative is of immense importance to our membership.

Speaking at the launch of the ‘Reboot Your Life’ campaign from the Irish Heart Foundation, Simon Keogh gave context to Rugby Players Ireland’s involvement:

“Over the course of their careers, our members have access to the best facilities and medical supports to ensure they maintain peak physical performance. It’s only natural that some of these habits and activities take a back seat when the time comes to retire from the game. We are therefore encouraging all our past players to stay fit, healthy and to get medically screened at least every two years.”

You can go to irishheart.ie for more information, while our members information for our past players on how to get screened can be accessed here. 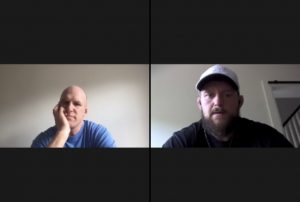 At the other end of the rugby spectrum are our latest additions to the provincial academies. Across a week of virtual meetings, players attended workshops on modules that included Creating Good Habits, the Language of Consent, Self Care, Online Reputations, while Paul O’Connell, Andrew Porter and a number of current senior players gave their own insights into life as a professional rugby player.

Welcome to the Fold! 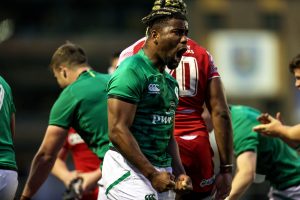 On that note we welcome the new academy players across the country for the coming season! 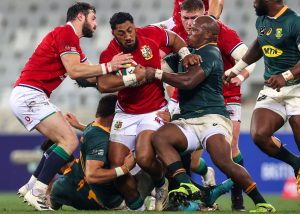 Our Lions arrived home in early August following the culmination of the South African tour. Having won the first test 22-17 before being pegged by in the second 27-9, it all came down to the final game of the series. Bundee Aki made his Lions Test debut and started alongside Robbie Henshaw, Tadhg Furlong and Jack Conan with Conor Murray coming off the bench. However, the decisive victory eluded the side with Morne Steyn reeling back the years to kick a late penalty to seal the series for the Springboks. Despite the ultimate result, our Irish representatives can take great pride from the performances throughout a challenging tour. 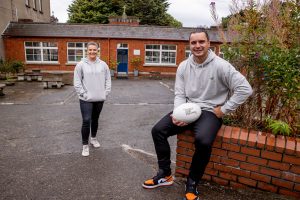 As students and teachers across the country prepare to return to classrooms ahead of the new school year, Ciara Griffin and James Lowe teamed up with Tackle Your Feelings to invite Post primary schools to take part in the the 2021/2022 TYF Schools mental wellbeing programme as part of the #ImTakingControl campaign.  The programme is designed to instil a positive proactive approach to mental health and wellbeing among young people, reducing stigma and encouraging the development of positive wellbeing habits which they can bring throughout their school career and into adulthood. 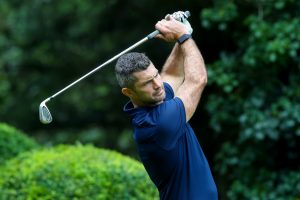 We were delighted to get back to Druids Glen Hotel & Golf Resort this month as the Annual Rugby Players Ireland Golf Classic took place. We were joined by a host of former players on the day including Rob Kearney, Tommy O’Donnell, Darren Cave and Ian Keatley. Many thanks to all our guests, sponsors and members for playing your part a memorable day!

After a two-year hiatus, the Vodafone Women’s Interprovincial Championship kicked off last weekend.  However, members of the Irish Women’s squad were missing in action as they continue their preparations for their crucial Rugby World Cup Qualifying tournament in September (13, 19 & 25).

Meanwhile, the 26-strong Irish Women’s Sevens squad for the 2021/22 season was named with Lucy Mulhall once again captaining the side.

Fresh from graduating with a nursing degree from Trinity College, it was announced that Linda Djougang will be joining As Romagnat Rugby in France for the forthcoming season.

Our best wishes to Mick Kearney who returns home to join Ulster Rugby on a short-term deal. 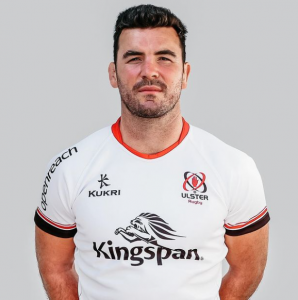 Further afield, Jamie Dever has joined a growing Irish contingent at London Irish. Dever has recently completed a busy season in the MLR with Old Glory DC who were unable to prevent the LA Giltinis and Luke Carty, Harry McNulty, Sean McNulty and Sean O’Brien from claiming the championship in their debut campaign. Ronan McCusker has also departed the MLR to join up with Doncaster Knights in the Championship.

Down in New Zealand, former Leinster Rugby player and Irish international Michael Bent is balancing life on the farm with a bit of rugby as he togged out for local side Taranaki to make his 50th appearance.

Following her retirement from international rugby, we spoke to Katie Fitzhenry as she reflected on a nine-year stay within the Irish Rugby Women’s programme across both XVs and Sevens. Click here to read!

Fitzhenry’s former teammate Hannah Tyrrell continues to make waves for Dublin LGFA. Next month she will contest the All-Ireland Final for her county having been instrumental in the campaign to date. Indeed, on the week she helped Dublin book their place at the Croke Park decider, she also married her partner Sorcha Turnbull. 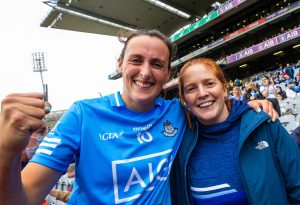 Meanwhile, our former chairman Rob Kearney has been dusting off the cobwebs following his return him from Australia by returning to his roots and lining out for Cooley Kickhams GFC.

Another to have traded sports is former Connacht Rugby academy player Tadhg Leader. Having played in the The Spring League, and Amercian Football developmental and scouting event, Leader has sought to further his on-field experience by linking up with the Panthers Wroclaw of Poland in the European League of Football. Check out his adventure here!

Despite hanging up his boots, Donnacha Ryan has opted to stay within the game and has joined the coaching team at Ronan O’Gara‘s La Rochelle. Though he is to play on with London Irish, Sean O’Brien will also test the coaching waters with Rosslyn Park in England’s National 1 League.

Finally, Barry Murphy spoke candidly to us about his dismay at seeing 40,000 people in Croke Park while restrictions for live outdoor music events persist. You can read his honest interview here.

Thank you so much @RugbyPlayersIRE & @mceltweets for taking the time to listen to how the pandemic has impacted the lives of those in Music & arts. We will be back, stronger than ever because we live for it. To those in government, listen & let us work https://t.co/RMFJA3OF4q pic.twitter.com/PMeGqHgdiy