There was April action on all fronts!

There was a historic achievement for the Ireland Men’s 7s squad as they beat Fiji for the first time on the World Series. The team’s good form in Singapore continued all the way to the latter stages of the tournament where they were pipped to the final posts by New Zealand after the final hooter of their semi-final bout. In Langford in late April, Lucy Mulhall and her teammates put on another impressive showing. After losing to Australia in the semi-final, the side claimed bronze with Amee-Leigh Murphy Crowe putting in another star turn with four tries in a 22-14 win against France. 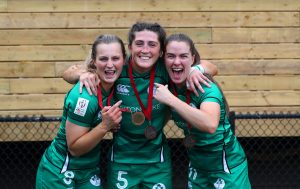 Despite heavy losses to France and England sandwiching victory over the Italians, the Irish Women’s XVs side have shown plenty of glimpses of what is to come. The positivity in the camp has also been boosted further with debut caps being awarded to Niamh Byrne, Christy Haney, Vicky Irwin, Molly Scuffil-McCabe and Aoife Wafer in recent weeks, while the campaign also ended on a high note with a last-gasp win over their Scottish rivals courtesy of Enya Breen.

Meanwhile, several players returned to the fold over the course of the competition, including Aoife McDermott who highlighted her commitment to the cause following her return to the starting lineup in Leicester.

Munster Rugby and Leinster Rugby remain on track to meet in the Heineken Champions Cup following wins over the Exeter Chiefs and Connacht Rugby respectively. Despite a memorable win away to Toulouse, Ulster Rugby fell to an aggregate score of 49-50 to bow out of the competition. Leinster also sealed the top spot in the United Rugby Championship despite losing 20-13 to the Stormers in Cape Town.

Our congratulations to James Culhane on being named the U20 Six Nations Player of the Championship after his starring role in Ireland’s Grand Slam campaign. 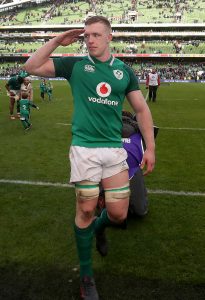 Dan Leavy announced his retirement with immediate effect. Capped 11-times by Ireland and never on the losing side for his country, the Leinster Rugby man has bowed to medical advice on a knee injury first sustained against Ulster Rugby in March 2019.

Leavy’s former backrow teammate Sean O’Brien has also signalled his intention to retire at the end of the season. The 35-year-old won 56 caps and played in five Tests for the British and Irish Lions on tours to Australia (2013) and New Zealand (2017). After 11 seasons with Leinster, which included winning the European Cup and four league titles, he joined London Irish in December 2019. 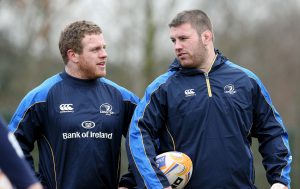 Another Leinster stalwart is also set to say his goodbyes. Having won 204 caps for Leinster and represented Ireland on 72 occasions, Sean Cronin is hoping to add a few more medals to his ample collection before he hangs up his boots.

We spoke to Dr Deirdre Lyons about how the example set by transitioning players can get others moving.

John Ryan‘s move to Wasps was confirmed but the prop demonstrated that he still has plenty to offer his home province with a destructive performance in their Heineken Champions Cup against Exeter Chiefs. Connacht Rugby prop Tietie Tuimauga will depart Galway for Colomiers in France.

At Leinster Rugby, Charlie Ryan, Liam Turner and Martin Moloney have all progressed onto senior deals.

Following a hat-trick away to Toulouse, Ulster Rugby wasted little time in tying Robert Baloucoune to a new long-term deal at the province. Stewart Moore and Mike Lowry have also committed their futures to their home club.

Simon Keogh represented Rugby Players Ireland at the EU Athletes General Assembly in Valencia. More than 30 athlete representatives travelled to Spain to discuss the key issues and objectives for athletes in Europe.

Recent NUIG graduate Peter Robb spoke to Rugby Players Ireland about getting his career back on track with the help of the Player Development Programme (click on the image below to read). 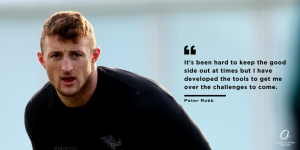 We were delighted to see Rob Kearney, Billy Holland and Tommy O’Donnell have the opportunity to say farewell at their respective clubs over the recent Heineken Champions Cup weekend. 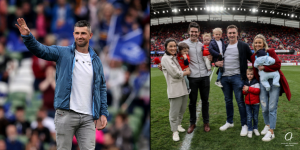 Former Ireland and Ulster Rugby centre Jared Payne is to take up a new coaching role with Top 14 giants ASM Clermont Auvergne when he leaves the Ulster coaching staff at the end of this season.

Steve Crosbie and Fad Saoil Saunas were highly commended for the ‘Best Wellness Experience’ at the Irish Tatler Awards.

Barry O’Mahony and Umba have announced plans to expand into three new African markets following the raising of $15m in funding.

Jean de Villiers has been appointed as Chairperson of the My Players board in South Africa.

Former Leinster Rugby outhalf Cathal Marsh spoke to Rugby Players Ireland ahead of the Energia AIL Final between Terenure College and Clontarf in which a number of our past players will feature (click on the image to read). 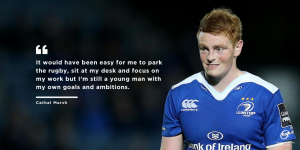 Budding actor Peter Claffey has confirmed that he is to hang up his boots entirely to focus on his new career. We spoke to him last year.

Finally, we were saddened to learn of former Ulster Rugby player Pedrie Wannenburg‘s death following a car crash in Texas. Our thoughts are with his family. 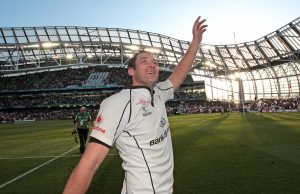