After a brief respite from lockdown, Christmas happened and the increased interactions have us back to where we started in March 2020. With New Year’s celebrations put on hold and the prospect of months more restrictions, rugby provided one of the only escapes from an increasingly familiar reality.

It’s important to reflect on things in order to be effective going forward. While most would be happy to banish 2020 to the memory scrapheap, there were nevertheless many organisational and individual accomplishments across the 12 months.

Click on the image below to check out our Annual Review 2020! 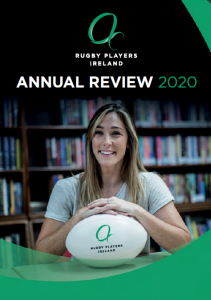 It was a notable beginning to the year for the likes of Jack Crowley, Nathan Doak, Andrew Smith, Max O’Reilly, Greg McGrath and Ben O’Donnell who each made their first senior appearances for their respective provinces on the opening weekend of the year! In what was an amazing coincidence, Doak’s debut came 11 years to the day since he ran out as a mascot for his father’s Ulster Rugby side against the same opposition with the same final scoreline!

I took the photos of @nathan_doak eleven years ago and tonight he made his senior @UlsterRugby debut. Have a look at the match date, the opposition and the score line – incredible🙌🙌🙌🙌 #SUFTUM pic.twitter.com/wQMDk2nt5O

Other players who have also broken into the first team during January include Naas RFC player Jamie Osborne who came off the bench for Leinster Rugby against Scarlets last weekend.

With the international window looming large, the interprovincial derbies throughout the month proved to be an ideal tonic for both players and fans alike as they sought to fill the competitive void amidst several cancellations. 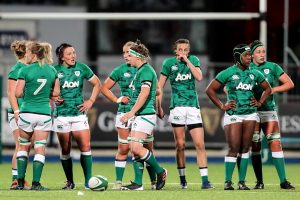 Sadly, frustrations persist for the Irish Women’s and U20s squads who have seen their Six Nations Championships postponed. While Ciara Griffin’s side managed to get a run-out against Italy last October, the Irish U20s last played in February and were denied a shot at the Grand Slam.

While training has been maintained, many of the Irish players have been able to turn their attentions to other pursuits. Notably, Kathryn Dane had an immense 2020 having been chosen as a recipient of the prestigious Irish Research Council grant to fund her PhD at Trinity College. The scrum-half has also undertaken a role within the Leinster Rugby physiotherapy department.

Check out her story here!

Thankfully, there will still be some international rugby to look forward to in the traditional Six Nations window. The Men’s Championship is due to proceed later this week with Ireland kicking off against Wales at the Millenium Stadium. Andy Farrell’s squad has been boosted by the return of Tadhg Furlong who missed the Autumn Nations Cup, while Garry Ringrose, Jordan Larmour and James Lowe have also recovered from recent injuries to link up with the side. Craig Casey and Tom O’Toole are the two uncapped players involved.

For an insight into how the camp is being managed, click here. 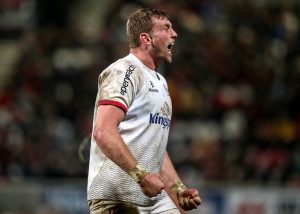 We were delighted to see a raft of contract extensions being announced at Ulster Rugby in recent days. In all, 15 players committed their futures to the province including: John Andrew, Robert Baloucoune, Sam Carter, Angus Curtis, Nathan Doak, Craig Gilroy, Rob Herring, Ian Madigan, Luke Marshall, Alan O’Connor, Marcus Rea, Aaron Sexton, Tom Stewart, Kieran Treadwell and Andy Warwick. The good news was further embellished by the announcement that Fiji’s Leone Narakawa will also be landing in Belfast on a one-year deal.

Rugby Players Ireland’s vision remains in having Ireland seen as the best place in the world to play rugby. The new reality has prompted new thinking and the Player Development Team having been working hard to develop programmes that are suitable for the virtual environment in which we have been forced to live.

Over the past number of weeks, former players such as Ross McCarron, who spoke with Peter O’Reilly for the Sunday Times in January, have stressed the importance of keeping an eye on the world outside of the rugby bubble. 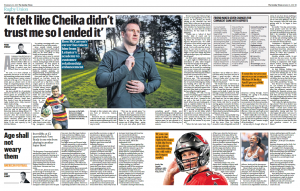 It was heartening to see Josh Murphy also refer to his medical studies as he spoke to the media ahead of Leinster’s Guinness PRO14 clash with Scarlets. Using other sportspeople like Dublin All-Ireland winner Jack McCaffrey as inspiration, Murphy has continued to progress his rugby career while acknowledging the difficulties the juggling act can pose. 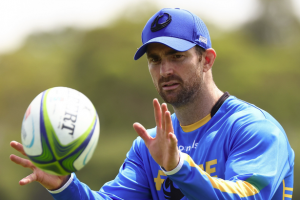 Having spent 14 days in quarantine, Rob Kearney finally emerged to join his new Western Force teammates for training. Speaking to the Western Force press team at his unveiling, Kearney asserted that what he brings off the field, “is going to be as important as what I bring on it.”

Certainly, his seven year tenure as Chairman of Rugby Players Ireland will compliment Kearney in his aims. In being based in Australia for the next six months, Kearney now brings his tenure to a close but the full-back hopes to remain involved with the organisation and use his experience to further guide it in its aims.

Check out Rob’s note to his fellow members of Rugby Players Ireland here.

Elsewhere, we send our best wishes to Ian Keatley (Glasgow Warriors) and  Bryan O’Connor (Gloucester Rugby) on ther recent moves. Both might take inspiration from Eoghan Barrett who scored his first Top14 try for Pau recently. Barrett moved to France upon completing his Leaving Cert in 2018.

Former Munster Rugby player Sean Scanlon has called time on his 11-year professional career. Having moved on from Limerick in 2013, Scanlon went on to play for Nottingham Rugby, Rotheram Titans and Doncaster Knights in the English Championship. Scanlon will be placing his focus on his role with LandTech, the UK’s fastest growing property technology company.

Fellow Munster man Ben Betts also decided to hang up his boots. Although he never made a senior appearance for his province, Betts forged out a career in England with stints at Leicester Tigers, Loughborough, Ealing Trailfinders, Nottingham Rugby and Doncaster Knights. Ben has moved into recruitment consultancy with Macildowie Recruitment.

Brendan Macken has also taken the decision to hang up his boots. Having played 50 times for Leinster, Macken also lined out for Gloucester Rugby, Wasps and London Irish. Just 29, recent seasons have been plagued by injury leading the former Finance and Accounting student to step up his involvement with David James Wealth, with whom he has been working part-time in recent years.

There were several former professionals involved in a recent coaching reshuffle at Irish senior and U20 levels.

Capped 108 times by Ireland, Paul O’Connell has answered Andy Farrell’s call ahead of the 2021 Guinness Six Nations. O’Connell joins the national coaching set-up as forwards coach with Simon Easterby assuming duties for defence. Meanwhile, former Ulster Rugby scrum-half Kieran Campbell has moved into the role of Head Coach for the Irish U20s with Denis Leamy named as one of his assistants.

As a Tipperary native, Leamy would have been very familiar with Alan Tynan. Having led Roscrea CC to a first Leinster Schools’ Senior Cup title in 2015, great things were expected of the talented out-half. However, having been released by Munster last year, the talented sportsman returned his attentions to hurling and this month was called into the Tipperary senior hurling squad. 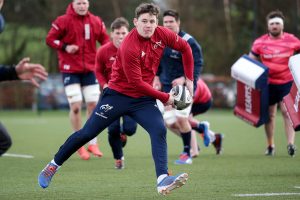 As part of a series of interviews with former rugby players and their experience of the transition, Garry Doyle of The42.ie spoke with Barry Daly. Now based in Massachusetts, Daly secured a scholarship at the Boston College Carroll School of Management with the help of Rugby Players Ireland.

Check out the interview with Barry here. 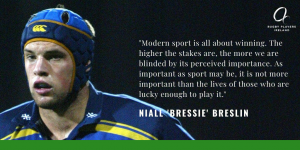 Following a hard-hitting episode of his ‘Where is My Mind’ podcast pertaining to his experiences of professional rugby, we followed up with former Leinster Rugby Player Neil Breslin. While acknowledging the work of Rugby Players Ireland and initiatives like the Tackle Your Feeling campaign, Bressie claims there is a level of tokenism in other sporting organisations and urged all to up their game. Since speaking to us, Bressie has continued the conversation with Rugby Players Ireland.

Check out the full article here.

Rugby Players Ireland has a dedicated Player Wellbeing Service which provides our members with access to services to help them look after their mental health and wellbeing. This service can be availed of through our Player Development Mangers who act as a conduit the the large number of providers in our network.

Additonally, Rugby Players Ireland has participated in the Ohana Zero Suicide Awareness Training. The programme, which was launched by Su Carty with the help of Alan Quinlan, Bernard Jackman and Tania Ross,aims to equip people with the skills to navigate difficult conversations and identify suicidal behaviours. 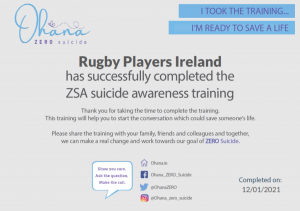