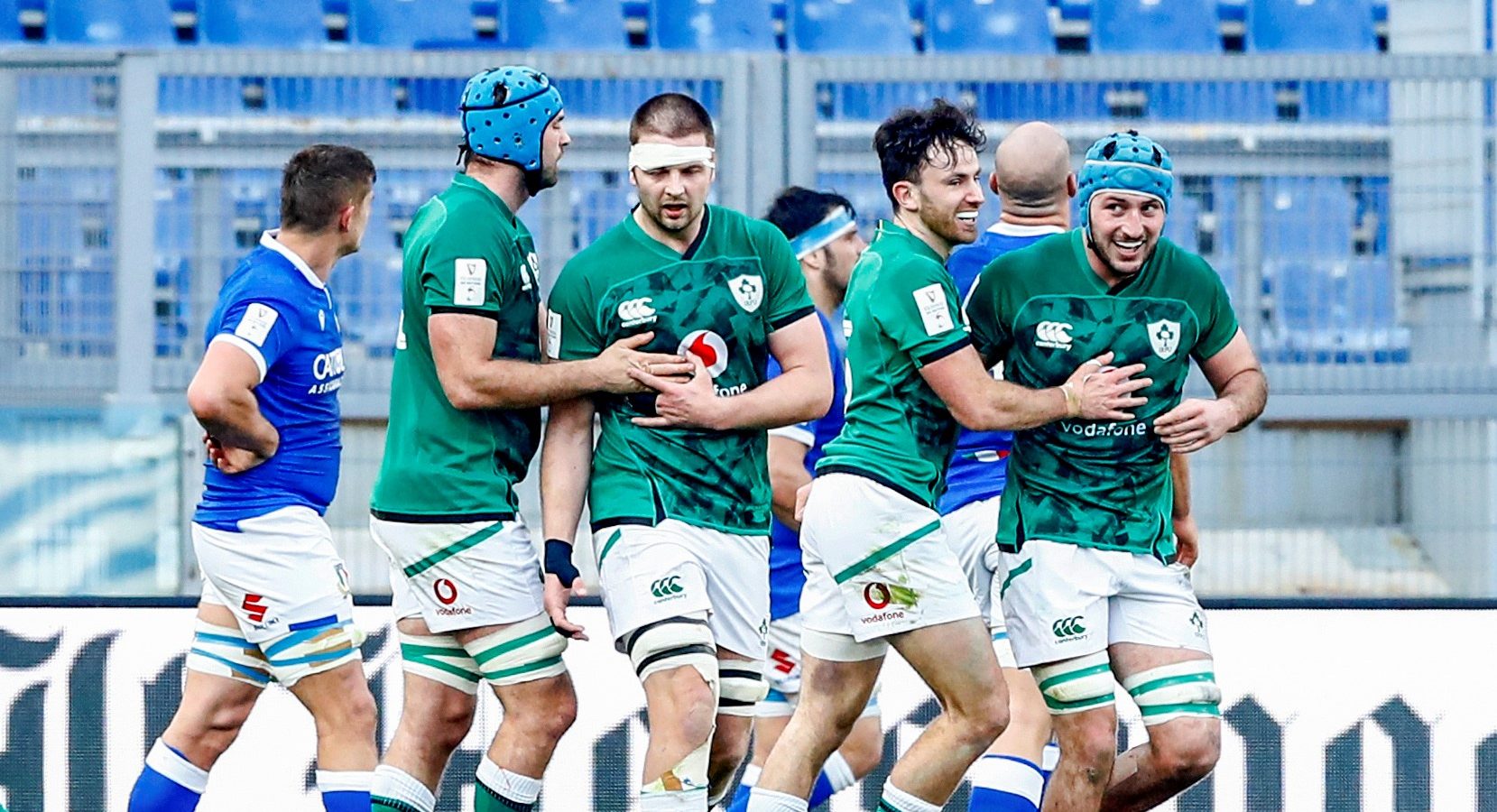 It has now been almost 12 months since we watched Leo Varadkar’s national address and departed Rugby Players Ireland HQ for what we thought might be a few weeks. The events of the past year have undoubtedly taken their toll on everyone. Within moments, the world shrank to the confines of our homes and local neighbourhoods.

The team at Rugby Players Ireland has grown accustomed to challenges of working from home. We now deal remotely with our membership and engage our stakeholders on virtual calls. However, we look forward to being able to do so in person sometime down the road.

Yet out of these challenges, a renewed appreciation has been collectively established for the simple things  – the hugs, elevenses, going to a game, school, trashy entertainment news and indeed, life itself.

Sadly, this was given further perspective in the past month as one of the Irish Rugby’s great characters departed this life. 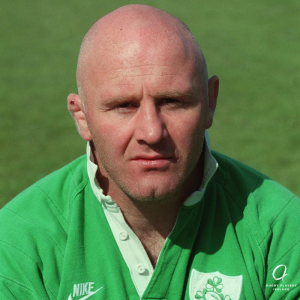 It was with great sadness that on February 24th, we learned of the passing of former Irish international Gary Halpin. Following stints in England with London Irish and Harlequins, Halpin was much loved on both sides of the Irish Sea. One of the first to traverse the amateur and professional rugby eras, Halpin was also a renowned hammer thrower who represented Ireland at the 1987 World Championships in Rome.

Athletics loss was rugby’s gain when the Kilkenny born prop subsequently turned his hat to rugby, winning 11 caps for his country between 1990 and 1995. Most notably, it was Halpin who breached the All Blacks line in what proved to be one of his final games for Ireland at the Rugby World Cup in South Africa, and along with all the stories thereby ensured nobody would ever forget him.

The Tackle Your Feelings team was also delighted to link up with Connacht Rugby’s Learn to Perform webinar series, in association with GMIT. Dr Hannah McCormack was joined by Edel McMahon and Finlay Bealham for a discussion on remaining positive through adversity.

Further webinars also took place with the Mathematics Applications Consortium for Science and Industry (MACSI) and fscom, one of the leading compliance firms across the UK and Ireland.

To mark Valentine’s Day meanwhile, TYF teamed up with Will Addison‘s new business Recover Scents and our partners at Druids Glen Hotel & Golf Resort for an exclusive competition. 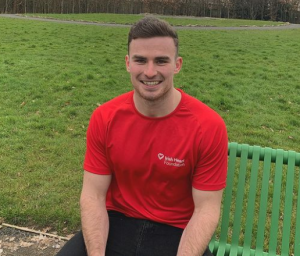 Rugby Players Ireland were delighted to help faciliate a relationship between Shane Daly and the Irish Heart Foundation ahead of Valentine’s Day. Daly, who has been part of the Irish camp for the Six Nations, becomes an ambassador for the organisation as they seek to raise awareness of how those who suffer with heart conditions and stroke are at an increased risk from Covid.

Fair play also to Kevin O’Byrne and some of his Munster Rugby teammates who did a 5 day, 1200km challenge to raise awareness and funds for the work of Jigsaw and their work with young people.

A number of our current and former members were also involved in the recent #Gimme1000 campaign in aid of Pieta House and the Irish Cancer Society. Well done to all!

EU Athletes is the leading multi-sport federation of player assocations from across Europe. Through this platform and 35 fellow organisations, have the opportunity to share best practice, form collective policies and to develop and deliver education and training programmes to athletes across the continent.

This month, the first session of PROLead kicked off. PROLead is a new 3-year project funded by the Erasmus+ Programme. It aims to improve dual career opportunities for professional athletes by providing tailored leadership training for current and retired athletes. 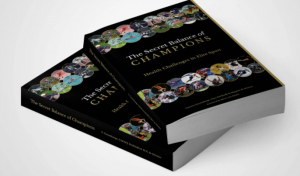 Our congratulations to our very own Dr Deirdre Lyons who recently contributed to ‘The Secret Balance of Champions’ which was released earlier this month. Exploring the health challenges that elite athletes might face during and after their careers, the book is compiled by experts in sport.

You can purchase ‘The Secret Balance of Champions’ here.

Following a disappointing opening to the Six Nations Championship, Ireland got back on track with a convincing win over Italy at the weekend. The day was particularly memorable for both Craig Casey and Ryan Baird who appeared off the Irish bench to make their Test debuts. 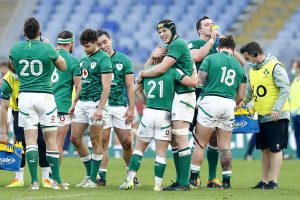 Despite some negativity, recent weeks have been notable for several reasons including the appointment of Iain Henderson as captain for the first time in the absence of Johnny Sexton. It was also positive to see the return of several players to the fold including Tadhg Furlong, Dave Kilcoyne, Jack Conan and Rhys Ruddock who, 11 years after making his Irish debut, finally started his first Six Nations game when he lined out in the backrow against France.

Provinically, there were senior debuts for Cormac Izuchukwu (Ulster Rugby), Marcus Hanan and Alex Soroka (both Leinster Rugby). Meanwhile, Joey Carbery made his first appearance for Munster Rugby since January 2020 with  a 17 minute cameo that included the final points of their game against Cardiff Blues from near the touchline. 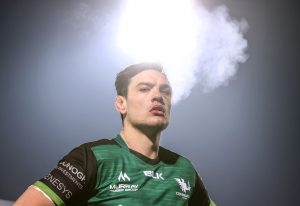 Unfortunately, Dan Leavy‘s comeback has been stalled. A procedure to repair cartilage in his knee will see him miss the rest of the season. So to will Leavy’s teammate Adam Byrne, who in the midst of his rehabiliation from a hamstring injury, has damaged his quad. In Galway, both Quinn Roux and Peter Robb are expected to be out for several months.

Meanwhile, Billy Holland‘s durability has been showing no signs of slowing down. The Munster Rugby veteran came off the bench last weekend to move ahead of Ronan O’Gara in the province’s all-time record appearance list with 241. He made his competitive debut back in September 2007. He will hope to add a few more before he hangs up his boots at the end of the season. 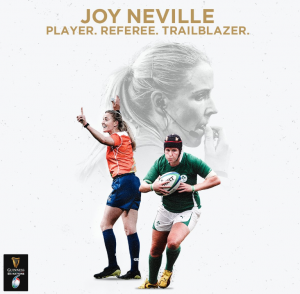 Without competitive action for yet another month, the Irish squad were nevertheless rejuvenated by confirmation that a reformulated Six Nations campaign is due to take place in April. However, the past few months have not been without note for the development of the women’s game. Joy Neville became the first female TMO to take charge of a Men’s Six Nations Championship game when England lost to a brave Scottish performance. 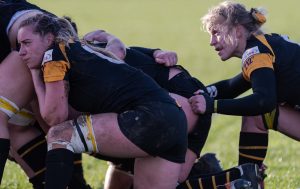 Although she has not yet been able to link up with her international teammates in camp each weekend, Wasps Ladies player Edel McMahon continues to step up her return from injury by availing of games permissible by the UK authorities. While living in London, the Irish flanker has also maintained her connection to the veterinary world through her work with Glenbio Ltd.

We speak to Edel, here!

Sadly, the opening rounds of the Guinness Six Nations were marked by hostile online commentary directly targeted at players. We spoke to Colm O’Connor of The Irish Examiner about the importance of social media for debate and conversation, and why online behaviours continue to undermine its benefits.

You can read the piece here.

The global nature of the World Rugby 7s has meant that cancellations into 2021 have been inevitable. While training has been stepped up, our Irish 7s players have nevertheless been afforded more time to avail of other opportunities. A Management Consultancy student out of UCD Michael Smurfit Graduate Business School, Irish Men’s Sevens captain Billy Dardis has been working with BearingPoint’s People and Strategy team. 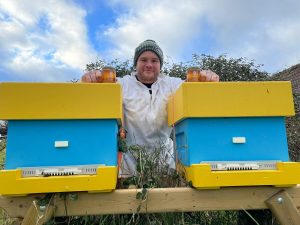 Ordinarily, Jack McGrath would have hoped to have been involved in Ireland’s current Six Nations campaign. However, injury has precluded the Ulster Rugby prop from selection. As he sets out on the road to recovery, he’s trying to look at the light at the end of the tunnel both on and off the field.

Check out our interview with Jack about his diverse range of interests!

World Rugby has announced that, while discussions will continue, a new competition schedule will not come into effect before 2024. Talks are set to explore multiple options and seek a solution that optimises player welfare, competition opportunities for emerging nations, and financial outcomes for both the international and professional club league environments. International Rugby Players issued a statement this month urging clubs and unions to fully collaborate in order to achieve a global season that works for all.

More recently, Brian O’Driscoll in his role as the International Rugby Players representative on the Rugby World Cup Board, welcomed the development that will see three and four day turnarounds removed from Rugby World Cup scheduling.

Our appointee to @rugbyworldcup board, @BrianODriscoll says it's a boost for player welfare and emerging nations: pic.twitter.com/pysOQljob2

Our congratulations to former Irish captain Lynne Cantwell on her appointmentas the first ever high-performance manager for the Springbok Women. Cantwell, who won 86 caps for Ireland, will work closely with director of rugby Rassie Erasmus and Springbok women’s coach Stanley Raubenheimer. 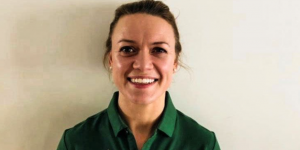 We came across this interesting piece with Paul Mullen, a native of Inis Mór who has recently moved to Salt Lake City in a bid to continue his international rugby career with the USA Eagles.

Finally, former Rugby Players Ireland Chairman Rob Kearney made his much anticipated Super Rugby debut for Western Force agiainst the Brumbies. While his side failed to prevail over the reigning champions, Kearney nevertheless produced a solid and authorative 80 minute performance.

Rugby Heaven is live Tuesdays at 8PM AEDT, only on Stan Sport. pic.twitter.com/oSmD3rx5GP