Business End of the Season

Following a frustrating start to the Six Nations, Ireland kicked on in the latter half of the Championship with successive victories over Italy, Scotland and England. While there were plenty of learnings throughout, there is much reason for optimism while several players have justifiable hopes for inclusion in Warren Gatland’s British & Irish Lions squad. 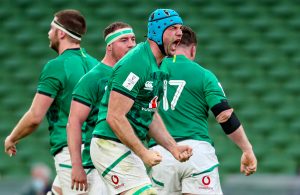 Two likely contenders are Tadhg Beirne and Robbie Henshaw who have both been nominated for the Guinness Six Nations Player of the Tournament. You can have your say here!

A few hours after the delayed conclusion of the Guinness Six Nations, many of the Irish contingent were back at it again as Leinster Rugby and Munster Rugby contested the Guinness PRO14 Final.

Our congratulations to Leinster Rugby who came away from the RDS with a fourth consecutive PRO14 title. It proved to be something of a double celebration for the champions as Devin Toner became the most capped player in the province’s history, surpassing the record previously held by Gordon D’Arcy. There were nevertheless individual honours aplenty spread amongst the four provinces with Marcell Coetzee, Scott Penny and Alex Wootton sharing the Top-Try Scorer Award, Chris Cloete claiming the Turnover King prize and Penny also being named as the Next-Gen Star of the Season. 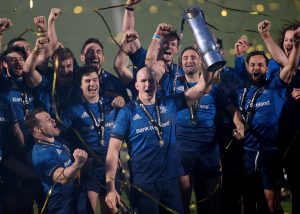 On an individual level it was a momentous month for the likes of Dylan Tierney-Martin (Connacht Rugby), Cian Hurley and Alex Kendellen (Munster Rugby) who made their respective senior debuts while Cian Prendergast, Sean O’Brien (both Connacht Rugby), Alex Soroka (Leinster Rugby), Diarmuid Barron, Jake Flannery, Paddy Patterson (Munster Rugby) and Cormac Izuchukwu (Ulster Rugby) made their first senior starts. Following over a year on the sidelines, Joey Carbery once again entered the fray.

All eyes now turn to the Women’s Six Nations, the Heineken Champions Cup and the inaugural Guinness PRO14 Rainbow Cup which will see the Bulls, the Lions, the Sharks and the Stormers get to grips with the best of club rugby in Ireland, Scotland and Wales.

The Game is Up!

Sadly, the Guinness Six Nations is also likely to have marked CJ Stander’s last contributions in an Irish jersey. The South African, who first landed in Ireland in 2012, has indicated that he will be returning home at the end of the mid-year Test window. Throughout his time in Ireland, Stander garnered enormous respect for his commitment to both the Irish and Munster Rugby cause and will be greatly missed by all.

So too will Stander’s teammate Billy Holland who has also decided to move on from the game. The second most-capped player in Munster Rugby’s history, Holland has been one of Irish Rugby’s great servants since he first appeared on the senior stage in 2007. The winner of the Zurich Contribution to Irish Society Award last year, he is set to have an impactful future off the field.

Former Leinster Rugby player Ian McKinley has also announced that he will be retiring from playing. McKinley was initially forced to retire 10 years ago when his left eyeball was perforated and his retina detached during a game. Having moved to Italy to coach, however, he began to play again for Leonorso in Italy’s third division and, in his distinctive goggles, went on to represent Viadana, Zebre and Benetton as well as the national team. 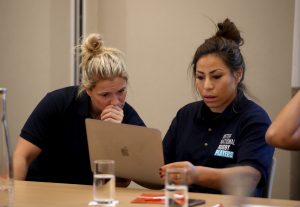 It was to our great delight to see that Sene Naoupu has been appointed to the role of Head of Strategic Projects and Research at International Rugby Players. Having played for Ireland since 2015, Sene brings plenty of international rugby experience to the role while she also represents players on World Rugby’s Women’s Advisory Committee. Sene has previously undertaken sports strategic consulting roles with various unions and federations. She will be joined on the team by England’s Rachael Burford who assumes the role of Head of Women’s Rugby.

We look forward to working closely with both! 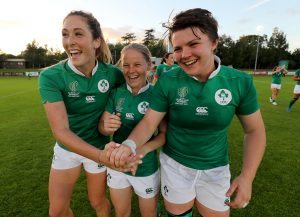 The respective International Rugby Players’ appointments of Sene and Rachael also coincided with the announcement of a new three-tier annual global women’s international 15s competition within a restructuring of the test calendar. Launching in 2023, WXV will revolutionise the women’s international rugby landscape, providing for the first time a meaningful pathway for all unions and a competitive springboard towards an expanded 16-team Rugby World Cup in 2025. 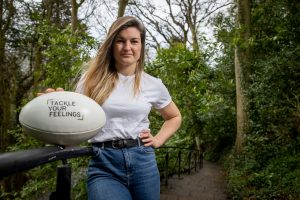 Tackle Your Feeling’s #BeKind campaign ramped up towards the latter stages of the Guinness Six Nations. Having addressed the issue in earlier rounds, an animated series was launched to highlight negative online behaviours. Using a script compiled by real tweets directed at Irish players, we hear young children carry the story and ultimately pose the question as to whether we would be happy to hear children speak in the playground in such terms.

In addition to the animations, Anna Caplice and former British & Irish Lion and England international Ugo Monye came forward to drive awareness of the campaign. This was further complimented by a host of prominent figures in the wellbeing sector also encouraging people to #BeKind across the final weekend of Six Nations fixtures. 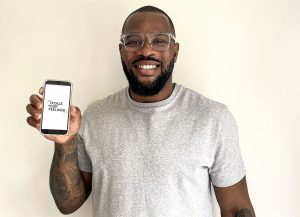 In what was a busy few weeks, the Tackle Your Feelings team was also proactive online by responding to toxic tweets with a particular focus in particular on comments directly targeting players. Indeed, such was the volume of vitriol online that several unions also chose to speak out on the matter.

With lockdown restrictions prolonging for at least another few months, rugby once again provided something of a glimpse into the future.

…by the people who matter most 💚#GrassrootsToGreenShirts

The squad will be further boosted by the experience of incoming South African lock, Jason Jenkins who joins from Toyota Verblitz in Japan.

As the final months of the season play out, some players have availed of opportunities beyond Ireland. Darren Sweetnam has joined Ronan O’Gara at La Rochelle while Stephen Kerins has linked up with Bristol Bears. Sweetnam’s Munster Rugby teammate JJ Hanrahan is also France bound having signed with Clermont Auvergne ahead of the 2021/22 campaign. Meanwhile, Scottish-qualified Adam McBurney departs Ulster Rugby for Edinburgh.

Back at Kerins’ new base at Bristol, Bryan Byrne and Niyi Adeolokun have committed their futures to the Premiership club. Having joined the Pat Lam revolution at the tail end of last season the pair have cemented their respective positions within the squad and can look forward to further progression in southwest England. A shining example for the duo is Niall Annett who recently marked 100 first-team appearances for Worcester Warriors.

In Australia, Rob Kearney continues to make his presence felt. The veteran full-back who recently turned 35, has drawn a sizeable Irish ex-pat community to HBF Park while he has also been busy integrating with local initiatives.

Ha class to see so many paddies after the game – Thanks for coming and cheering on the boys 🍀 https://t.co/FHTwzLTBQm

As part of our continuing series on The42.ie, ex-Leinster man Darragh Fanning reflected on his career and transition with Garry Doyle. Now the owner of 10 Zambrero restaurants in Ireland, Fanning’s rugby journey is one of the more unique tales in the game.  Read the interview here!

March also marked the release of Aidan McCullen’s book ‘Undisruptable: A Mindset of Permanent Reinvention for Individuals, Organisations and Life.’ The former Leinster & Ireland player has gone on to become a thought leader on change as well as being a lecturer, keynote speaker and host of The Innovation Show.

We speak to Aidan about his new book here.

Finally, one month on from the passing of Gary Halpin, Trevor Brennan pays tribute to his friend and teammate.