The end is nigh! Or so we hope… 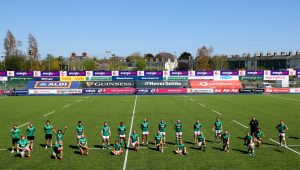 Having last played a game in October, Ciara Griffin and her Irish teammates were champing at the bit ahead of their Six Nations opener against Wales on April 10. The energy and enthusiasm was clear for all to see as the side raced into an early lead, ultimately winning out 45-0 in Cardiff. Unfortunately, the French proved to be a different proposition on April 17 but pride was firmly restored on the final weekend of a truncated championship with a convincing 25-5 win over the Italians. The win placed Ireland third in the competition. 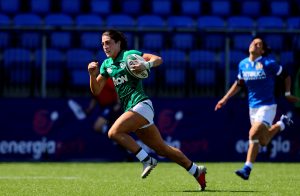 The squad will take plenty of confidence into their preparation for their World Cup qualifier in the months ahead, while the group will also have been boosted by the Test introductions of Stacey Flood, Eve Higgins, Emily Lane, Grace Moore and Amee-Leigh Murphy Crowe.

Our thanks to Robin Copeland who helped us launch this year’s Big Rugby Run from France! Robin is a champion of the Tackle Your Feelings campaign and played his part in raising awareness of the event, which is being organised by Johne Murphy and the PSA Academies, intends to equip nominated TYF ambassadors in rugby clubs throughout Ireland with the skills to support their club community as people get back to their clubs in the weeks and months ahead.

Get involved and support your clubs! More information here!

The Show Must Go On…

With the Guinness PRO14 trophy having been delivered to Leinster Rugby HQ, attentions swiftly turned to Europe’s Champions and Challenge Cups. Unfortunately Munster Rugby and Connacht Rugby failed to progress despite spirited efforts against Toulouse and Leicetser Tigers. However, Leinster Rugby secured their place in the Heineken Champions Cup smei-final with an impressive comeback away to Exeter Chiefs while a Michael Lowry inspired Ulster Rugby moved past Harlequins in the Challenge Cup to set up a semi-final clash with Connacht’s conquerors.

The newly devised Guinness PRO14 Rainbow Cup was subject to a late modification following confirmation that the South African sides would not be travelling to Europe. Fans were nevertheless treated to two entertaininginterprovincial clashes with Connacht Rugby and Munster Rugby prevailing in the opening weekend of the tournament. The games were also notable for the return of Will Addison from long-term injury, while Cormac Foley and Martin Moloney won their first senior Leinster Rugby caps. 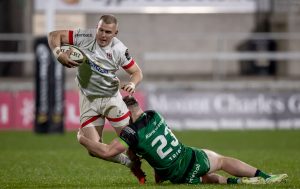 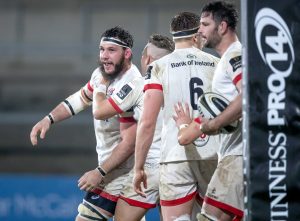 Players from the four Irish provinces dominated the Guinness PRO14 Awards upon the conclusion of the campaign. Marcell Coetzee, who recently departed Belfast to return to South Africa, was the big winner on the night having been named the Guinness PRO14 Players’ Player of the Season. Scott Penny was named Next-Gen Star, Chris Cloete was the Turnover King while JJ Hanrahan scooped the eirsport Try of the Season. Coetzee and Penny were also confirmed as joint Top Try Scorers alongside Connacht Rugby’s prolific Alex Wootton. 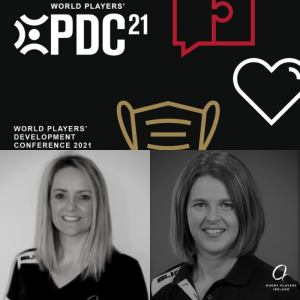 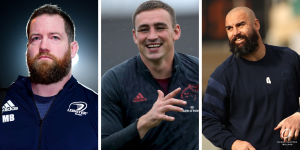 Despite having enjoyed a successful season, Dream Team member Michael Bent has announced that he will be retiring from professional rugby upon the completion of the Guinness PRO14 Rainbow Cup. Capped four times by Ireland, the New Zealand born prop also lined out for Leinster Rugby on 155 occasions over nine years in Dublin. An industrial electircian, throughout his time here, Michael has used several work experience opportunities to keep his head in the game! Read!

Tommy O’Donnell will also be bringing down the curtain on his career at the end of the current campaign. A Player Development representative on behalf of Rugby Players Ireland at Munster Rugby, O’Donnell racked up 186 appearances for his province as well as earning 13 Irish caps over a 14 year professional career.

Veteran Wallaby Scott Fardy also announced his intention to retire from the game. Since joining Leinster Rugby in 2017, Fardy was capped 76 times by the province claiming a Heineken Champions Cup and four Guinness PRO14 titles in the process.

We wish Michael, Tommy & Scott well for the rest of the season and in their future endeavours. 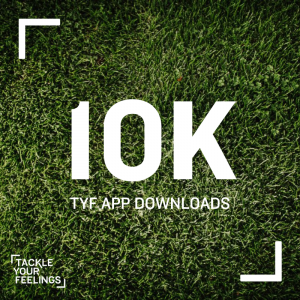 Tackle Your Feelings (TYF) celebrated a huge milestone for the campaign in mid-April when it passed 10,000 downloads of the TYF App since it was relaunched in September 2019!

It was also interesting to note that following much scrutiny in both footballing and rugby circles, Instagram users be able to filter out abusive messages and comments they receive as part of a new update unveiled by the social media platform.

April 30 was National Workplace Wellbeing Day. However, TYF notes that workpace wellbeing should remain a priority throughout the year and is therefore offering a free workplace wellbeing webinar for businesses. Interested parties are advised to contact Christina Mahon (christina@rugbyplayersireland.ie). 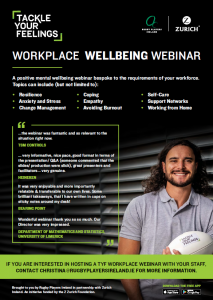 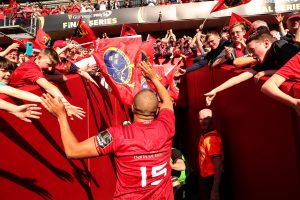 While European and domestic competition kicks on, the ordinary contractual calendar meant that the comings and goings of players occupied plenty of headlines in April.

It was big news when it was announced that Simon Zebo will be returing to his beloved Munster Rugby after his French sojourn. Zebo has already banked 144 appearances in red and will hope to add to his club record 60 tries.

Other deals have seen Eoghan Clarke link up with the Jersey Reds while Darren Sweetnam made his La Rochelle debut having also departed Munster Rugby in recent weeks.

Michael Alaalatoa (Crusaders) and Irish qualified Mack Hansen (Brumbies) will be departing Super Rugby for Leinster Rugby and Connacht Rugby respectively. We look forward to welcoming them to Ireland.

Unfortunately, Cormac subsequently sustained an ACL injury while in action against Harlequins. We wish him well in his recovery.

In England, Jack Stafford made his Harlequins debut in their Challenge Cup clash with Ulster Rugby. Former Leinster Rugby player Oisín Heffernan made his Northampton debut in their recent win over Leicester Tigers, while Conor Maguire also made his Premiership bow as Gloucester took on Newcastle Falcons. Bill Johnston has joined Ealing Trailfinders on a short term loan.

Former Ireland U18 international Karl Martin will join the Montpellier academy from next season.

Luke Carty made his first start for the LA Gilintis, while Harry and Sean McNulty lined out together for the club for the first time.

Earlier this month we spoke to former player John Andress about his transition out of a career that saw him line out for eight clubs. Using his vast experience of the market, Andress has since become an IRFU registered agent with Edge Rugby Management. Check out the interview here!

Former Irish out-half Nora Stapleton opened up on her experience of retirement from international rugby in an article with Michael Moynihan of the Irish Examiner. Read it here.

8 months into retirement, Conor Gilsenan also shared how he has used his transferable skills in the real world via LinkedIn. You can read Conor’s Transition Diaries here.

Dan Tuohy‘s new business The Belfast Mask Company was the focal point of Dan’s recent chat with Rugby Players Ireland. Honest as ever, the former Irish international also shared his own opions on the current state of the game. Read it here!

Rory Best and Allen Clarke have taken up interim coaching positions at the Seattle Seawolves in the MLR. Fellow Ulsterman Kieran Campbell has linked up with Ealing Trailfinders while Ronan O’Gara has been named as the Director of Rugby at La Rochelle. We wish all well!

Finally, Damian Browne continues his latest adventurous quest. Follow him on Instagram as he bids to scale Mount Everest!