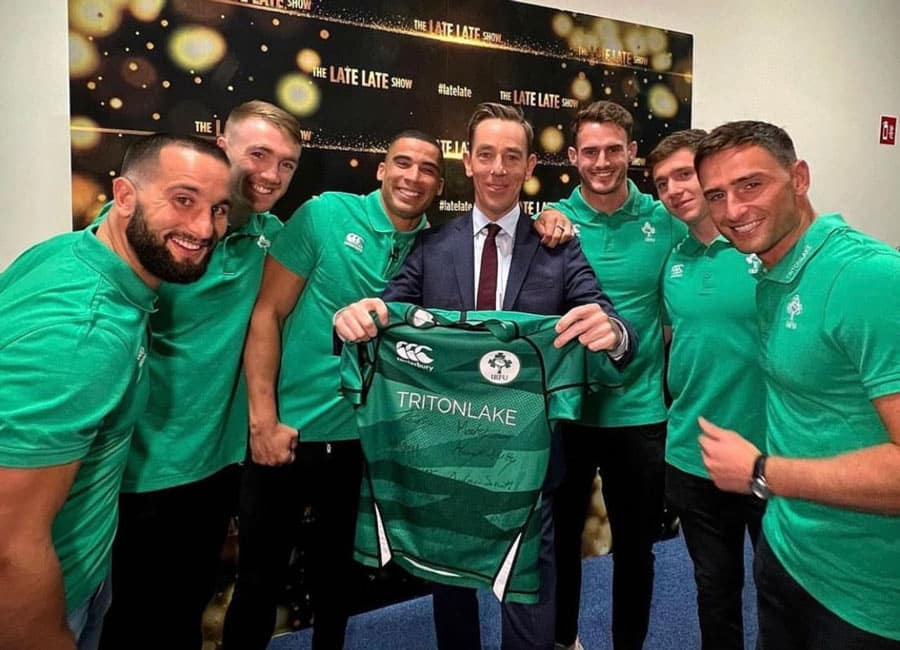 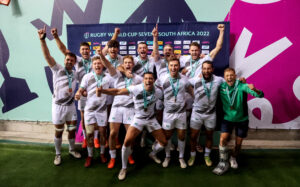 Our Men’s 7s members enjoyed some well deserved time in the spotlight following their bronze medal at the Rugby World Cup Sevens tournament in Cape Town. The side, led once again by Billy Dardis, came twice from behind to defeat Australia in the third-place play-off having fallen to New Zealand at the semi-final stage.

The third-place finish represents Ireland’s best finish at a Sevens World Cup, and caps a hugely encouraging year for the squad on the World Series circuit which also included an appearance on The Late Late Show with Ryan Tubridy.

In May, Ireland secured their first medal as a World Series core team, taking silver in Toulouse. They finished fifth in the final World Series overall standings – their best finish since joining the circuit as a core team in 2019.

Meanwhile, the Ireland women wrapped up their World Cup campaign by beating England to secure a seventh place finish. While the team will have been disappointed with their overall performance, the expectation levels are indicative of how far the side has come in a short space of time.

Instant impact from the restart 💥@ParsonsBeibhinn, with a touch of individual magic ✨#RWC7s | #HereToSevens | @IrishRugby pic.twitter.com/1rLmpHSCl3 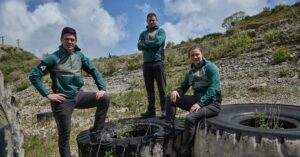 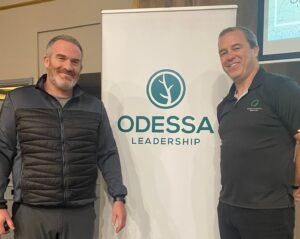 As her former captain tackled the elements and gruelling challenges, Linda Djougang became the latest ambassador for Tackle Your Feelings. The Irish international prop, who arrived in Ireland with her father as a nine-year-old, shares her story that highlights the importance of showing the vulnerable side of your personality and prioritising self-worth when it comes to mental health.

With added emphasis on the Schools Programme, Tackle Your Feelings also took to the national airwaves with Iain Henderson, James Lowe, Hannah O’Connor and Simon Zebo all lending their voice to an all-Ireland radio campaign. Meanwhile, Leinster Rugby player Martin Moloney instigated a visit to his former school at Knockbeg College to share the message of Tackle Your Feelings, supported by his teammate Max O’Reilly.

Furthermore, Eimear Considine, Billy Dardis and Andrew Porter all joined Joe Molloy on Off the Ball for a very honest chat about how they have overcome the challenges in their lives.

Craig Casey continued his relationship with the MidWest Simon Community by donating playing gear to their September fundraising ball.

Hugo Keenan announced that he has joined Childhood Cancer Ireland as an ambassador. The charity’s aim is to ease the burden of diagnosis and treatment on children and their families by raising funds to provide practical and emotional supports. Text GOLD to 50300 to support. 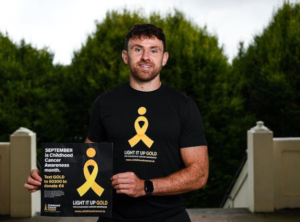 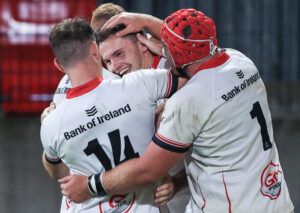 Whilst plenty was happening off the field, many of our members were back to it at the new BKT United Rugby Championship kicked off. While the various squads have had a mixed start to their respective campaigns there have been numerous silver linings with the likes of long-term absentees like Jacob Stockdale and Will Connors returning to action.

A number of the younger contingent also received a boost when named in Simon Easterby‘s Emerging Ireland squad. Max Deegan, who has endured a difficult spell following an ACL injury was tasked with leading the side out for the first game of the series against the Windhoek Draught Griquas.

Having been in the Emerging Ireland squad earlier in the month, Calvin Nash lended his growing profile to EU Athletes’s #HealthyLifestyle4All campaign. Nash joined a host of athletes from across Europe in sharing tips on creating and maintaining healthy habits.

As an organisation we believe that teaming up for a
holistic approach to food, health, well-being and sport is crucial.

Our members and their players have a message for you.#HealthyLifestyle4All

Plenty of our past players have also been in the news this past month.

Elsewhere in Munster, Donncha O’Callaghan will link up with Davy Fitzgerald’s Waterford hurlers this season. The RTÉ presenter, who features as a coach with Fitzgerald on ‘Ireland’s Fittest Family’ joins the backroom team as a performance coach.

In an interview with The42.ie, O’Callaghan’s former teammate Barry Murphy tells of how he struggled with the sporting afterlife until a couple of old friends – including the late Anthony Foley – intervened. Read his interview here.

September also saw the launch of After the Roar, a BT Sport documentary presented by Brian O’Driscoll that explores the mental toll of retirement on male athletes. Former Leinster Rugby player Conor O’Brien also touches upon similar issues in an Off the Ball segment.

Our members are reminded that our supports remain available to them in retirement.