To Hell and Back

Reflecting on his experience on RTÉ’s Special Forces Ultimate Hell Week, it was put to Andrew Trimble that the experience was no different to Irish Camp under Joe Schmidt.

“Yes,” the former Ulster player conceded, “but Joe Schmidt never burst into the room in the middle of the night, threw a firework at you and said ‘you’re going into the well’.”

While they never had to stoop to such levels during their rugby careers, Trimble and his fellow 2021 contestants Barry Murphy and Anna Caplice could nevertheless see how some comparisons could be drawn with their playing of the game. Over a week of filming there were any amount of physical obstacles and mental hurdles but it was returning to base at the end of the day that mostly struck a rugby chord.

This year it’s the turn of Billy Holland, Fergus McFadden and Ciara Griffin to join forces and face down the challenges set by the DS team and Rossa O’Donnell, Special Advisor to the programme. In recent months, O’Donnell has worked closely with members of Rugby Players Ireland on the Venture Leadership Programme through his own consultancy group Odessa Leadership where he imparts learnings gleaned over an extensive military career.

Incidentally, O’Donnell is also a first cousin of McFadden. At any given opportunity the former Irish international is at pains to remind his elder that he was born in the same summer that the retired Army Ranger joined the Irish Defence Forces. Inevitably, Special Forces Ultimate Hell Week put paid to their familial relationship for a few days. 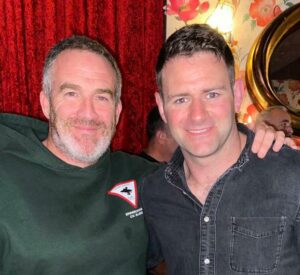 “Obviously I kept a close eye on Fergus’ career but having spent a week with him in our environment I got to see exactly why he has 35 caps for his country, not to mention his Leinster longevity” O’Donnell says. “He grafted his way to the top. He’s the type of character who’ll have his fun but once he puts on the hat, he gets after it. Over his career, numerous people realised that they needed a Fergus in their group.

“I’m always intrigued by how elite athletes take to the challenge. It’s clear that Fergus, Billy and Ciara have immense qualities that helped them get to the very top of their game. Unfortunately, they quickly found out that just because you excelled in sport doesn’t mean you’re going to sail through Special Forces Ultimate Hell Week.”

A former player of some note for UCG, Irish Universities and Shannon, O’Donnell recently presented at the Rugby Players Ireland/IRFU Rookie Camp. Naturally, O’Donnell’s repute ensured that his young and high-performing male audience barely flinched throughout his workshop. However, O’Donnell insists there’s a greater curiosity out there beyond the clichéd audiences.

“We come from a world that is relatively untapped and new to the public arena,” he says. “There’s always been a cloak and dagger element to what our old unit does and that tends to fascinate people.” He points out that an estimated 400,000 people will watch Special Forces Ultimate Hell Week over the coming weeks.

“I’ve no interest in regaling war stories though,” he says as he restores his Odessa Leadership hat. “Instead, my job is to translate the principles I’ve learned during my career and apply them to the group I’m working with – whether that’s a group of young rugby players or the Kerry Businesswomen’s Network. 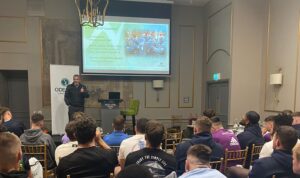 “Once you disarm them and show how what we did has parallels in their world, they’re mad to learn more: how to communicate in a pressurised environment, decision making, leadership styles, resilience, composure, even kindness – just a sample of some elements that will get their team safely through a crisis.

“You have to convey our experience in the right way and also be empathetic towards people because they tend to be tougher and more experienced than they realise. I simply try to help them see it.”

Naturally, there are limits to the methods O’Donnell can use to share his learnings in a corporate climate. The extremities of his old day job simply wouldn’t fly. However, O’Donnell recognises the value of his USP and how his experiences can help teams in other worlds enhance their capacity to operate, achieve and self-evaluate to the highest standard in the harshest environments.

Crucially, O’Donnell also believes that there is sufficient demand in various high-performance environments to seek an understanding of these principles upon which he leans his business. He maintains that the combination of humility, empathy, purpose and integrity can be very powerful, especially in the context of building teams and identifying leaders.

“They key to it all is in the unveiling of vulnerability,” he suggests. “What you see on TV is us taking an express train into the vulnerabilities of the participants. The relentless physical testing and assault on the senses is designed to bring everyone to their knees, both literally and metaphorically.

“When you’re in a trough of pain, all the layers of your person are peeled away. You see the good and the bad. You see someone for who they truly are. When they finally get back to their feet and they’re inculcated with your teachings, strong bonds will have formed because they will have seen each other at their weakest point. It’s very revealing and ultimately feeds into the individual confidence of team members.” 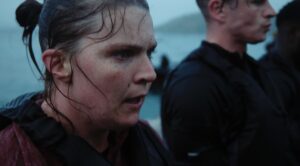 Over the course of his military career, O’Donnell came to know hardship like not many others. Indeed, as he strode into the Rookie Camp last month, there was an air of invincibility to his character. O’Donnell would beg to differ.

“My Army Ranger Wing selection process back in the day was a huge test of my character. I was a physically strong and emotionally resilient person but ultimately my confidence was low. I had to go through that experience, go to the depths of my being, to realise that I could be as good as the person next to me.

“Army Ranger Wing Instructors saw this in me. They built my self-confidence by the smallest of subtle gestures to say: ‘You’re good enough to come play with us’. This is true of nearly everyone in their environment with the right guidance.

“The Special Forces world is about collaboration to a fault. Yes, there is a ‘weeding out’ process at the very start. You have to get rid of people who baulk at the challenge. In the Special Forces Ultimate Hell Week context, I have seen some of the best athletes this country has produced with pure fear and uncertainty in their eyes. This can be toxic because when others see someone of that calibre in that state, they can be begin to question themselves. We never want people to leave because of someone else’s uncertainty or fear. 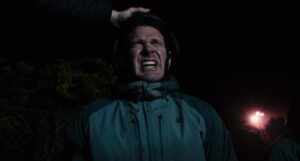 “Even at that point I will always be the person to look for the smaller voices in the group because they often belong to the best people in there. They’re the ones who have generally struggled through something to get into that room but might wonder about their own value.

“Despite what it might look like, the soft skills of our training are hugely important. It’d be like Johnny Sexton putting an arm around a young Leinster player and asking him his opinion. It’s very powerful.

“I equate what we did in the Army Ranger Wing to being in a dressing room with good people. A team will gain in confidence because once each member has been tested they will look around the room and say, ‘right, I’m here for a reason and these individuals understand that’

“Isn’t that what we all want?”

With each celebrity recruit representing a charity of their choice the stakes are high, the longer they can last in Hell, the more money they will raise for their worthy cause.

To donate, click on the image of your favourite recruit. 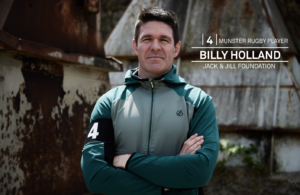 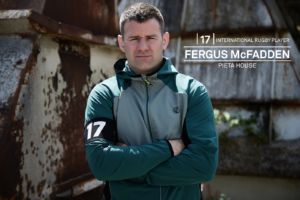 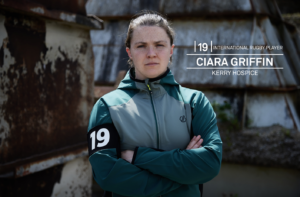