Our congratulations to our Leinster Rugby members on claiming their third successive PRO14 title (and fifth in eight years) following victory over Ulster Rugby in mid-September. A determined display from the northerners was undone by Leinster opportunism with a Robbie Henshaw intercept and a powerful Caelan Doris score sealing the fate of the tie. It was a 25th consecutive win for Johnny Sexton and his teammates, who bestowed the honour of lifting the trophy upon the departing duo Rob Kearney and Fergus McFadden. 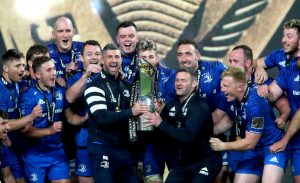 Despite both finalists going into the Heineken Champions Cup knockout stages battle harderend, two European giants awaited them in the form of Saracens and Toulouse. While a rousing second-half put Leinster within touching distance of their English opponents, there was ultimately too much ground to recover following a strong start from the Championship bound side. Unfortunately, Ulster failed to stem the tide the next day as they were put to the sword by their French counterparts.

Though the break has been brief, all squads will feel a little short changed from the final weeks of the 2019/20 season. With kick-off for the 2020/21 season imminent, everyone will be keen to get going again. Needless to say, we wish all our members every success in the year ahead!

Whilst no Irish side will be involved in the Heineken Champions Cup Final on Ocotber 17th, there will neverthless be a healthy Irish representation in the decider. Donnacha Ryan and Simon Zebo will hope they can help steer Racing 92 to a first European Cup in the club’s history, with their former Munster Rugby teammate Mike Prendergast also hoping to influence proceedings from the sidelines. 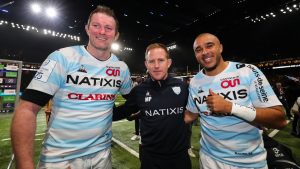 Meanwhile, Gareth Steenson could cap a remarkable personal journey if Exeter Chiefs manage to claim a first title of their own. Having left Ulster Rugby in 2006, the fly-half joined Rotherham Titans in the National League. He would soon move to the Cornish Pirates before linking up with an evolving Exeter side. With Steenson to the fore, Exeter earned promotion to the Premiership in 2010 and scaled the heights of the league in 2016/17. Fellow Ulsterman and Irish international Ian Whitten  is also at the club having joined from his home province in 2012. 33-year old Whitten played a key role as Exeter sealed their place in a first European Cup final with defeat of Toulouse. 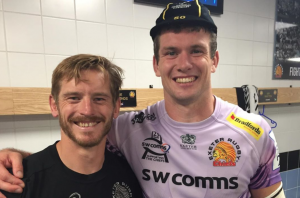 We wish all well as they ehad into an exciting few weeks! 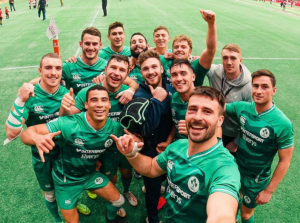 Our congratulations to the Men’s Irish Rugby Sevens team who were awarded the Capgemini Momentum Tracker Award. The Momentum Tracker is a new and unique way to use key match data and algorithms to get a clearer picture of a team’s performance levels. On their inaugural World Series appearance, Ireland earned their stripes by combining flair and hard work and have become feared for their outright tenacity. Plenty to build on!

Additionally, following a prolific campaign that saw him top the try scoring charts, Tullamore’s Jordan Conroy was named in the much coveted HSBC Dream Team.

Well done to all!

It was with great delight to us that a number of our members ensured that they put the idle time caused by the pandemic to good use over the past few months. Players including Will Connors, Ian Fitzpatrick, Bryan Mollen, Robbie Henshaw, JJ Hanrahan and Cian Kelleher have all attained qualifications in recents weeks! Nice too that many have acknowledged their Player Development Manager’s role in their journey! 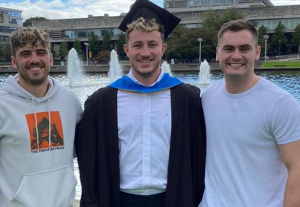 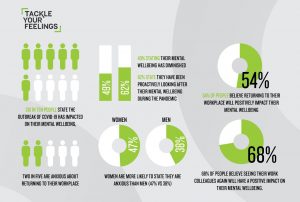 As offices and workplaces began to reopen, Rugby Players Ireland and Zurich revealed research on people’s mental attitudes on mental wellbeing and the return to work as part of the Tackle Your Feelings programme. While mental wellbeing was ideintified as a key concern, 40% of Irish people are unsure how to manage it.

Ahead of the new campaign it was heartening to see some familiar faces step up their involvement once again. Having moved away from the squad to continue her training in emergency medicine, former Ireland captain Claire Molloy returned to the fold as Ciara Griffin‘s charges close in on their rescheduled Six Nations ties against Italy and France in late October. 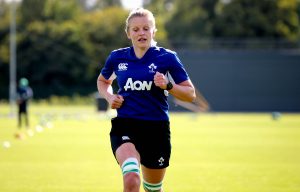 Following a horror injury in the midst of Ireland’s U20 Grand Slam campaign last year, David Hawkshaw finally put 18 months of frustration behind him to line our for Leinster Rugby A against Ulster Rugby A at the RDS last week. While it had been hoped that Dan Leavy might also tog out for the same game, the flanker continues his recovery in earnest and is set to cap a remarkable recovery in the weeks to come. Furthermore, over 400 days since she last took flight, we were delighted to see that Garda Niamh Briggs has been back running lately! 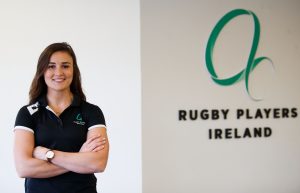 Those who will not be involved this season include Rugby Players Ireland Executive Board members Louise Galvin and Eoin McKeon. A physiotherapist by trade, Galvin joined the frontline at the Midlands Regional Hospital in Tullamore for the early part of the Covid-19 pandemic. Now in a full-time position with the HSE in Dublin, Galvin has decided to call time on her Irish Sevens career and ‘give youth a chance’. Incidentally, she will return to play with UL Bohs in Limerick whilst she also helped her local GAA club Finuge/St Senans claim a Kerry Intermediate Championship in recent weeks! 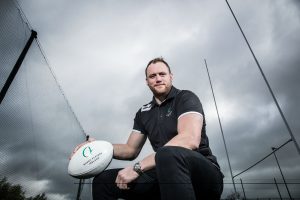 Released by Connacht Rugby earlier this year, Eoin McKeon had been playing his intentions for the future close to his chest. While he didn’t give a specific indication of what the might be in a statement to announce his official retirement, McKeon said he felt he is now ‘in a position to decide what is best for me’ and is therefore hanging up his boots. The Galway man earned 137 appearances for his native province, helping them to their Pro12 title in 2016, while he also played for the Ireland U20s, Emerging Ireland, and the Wolfhounds.

Denis Coulson, McKeon’s former teammate at Connacht, has also decided to call time on his career following stints in Galway and in France with Grenoble, Stade Francais and Carcassonne. Conor Gilsenan, who also spent time in Galway, has been forced to retire from the game with immediate effect due to medical reasons. One of London Irish’s longest serving players, Gilsenan came through the ranks at Leinster Rugby.

Jetting Off into the Sun(set) 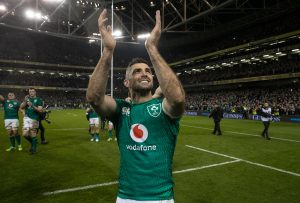 While Rob Kearney‘s Leinster Rugby departure has been known for sometime, his destination was finally confirmed last week. Following an open letter bidding farewell, it was announced that the most decorated player in Irish Rugby history will be linking up with the Western Force in Perth, Australia ahead of their 2020/21 campaign in the coming months.

“I am delighted to be joining the Western Force for their upcoming season and excited to play with such an ambitious club who are looking to improve on this year’s campaign,” Rugby Players Ireland’s chairman explained.

“I hope to add value both on and off the field that complements the high ambition of the club.

“I’m particularly excited to immerse myself in a new performance environment and to play both with and against some of the best players and teams in the southern hemisphere.

“I look forward to moving to Western Australia to begin building relationships with my new teammates and coaches alike and to meet the ever-growing Western Force fan base which also includes a strong Irish contingent.”

We wish him well. 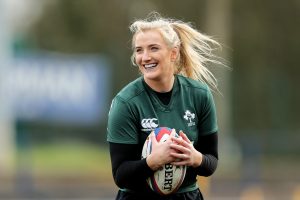 Top points scorer in the 2019/20 AIL season with Clontarf following his return from Australia, Sean Kearns continues to chase the professional dream by joining Rugby Colorno in Italy’s Top12.

In the MLR, Conor Kindregan has resigned with the New England Free Jacks, Charlie Connolly has returned to the Houston Sabercats, while former Connacht Rugby player Jamie Dever has joined Old Glory DC.

In New Zealand meanwhile, Jack Regan (Otago) and Conan O’Donnell (Counties Manukau) have been thrust against several All Blacks as they continue their respective campaigns in the Mitre 10 Cup.

Yvonne Comer, Cathal Sheridan and Eoin Sheriff have been announced as the recipients of an IMI/Rugby Players Ireland scholarship to participate in an upcoming IMI professional diploma.

Stretching back to 2014, the scholarship aims to help bridge the gap between the end of an athlete’s sporting life and their professional career. To date, 21 rugby players have participated and completed IMI professional diplomas through the scholarship. 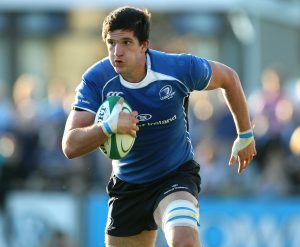 Our best wishes to Duncan Casey who has moved to Brussels to take up a position with Rud Pedersen, a leading European strategic communications consultancy group dealing in Public Affairs.

Capped 7 times by Ireland, Bob Casey has been appointed Managing Director of Korn Ferry Ireland. As head of Irish operations as one of the world’s largest headhunting firms, Casey will lead a team of 40 employees in advising some of the major domestic and multinational companies in Ireland on their talent and organisational strategies.