Joey Carbery has become the latest Tackle Your Feelings ambassador. Following Ireland’s narrow loss to France, the out-half released a new video in which he discusses the long road to recovery after an ankle injury and how countless setbacks impacted his mental wellbeing. By speaking up, turning to his support network and taking control of his own mental wellbeing, Carbery hopes to encourage others to take a proactive approach to looking after their mental health, whether it’s on or off the pitch.

In other TYF related news, Wexford GAA unveiled their jersey for the new season which features Tackle Your Feelings branding. 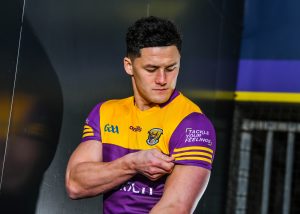 With the Six Nations looming, Rugby Players Ireland’s Clinical Lead Mark Smyth spoke with the Portobello Institute about the pressure some of the players may be feeling and how the role of psychology in increasingly prevalent in top level sport.  You can read the article here. 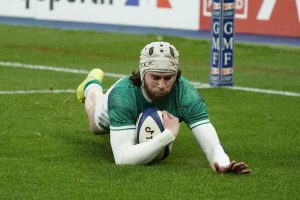 One player who seemed to take to the international stage like a duck to water was new cap Mack Hansen. The Australian born winger was named Player of the Match on his first outing against Wales in Dublin before following up with a sensational try in Paris. Mike Lowry has been another to impress on the international stage. The Ulster full-back bagged two tries in a one-sided victory over Italy. We were also delighted to see his Ulster Rugby teammate Kieran Treadwell return to the Test arena for the first time since 2017.

A further Irish cap in waiting, Leinster’s Jimmy O’Brien was called into the Irish squad for the first time prior to the Italian fixture. Unfortunately, Ronán Kelleher will see no further action in the competition through injury.

This time last year Will Connors was firmly involved in Andy Farrell’s plans, however injury has put paid to his involvement on both an international and domestic stage this season. We wish him well in his recovery.

Meanwhile, Reuben Crothers and the Ireland U20s have made a strong start to their Six Nations campaigns with a resounding win over Wales in Musgrave Park followed by the tightest of victories over a strong French team, before they eased to victory over Italy.

As part of Setanta College’s ongoing webinar series, Marcus Horan joined David McHugh, Sanita Puspure and Tino Best for a discussion on preparing for life after sport. This month Marcus also facilitated a conversation between Denis Fogarty, Barry Murphy, Eoin McKeon, Sean O’Brien and members of both the Connacht and Munster squads about the transition.

At the other end, we spoke to Ciaran Booth who signed his first professional contract with Connacht Rugby a week before he released his latest single with The Monday Night Club. You can read Ciaran’s interview with Rugby Players Ireland by clicking on the image below. 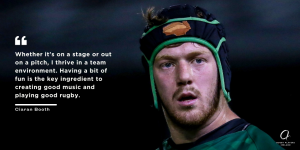 Sportswoman of the Month 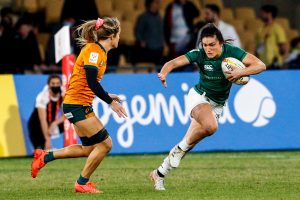 Having led her side to new heights in Seville, Lucy Mulhall was named as the Irish Times/Sport Ireland Sportswoman of the Month for January!

Over the past month we have seen more of our members commit their futures to rugby in Ireland.

Amongst those to sign on was Cian Healy who is set to continue into his 16th season as a professional rugby player. Healy’s teammates Vakh Abdaladze, Ed Byrne, Ciarán Frawley, Jamison Gibson Park, Michael Milne, Rhys Ruddock, and Josh van der Flier. They will be joined next season at Belfield by Jason Jenkins who arrives from Munster. 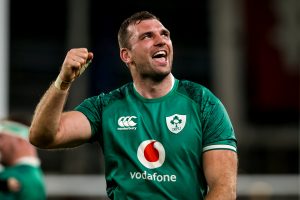 We were also delighted to see several academy players progress to senior status at Munster Rugby. Our congratulations to Paddy Kelly, Eoin O’Connor and Paddy Patterson, while Irish qualified hooker Chris Moore moves to Limerick from Exeter. Their senior teammate Tadhg Beirne has signed an IRFU contract until 2025.

Ulster have been boosted by the signing of former Munster Rugby sub-academy player Frank Bradshaw Ryan who has spent the last number of seasons developing his game in France.

Other movements this month include JJ Hanrahan who is also leaving France to join the Dragons from next season, while David O’Connor has linked up with Ealing Trailfinders on loan from Ulster Rugby until the end of the season. 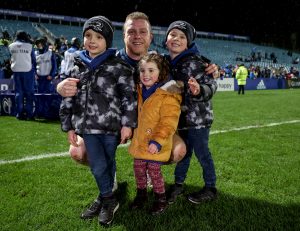 Sean Cronin celebrated his 200th Leinster Rugby appearance with his family after victory over the Ospreys. Cronin made his debut for the province against Edinburgh Rugby in October 2011 and has been a mainstay in the side ever since going on to win two Heineken Champions Cups, a Challenge Cup and six URC titles to date. He has also scored 43 tries in a blue jersey, that tally putting him at seventh in the club’s overall try-scoring list. 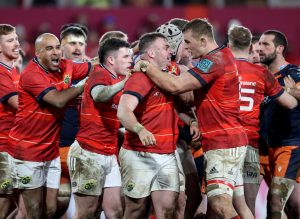 Having been released from Ireland’s Six Nations camp, David Kilcoyne made his 200th Munster Rugby appearance against Edinburgh in Limerick. The prop becomes just the 12th player to do so for the province. 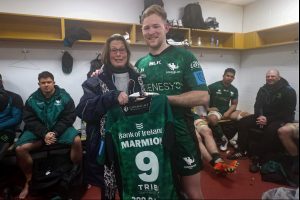 On the same weekend, Kieran Marmion joined John Muldoon, Michael Swift, Denis Buckley and Tiernan O’Halloran as a member of the Connacht 200 club in their defeat of Scarlets. 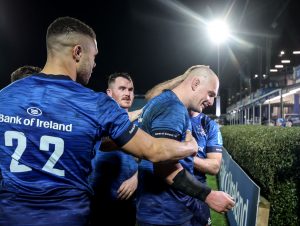 Most recently, Rhys Ruddock marked his 200th cap for Leinster Rugby with a win over the Emirates Lions. Ruddock, who captained the province on the night, made his debut in 2009 and has 27 Ireland caps. 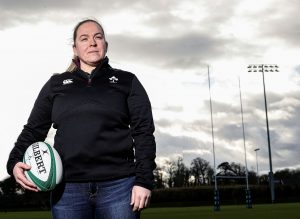 Delighted to see Niamh Briggs link up with Greg McWilliams as the Ireland Women’s Assistant Coach. The Women’s Six Nations kicks off on the 26th of March against Wales. Our congratulations to the Guinness Rugby Writers’ Club of the Year Railway Union who recently claimed the AIL title, with many of members of the current Irish panel featuring prominently on the night.

Former Connacht Rugby player Conor Dean spoke to The42.ie about his transition out of the game and into a career as a rugby agent. Read it here.

Finally, all roads are beginning to lead to London. Ahead of Ireland’s Six Nations clash with England, our heroes of yesteryear will take on the auld enemy at the Twickenham Stoop is aid of several charities including the Rugby Players Ireland Foundation. If you are travelling to London and want to take a trip down memory lane, buy your ticket and join in on the fun! 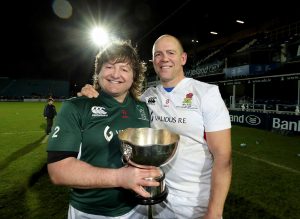