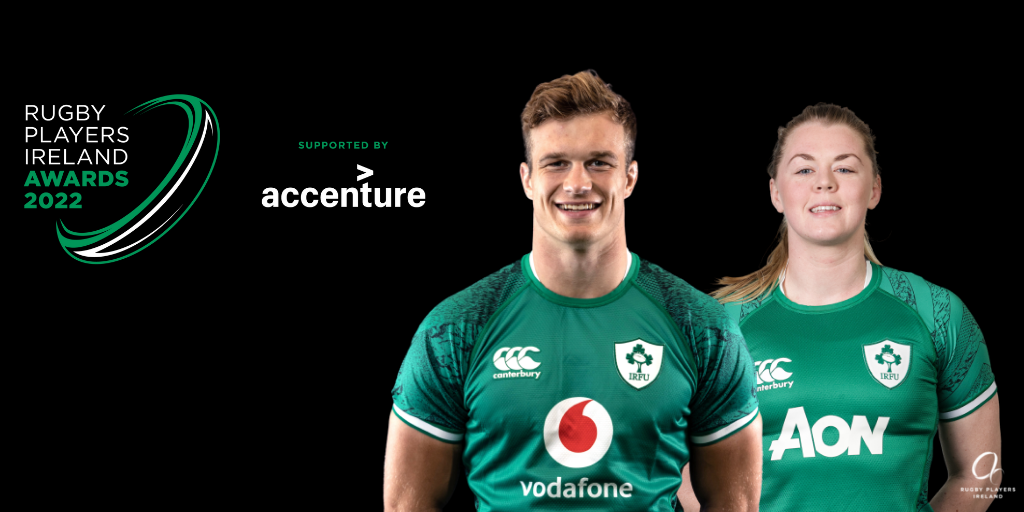 Leinster and Ireland’s Josh van Der Flier was named the Accenture Men’s XVs Players’ Player of the Year 2022 by his fellow players at the Rugby Players Ireland Awards supported by Accenture. An ever present for his country, van der Flier has continued his fine form on the European stage where he has been to the fore of Leinster’s march on Europe. He beats off formidable competition from Caelan Doris, Mack Hansen and Hugo Keenan to claim the award.

Having made his Irish debut in 2016, van der Flier has had to bide his time on the international stage amidst a host of backrow options. A nominee for the Six Nations Player of the Championship, van der Flier’s consistently excellent performances have not gone unnoticed by his peers.

On receiving his award van der Flier commented: “I have many great memories from what has been a special year for me, on both a personal and professional level. To be acknowledged by my teammates and opponents in this way is particularly humbling. A special word of thanks to my fiancé and family who continue to help guide me through!” 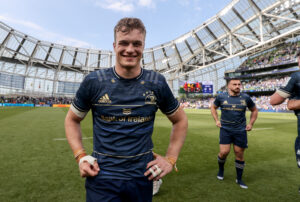 Speaking as she claimed the Players’ Player award, Monaghan said: “This team has been through a tremendous amount this year, we always keep fighting. The bravery these players have shown, past and present, on and off the pitch, is captivating. To be voted by them for this award is an extreme honour and we will continue to fight to put the green jersey in a better place for the next generation.” 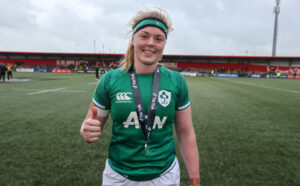 Many of the biggest names in the Irish game were present at the Clayton Hotel on the Burlington Road for what was a celebration of a season of highs and lows for the game on the field. Amongst them was Mack Hansen who accepted the Druids Glen Hotel & Golf Resort Moment of the Year Award on behalf of his Irish teammates on account of their Triple Crown success. Despite also having two efforts in the mix for the MSL Mercedes-Benz Dealerships’ Men’s XVs Try of the Year, Hansen failed to win out over Caelan Doris for his try against New Zealand.

Other award winners on the night include Terry Kennedy who was named as the AIB Corporate Banking Men’s 7s Player of the Year for a consecutive season. Andrew Porter’s work in the community was also recognised in his winning of the Zurich Contribution to Irish Society Award, while Cian Prendergast was presented with the Nevin Spence Men’s Young Player of the Year Award. This year marks the tenth anniversary of Nevin’s passing.

All of the winners on the night received a WHOOP 4.0.

Simon Keogh, CEO of Rugby Players Ireland commented: “I am delighted to see Sam, Josh and all our winners receive the recognition of their peers following what has been a hugely successful season for Irish Rugby, both on and off the field. Winning a Rugby Players Ireland Award is the highest honour an individual player can receive in Ireland. To be acknowledged by your teammates and opponents in this manner goes some way to justifying the sacrifices that are required to make it at the top-level of the game.”

Alastair Blair, Country Managing Director at Accenture in Ireland, one of this year’s sponsors, commented: said: “Accenture is delighted to support the Rugby Players Ireland Awards which acknowledge and celebrate the hard work that these players put in on and off-the-field throughout the season. I wish to extend my congratulations to all of our worthy winners tonight – and to all of those who were nominated. I look forward to seeing how each progress in their careers into the future.”