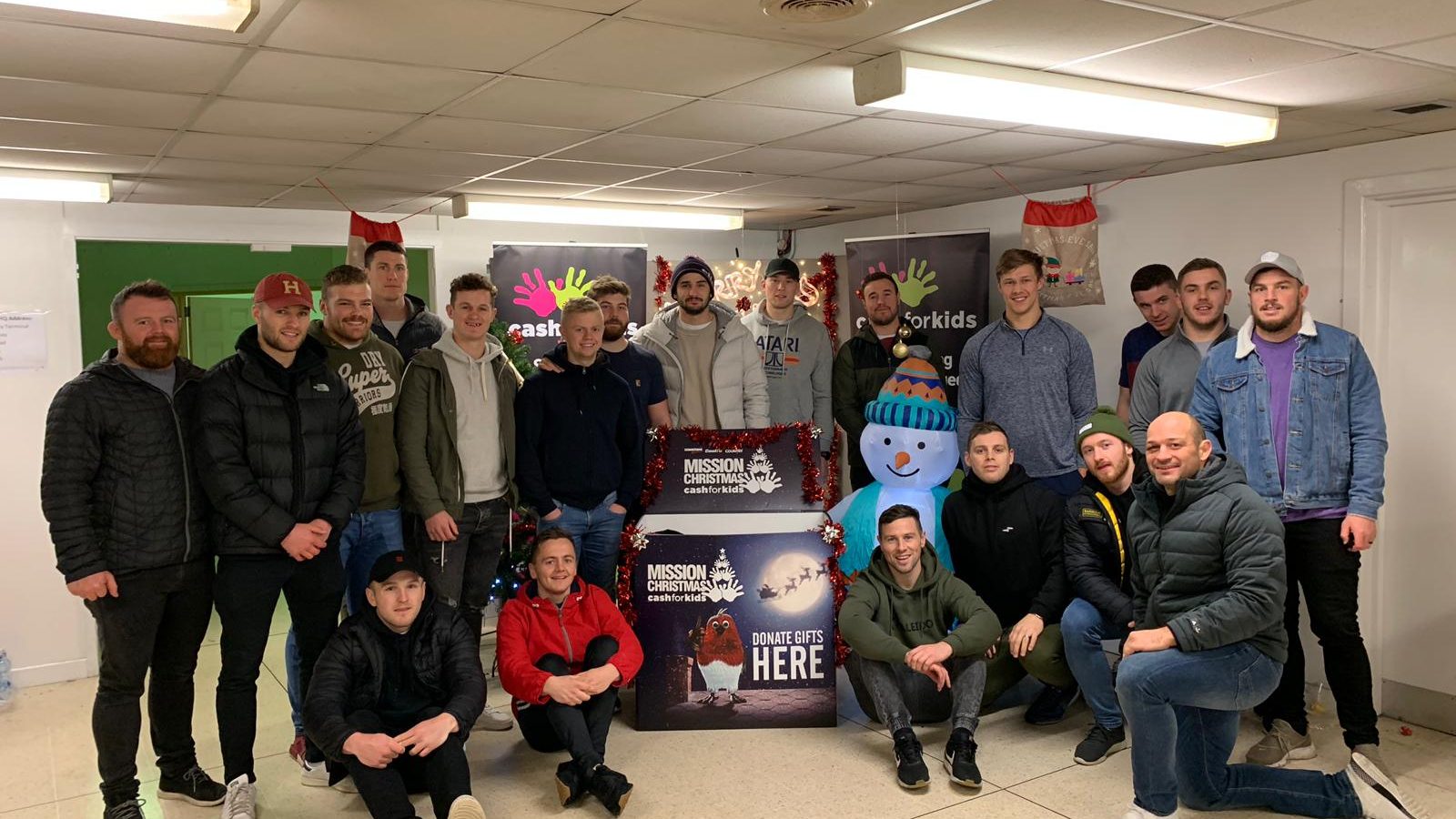 Following a visit by several Ulster Rugby players to  the Mission Christmas Warehouse last year, many more answered the Cash for Kids call this week.

‘Santa’s Workshop’ is based at the docks and currently is home to new and unwrapped gifts for children up to 18 years of age. Volunteers, including the Ulster players have been dropping by in their droves, sorting gifts and packing bags to ensure that Christmas calls to as many children as possible in Northern Ireland this year.

Speaking about his own involvement, this season’s breakthrough star Eric O’Sullivan said: “A few lads helped out with Cash for Kids last year. From listening to them we all became very aware of the number of children that go without a present on Christmas morning in Northern Ireland.” 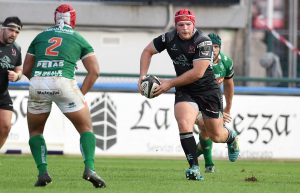 Last year, John Cooney, Peter Nelson and then Ulster fly-half Christian Lealiifano were joined by members of the Academy at the Warehouse. The players duly reported the extent of the workload back to their teammates and immediately resolved to match the task at hand with greater numbers.

O’Sullivan explains that he was taken aback by the generosity of the public. “There is a load of donated gifts, so having a number of players here can help the team get through a lot of it. After just a few hours work we know that Christmas will be coming to a few more children in the area.”

Though player-led, Rugby Players Ireland has helped to facilitate the initiative. Speaking about the involvement of the associations Ulster based members, Rugby Players Ireland CEO Simon Keogh said: “It is very important that our members recognise that they have a role to play within their communities. As role models, people of all ages often look to them for guidance and inspiration. Many of these people come from disadvantaged circumstances.

“The Cash for Kids Mission Christmas Appeal gives them a chance to make a real difference in their lives on what is, for many, the most special day of the year.”