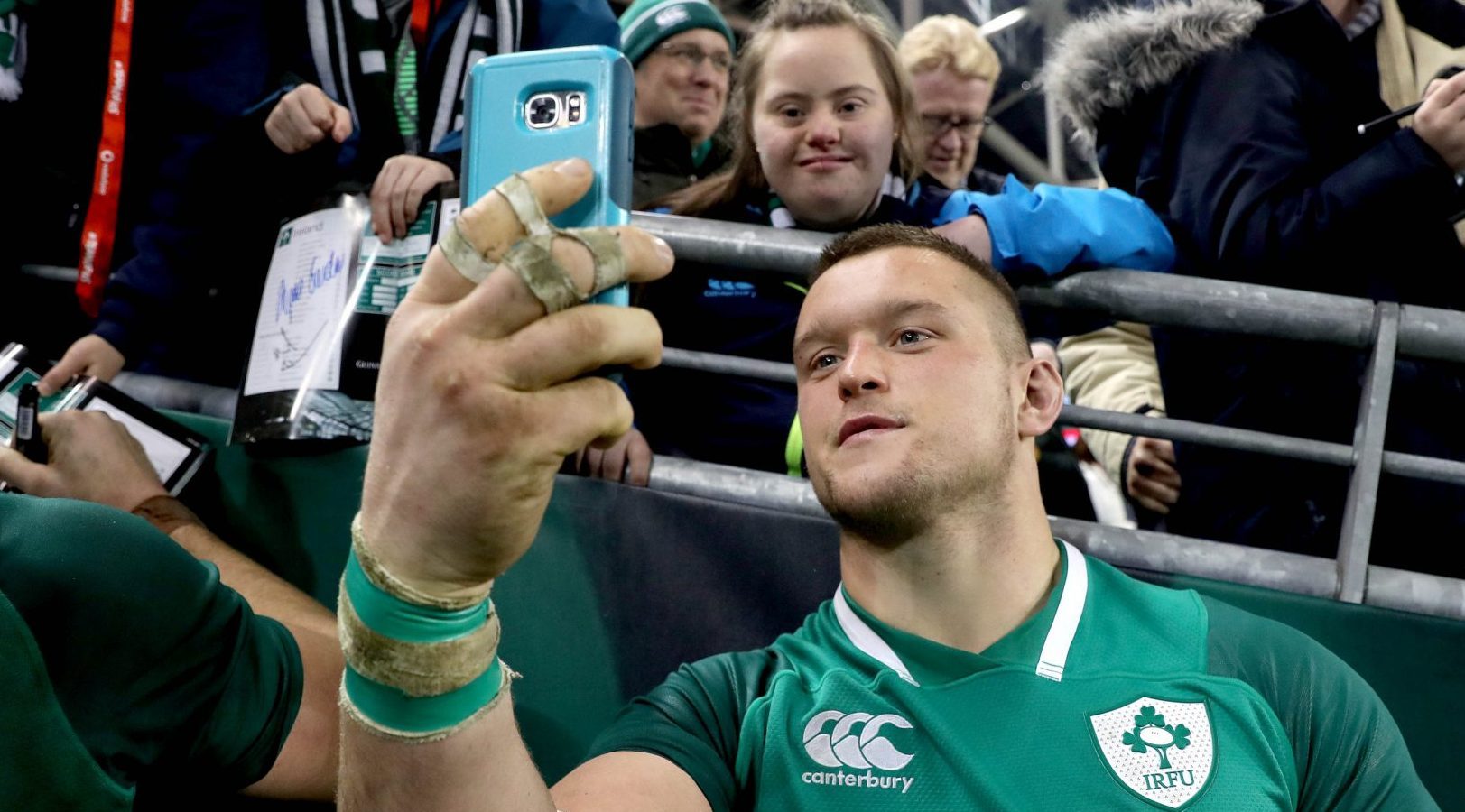 Andrew, firstly, congratulations on earning your first cap over the summer. How did it feel?

It was really an incredible experience in all, being in that kind of environment with some of the best players in the world, it was very special for me. My best memory though would probably be seeing my dad right after I came off the field. It meant a lot to me for the man who got me to where I am today to be there.

As a youngster growing up, what rugby players did you look up to?

I was always a big supporter of Jonah Lomu, I just loved his style of play. I was even lucky enough to meet him when I was younger.

Did you always see yourself as a prop?

I was always suited to the position from a young age, being the ‘big’ kid. But I also played a bit of back row during my secondary school days!

St. Andrew’s College has not always been renowned for its rugby prowess, but in recent years both you and Jordan Larmour have emerged as genuine prospects in the Leinster set-up. Did this happen by pure coincidence?

Yeah, we wouldn’t be as well renowned for rugby as our Blackrock neighbours across the road, but St. Andrew’s has turned out some great talent in the past, most notably Felix Jones. For myself and Jordan, I think it was the quality of coaches and the talent of the other players that really pushed us in the right direction. The facilities in St. Andrew’s were also second to none, particularly the strength and conditioning facilities. 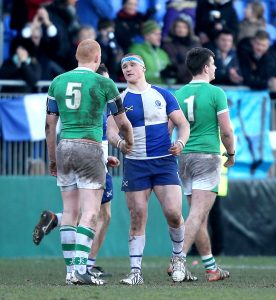 When did you realise that you had a future in the game?

I don’t think there was really any specific point, it all started moving so quickly as soon as I left school. From the Leinster sub-academy, to two Ireland U20s campaigns, to the academy, to now. If I had to pin it down to one thing though, I would say it was after we got to the final of the 2016 Junior World Championships.

With the rugby team achieving unprecedented success at St. Andrew’s, were your studies affected in any way?

I wasn’t always the most academically inclined student to be honest, and rugby did take up a lot of time and energy on top of school. But I always made sure that I had the time to get my studies done. It’s all about priorities.

What are you studying now?

How do you balance your rugby and your books?

I always find that its easiest just to get down and do the work, rather than just letting it all pile up. Whether that means just doing a small bit after a long day of training, it makes it a lot easier in the long run

There is great strength in depth in the front-row for both Leinster and Ireland. While you stand to learn a great deal, does their presence impact on your short-term ambitions in the game?

Being a young player, and relatively inexperienced compared to my counterparts, I think its something that drives my ambition even more, it motivates me to keep pushing myself and to never stop learning. 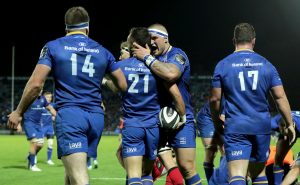 Beyond your rugby career, which we hope will be long and fruitful, what do you hope to do?

I haven’t really been able to put my finger on that one specifically, but I’m sure through my work with Rugby Players Ireland it will all become clear in the near future.

Outside of the game, what do you enjoy doing?

I’m bit of a self-confessed meathead so I enjoy going to the gym, but apart from that I like to go out with the boys!

Where do you see yourself in five years’ time?

All going well, I’d love to still be playing with Leinster. By then I’ll hopefully have represented my country a bit more too!