SEXTON & MCCAW TO THE FORE OF DEAL WITH WORLD RUGBY

Co-presidents of the International Rugby Players Association (IRPA), Richie McCaw and Jonathan Sexton have helped drive a historic deal with World Rugby that gives professional players an even stronger voice in the game and sees the organisation relocate to Dublin to work closely with rugby’s governing body.

The new deal which is a Memorandum of Understanding (MOU) is a four-year agreement running from 2017 – 2020 and ensures players will be represented and consulted on key issues and decisions affecting the professional players and the future of the game.

Key elements of the agreement include:

The Rugby Athletes’ Commission, which was established in 2014, is a key forum for players to voice their opinions and work with World Rugby to help with the provision of development and support programmes in the key areas of career, education and work experience, financial management, professional rugby obligations and mental health and wellness.

Areas relating to concussion, game training and playing load, injury prevention and rehabilitation and player health and safety will be discussed on an ongoing basis and, in particular, at the annual World Rugby Medical Commission conference. 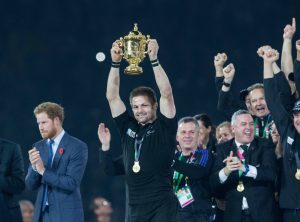 “This historic agreement between IRPA and World Rugby is ground-breaking in its nature, setting the tone for future interactions between professional players and administrators at a global level.  I have no doubt that the organisation will go from strength to strength given the opportunities that this agreement presents and the strong relationship that exists with World Rugby”

IRPA Northern Hemisphere president, Jonathan Sexton, says: “It’s important that players are united and have a strong voice in the game. This deal with World Rugby is a good step forward to addressing many of issues facing Rugby players across the world.

“There are obviously still areas, especially around player welfare, that we have to improve and I’m confident that IRPA can work positively with World Rugby and the domestic Player Associations and National Unions to make the sport better for all involved, both on and off the field.”

The platform created by the new Memorandum of Understanding (MOU) has also allowed IRPA to relocate their head office from Auckland to Dublin to be in closer proximity to World Rugby’s headquarters in the Irish Capital, and recruit a dedicated CEO in former Rugby Players Ireland head Omar Hassanein.

Founding IRPA Executive Director Rob Nichol said “With the united support and input of all our member Player Associations, professional players across the world, Richie and Johnny and a management team of Simon Keogh and Josh Blackie, and under the Chairmanship of the RPA CEO Damian Hopley, we have managed to forge a very positive and constructive working relationship with World Rugby”.

“We want to thank and acknowledge World Rugby Chairman Bill Beaumont, CEO Brett Gosper and his management team for the work they have out into this MOU, and look forward to seeing IRPA under Omar’s leadership continue to thrive.

New IRPA CEO Omar Hassanein said “This MOU greatly enhances our relationship with World Rugby and is fantastic news, for not only all professional players at the elite level but also for the game itself.  It is a huge positive to have players better represented at boardroom level when key decisions are being made that affect the game of Rugby,” says Hassanein. 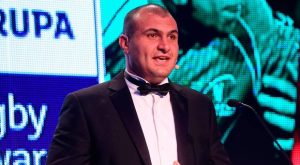 “With IRPA acting as guardian to the entire professional player group globally, both parties are conscious that whilst interest and opinions may not always align, the strength of the relationship is in respecting the views of all stakeholders – not least the players themselves who are integral to the  success of the game.”

World Rugby Chairman Bill Beaumont says: “World Rugby and IRPA share a common vision and mission to ensure that players at all levels are at the heart of the game, and that includes in the boardroom.

“The signing of the historic first memorandum of understanding in 2007 has achieved just that through representation on key committees and working groups and via the Rugby Athletes ‘Commission over recent years, ensuring playing viewpoints are included in player welfare, laws and regulatory matters. Under this new MOU as a sport, we can look to an exciting future of growth and prosperity with players central to that ongoing success.”

The MOU also sees an agreement for the Player’s Association to share in an increased portion of the game’s proceeds to enable further development of key development and support programmes. 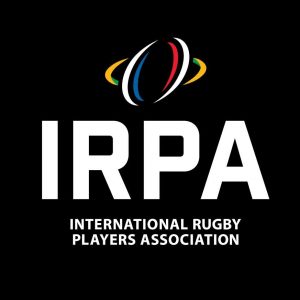