“RETIREMENT SHOULD BE EMBRACED, NOT FEARED!” 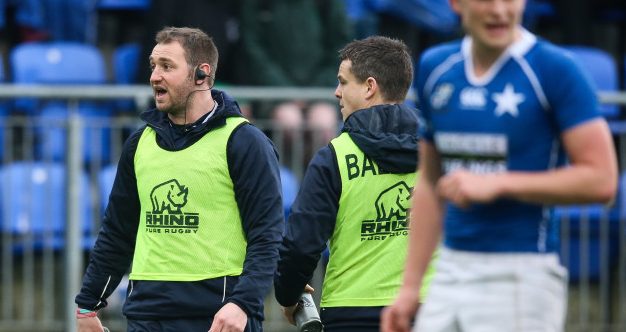 For our full interview with Johne on Limor, click here.

Ask any aspiring rugby player whether they’d consider early retirement from the game and they’d laugh at the notion. If they could, they’d want to play rugby until their weary limbs could no longer carry them. However, the reality can be somewhat different.

At the relatively youthful age of 30, Johne Murphy made that call. Following successful stints with both Leicester and Munster, the Kildare man had plenty left in the tank, but he was ready to pour it in a different direction.

“I was in a place where I felt that I didn’t particularly enjoy my last season,” Murphy admits. While there were several offers on the table from the Pro D2 in France, none fit with Murphy’s greater plan. He was always moving forward. Anywhere else was not up for consideration. 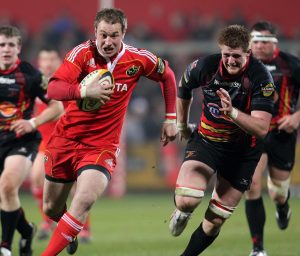 “I wanted it to be right in terms of where I was going to go,” he says. “I just felt there was still a bit of ambition in me and I wanted to progress. Unfortunately, at that time it wasn’t there. I was in talks with Top 14 clubs about being a medical joker, but then two guys got released from the Australian squad for the World Cup and they got chosen ahead of me. Those things happen.

“I could have kept chasing and gone to the Pro D2 but I thought – well, why not start a different journey, a different pathway and try to progress there.”

Upon retiring, Murphy established rugbycamps.ie alongside Johan Taylor before his work came to the attention of Phillipe Saint-André, the legendary French winger and former Head Coach of les Bleus. Through their respective experiences of the game, the PSA Academies began to grow with young players being exposed to as professional a rugby environment as they are likely to experience outside of the elite sporting world.

“We try to give them a holistic view of how rugby is, both on and off the field,” Murphy explains. “We’ll give them different thought processes around the game from a variety of different coaches. So, they’re not just getting Philippe’s version, they’re getting my version, Johan’s version and anyone else that we can bring in.”

The network established by Saint-André and Murphy is an undoubted strength of the project. Saint-André’s extensive career in the game has ensured that children from all corners of France flock to their flagship camp in Tignes. With Murphy’s own career playing out in both England and Ireland, he has been able to call upon many former teammates across both territories while he has been casting his net even further through his work with Marcus Horan at Rugby Players Ireland. 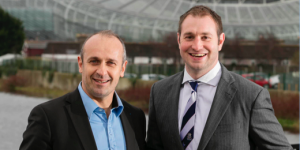 “The rugby network is really, really important. It’s something you need to develop and use throughout. I’m always trying to develop connections that I have through guys I played with or against in England. We’re going to go into America so I’m in contact with a few guys I would have played with at Leicester that are based there now. Having guys like Gavin Hickie and Darren Morris on the ground gives you a bit of a steer and hopefully a bit of a leg up!”

Cathal Sheridan and Jonny Holland of Niall Ronan’s company Titan Wellness have also been present at camps in both Cistercian College Roscrea and Kilkenny College. All three played alongside Murphy at Munster but it is in their current guise that he takes great interest, particularly Sheridan who acts as an ambassador for the Tackle Your Feelings campaign.

“I was someone that was never a guaranteed first choice. I played a lot of rugby, but I always had what I call the ‘Tuesday Fear’ going into selection meetings on Tuesday mornings. I suppose I learned how to deal with that over time and it gives you a good sense of resilience.

“When the Tackle Your Feelings campaign started, it was something I felt quite passionate about. I did a lot of work in sports psychology. I learned triggers and stuff that helped me to deal with those things, both on and off the pitch. It’s very important that kids get a sense of resilience to deal with things, but also we have to let them know that it’s ok to feel down about different things when they go against you.

“It’s to make people aware. If it works with one, then it has been well and truly worth it.”

With the school calendar up and running, Murphy now returns to Naas RFC whom, as player-coach, he has helped guide to Division 1B in the All-Ireland League.  He has also been involved at the elite-level of schools’ rugby in Leinster with St. Mary’s College in Rathmines. Being both progressive teams in their outlook, Murphy is happy with his lot.

“I’ve no regrets [about retiring]” he insists. “I was in danger of falling out of love with the game and I never want that to happen. Without rugby, I don’t know what I’d be. I’d probably be a failed auctioneer or something. That was close to happening If I had made the wrong decision along the way, based on going somewhere as a lifestyle choice, not based on progression. 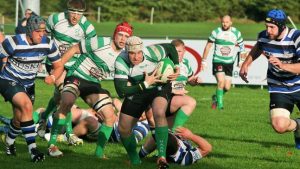 “Through our rugby camps, I was given the opportunity to develop and to give back. Naas were fantastic – there’s a real want to progress in the club and that was something that really ignited my flame again. It’s the same with St. Mary’s. All the players there have been amazing. To see the progression of guys over two or three years is something that I really, really enjoy. Then there is all I have learned business-wise with the academies. It has been a fantastic learning curve.

“I’m very happy I made that decision to retire. I struggled a bit at the start, like everyone does. But that’s probably more a sense of routine and realising that you can’t have the same banter outside the dressing room as you can in real life. That takes a bit of getting used to! In general, it has been great and I’ve loved it.

“Retirement is something to be embraced, not feared!”