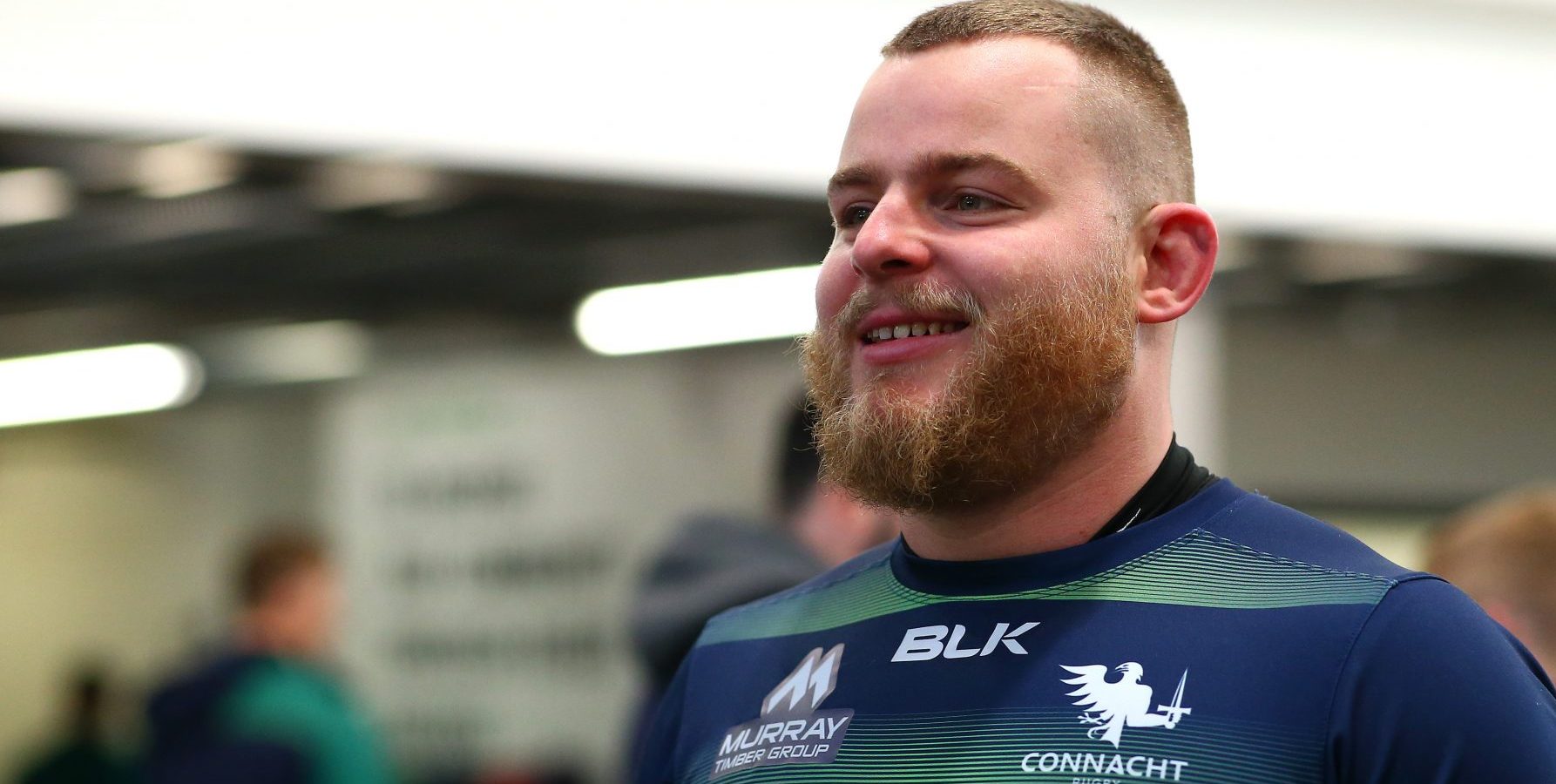 Finlay Bealham speaks to Sean McMahon of Pundit Arena as part of a new phase of the Tackle Your Feelings campaign: #ImTakingControl.

Connacht and Ireland international Finlay Bealham, just moments before our conversation, had learned the news that he wasn’t included in Andy Farrell’s pre Six Nations mini-camp which is taking place at the IRFU’s High-Performance Centre in Abbotstown this weekend.

Bealham pauses and asks how many players were included in the squad – 45.

“Yeah, obviously, it’s pretty disappointing not to make the 45,” Bealham tells Pundit Arena. “Yeah, look, it’s pretty upsetting but look, it is what it is and we’ve a big game against Munster on the weekend and we’re following that up with Ulster and Leinster and then back in the Champions Cup. So, I can’t dwell on that too much, you just have to get back on the horse. I’m just going to do what’s best for myself and for Connacht.

“Look, the Six Nations squad hasn’t been officially announced for the first few games, so, that’s still a big goal of mine so I’ll put my best foot forward even though it’s a bit gutting but it is what it is. I’m just going to get back on the horse and that’s it.”

It’s evident in the opening exchanges of our conversation that Bealham is disappointed with the news that he is not in Farrell’s initial plans. The Canberra born tighthead prop has been in excellent form this season and he has been playing consistently too, with nine appearances under his belt for Connacht.

Bealham would have no doubt been targetting this period as an opportunity to impress the new head coach, especially after not even getting a chance to show Joe Schmidt what he could do during the summer – Bealham was cut from Ireland’s World Cup squad after the first warm-up game against Italy, a match he didn’t feature in.
But resilience and the ability to bounce back is in Bealham’s DNA. 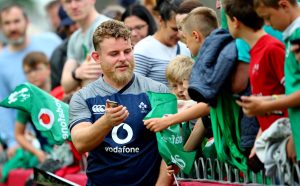 This resilience was forged during those difficult early days when he moved to Ireland from Australia as a teenager, determined to reach his life-long goal of becoming a professional rugby player.

The beginning of that journey took him to Belfast where he played club rugby and also lined out for Ulster A – there was no promise of a contract but he made sure any time he set foot on the pitch, be it a match or just training, that he gave it everything.

“Yeah, look, I moved over at a really young age with a dream to be a professional rugby player and I’d be lying if I said that it went according to plan. It was really tough, mate. When you’re that far away from home, I grew up my whole life in Canberra in Australia and to move away at that age, to be away from everything that I’ve ever known and basically not have a clue how to live a life of my own – it was really tough.

“I didn’t even have a promise of a contract, I had to fight really hard for what I got and what I did get, I had to do my best with it. I played with Ulster A back in the day and then played a bit of club rugby.”

Bealham’s efforts in the Ulster Academy, which coincided with playing for the Ireland U20s during the U20 Six Nations and Junior World Cup in 2011, proved to be enough for a new opportunity to show his worth at Connacht. Another disruptive move in his tender years but Bealham was determined as he always is. 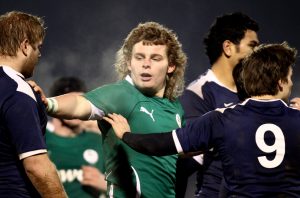 “Every chance I got to play or train, it was an opportunity for me to put my hand up to the coaches at Ulster at the time and then I ended up moving down to Connacht which was another tough move because you move across the world and then you kind of half got settled into Belfast and the next minute you’re down to Connacht. So that was tough.”

Bealham was still a teenager when he made the move to Galway and there were still no guarantees of a professional contract. However, the move, off the pitch at least, was made easier due to the family-orientated nature of the club and this is something which Bealham reflects on as making the transition a hugely successful one.

“I think the moment I got to Connacht, it was just such a family-orientated environment, I think I settled into Galway a lot easier, just with the lads and it was a really family-orientated place. Mind you, there were still a lot of challenges that I had in terms of getting games and wondering what my craic was with contracts and I didn’t know what was happening next year and all this.

“You just have to roll with the punches, get on with things every time you got a chance, because I was training to be on the pro team when I was 19 for Connacht, the way I thought it was, it was like ‘Test match Tuesday for me,’ I was literally going out there every Tuesday, to go as hard as I could and then sessions to get the coaches’, Eric Elwood and Dan McFarland’s, attention.

“That was all I wanted to do, to let them know that, ‘Look, I want to be here, I want to put my hand up, I know I’m only a young fella but this is what I want to do.’ 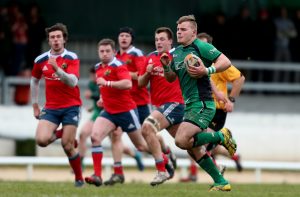 “Look, it was lots of years of, still, really hard work now but fortunately, I got a few lucky bounces of the ball along the way and its worked out well for me! But look, it wasn’t easy.”

The family-orientated environment was the starting point for Bealham as he looked to embed himself into life in the west of Ireland.

In the intervening years, as he graduated from an Academy contract to a senior contract under Pat Lam ahead of the 2014/15 season, his resilience, relationships and confidence continued to grow.

Even in those difficult early years, he recalls how the reaching out of players and friends at the club made a massive impact on him settling, especially around Christmas time, when his family were on the other side of the world.

“My Mum, my Dad, my brother and sister are still in Australia but luckily now, my parents are both retired so they do get to visit a good bit more than they used to when I initially moved over. I used to spend Christmas, when I first moved over, before I met Sarah (his girlfriend), I used to spend Christmas with Aly and Sam Muldowney and George and Sene Naoupu. There were a lot of overseas players who would heavily support each other and I got the Irish players there as well.

“I remember Johnny O’Connor inviting me over for Christmas dinner because he thought I might have been on my own. Everyone at Connacht was just open-armed and it’s such a family-orientated place. I suppose Christmas for a foreigner is quite tough because everyone goes to their families but when your family is not there, you’ve got to look to the people you play with. With Connacht, another thing that I found was that we’re obviously all teammates but we’re also a family in terms of the players, the coaches and the staff – it’s a really tight-knit group.” 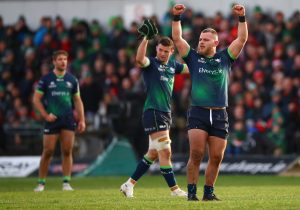 Moving to the other side of the world brings its own set of unique challenges and Bealham references initiatives from Rugby Players Ireland, such as the Tackle Your Feelings App, as key contributions to helping players acclimatise off the pitch.

“It’s so important that we continue to normalise the conversations around mental health. I think for people to recognise someone who is struggling and how to, that there are avenues to signpost them in the right direction, the great work that the Tackle Your Feelings App has done and the great work that Rugby Players Ireland is doing is massive.

Bealham’s journey hasn’t been easy, and he’s now hit another stumbling block with the recent news of his exclusion from the Ireland camp this weekend. However, with the experience he has under his belt and the life-lessons which he has learned throughout his time in Ireland, he’s in a much more stronger place to overcome and prosper.

“I’ve got a lot better at dealing with adversity. I have a few notes on my phone, just things that I’m grateful for every day and if I’m ever feeling a bit down or if I’m feeling a bit shitty about the selection which just happened there, I can just always reference them and just realise that, look, I play professional sport for a living, it’s my dream to play rugby and I can do it with really good people and really good friends of mine.

“I have a lovely girlfriend, Sarah, and I have my dog, Bane, who is a big eejit! But look, I used to deal with it a bit worse but now you’ve got a bit more perspective of things. You just have to get back on the horse and there’s no point dwelling on things, you’ve just got to move on.” 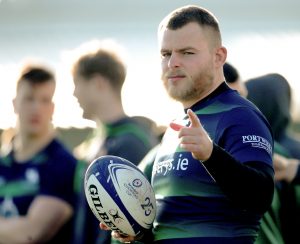 For Bealham, he’s very much focussing on the here and now. Munster visit Galway this weekend, followed by two further interprovincial derbies and the final two rounds of the Champions Cup.

There is still so much to play for before the Six Nations and despite the most recent setback, Bealham maintains that he has full confidence in himself to bounce back.

“Oh, I believe in myself 100%. I know if I can produce my top-level performance week in, week out, I’d be very confident of myself. I think it’s just important that when you do get setbacks, that you don’t not believe in yourself anymore, you don’t start thinking that you’re not good enough, you just have to remember that I’ve had a really good run of games this year, I’ve been in good form and there’s no point dwelling on things and getting down.

“You just have to get back on the horse. There’s a small group of people, the Connacht coaches and my family, that I kind of look to for advice and feedback on my performance and I’ll just continue to keep improving to the best of my ability and build some form for the Christmas and the last Champions Cup round and we’ll see what the craic is in January.”