Putting his Marker Down

Laois and the Electric Picnic are synonymous. Laois and rugby, less so. Before Alison Miller’s try-scoring exploits came to national prominence during the 2014 Women’s Rugby World Cup, the last person from the county to make their presence felt at the highest level of the sport was Brian Rigney who retired in 1992.

To someone like Seán Masterson, 1992 is a lifetime and a bit ago. While Rigney cut his teeth at Portlaoise Rugby Club amidst a backdrop of moral victories on the Test stage, Masterson, who recently signed his first professional contract with Connacht Rugby, has never been privy to the darker days of Irish rugby. Instead his youth was marked by Triple Crowns, Heineken Cups and a Grand Slam by his tenth birthday.

Yet while success on the field for Irish sides undoubtedly played its part, Masterson’s greatest influence lay much closer to home. His brother Eoghan is now one of Connacht’s longest serving players.

“You could say I always went against the grain a bit!” Seán confesses. “I always wanted to be anywhere but school. I’d put my hand to anything to avoid it. I wanted to be out welding or building something with my father. I used to dress up as Bob the Builder. It was pure gas! That wouldn’t have been Eoghan’s thing, he had his own ideas. 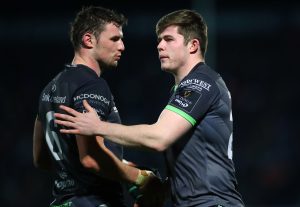 “You ask Eoghan as a young fella what he wanted to be, and he’d have told you he was going to be a professional rugby player. It seemed a bit mad to us, but he really went after it, day-in, day-out. It took me a while to cop but when I began to see the pathway he set out for himself, I wanted to be a rugby player too. I knew if I worked as hard as he did, be the best I could be, then it could work out for me too. We’re quite different people, but we’re very similar as rugby professionals.”

Though their days of splitting each other open in the back garden in Portlaoise are behind them, Seán says he could have done with having Eoghan around during lockdown. However, while Seán made for Westport where his parents now live, Eoghan remained in Galway with his girlfriend. In any event, it was no excuse to let up. He sees opportunity in the months ahead.

“It was great to get my contract sorted firstly,” he says. “Eoghan’s contract was also up at the same time so for the both of us to get good news was a huge boost and pushed me on with the training. I was on my own but the days were so long you didn’t mind having sessions to get through. Nearer the end it was tough. You didn’t really know what you were training for. They all add up I suppose so I’m in good shape going back.

“It’ll be interesting to see how we all get on. It’s a big year. Obviously, it was tough to see some lads go but we have to see it as a real vote of confidence in the young players from Andy Friend. Sometimes if you’re the only young fella in a squad, it can be hard to assert yourself but when you’ve a load of us trying to get the edge on each other that in turn pushes the older lads. It drives standards.

“News of the boys leaving also reminded us how cut-throat and delicate rugby can be. It’s a little bittersweet but I need to focus on my game, get in there and perform from day one. Put a marker down.” 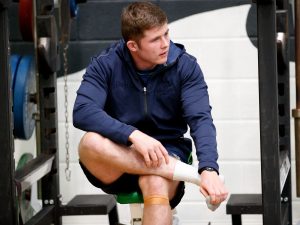 Despite his outwardly relaxed nature, Masterson admits that the toll of the game can weigh on players from time to time. As he came to the end of his stint in the academy, Masterson was unsure what the future had in store for him. While it was ultimately resolved, it had burdened his thoughts. The lockdown presented an opportunity to press refresh.

“Before the lockdown I can’t remember the last time I didn’t spend some of my week worrying. You’d get nervous in the week of a game. I see it as a good thing because you do want to make sure you do a good job. When you’ve a contract running out though it can be hard to let it slip the mind at all. In that sense I really enjoyed being able to completely chill out. I didn’t have those things hanging over me.

“During the season I try and find things to do to switch off. I’ve always had an interest in boats. It’s a funny one – I’m from Portlaoise like, you know what I mean?! Maybe it’s because some of my family were from Arranmore and Achill Island back the way, I don’t know! Anyway, a while ago I was in Connemara with Colm de Buitléar and he happens to live beside Michael Staif who is one of the best boat builders in Ireland – he’s serious!

“I asked Colm if there’d be any chance that I might be able to work with Michael the odd time and it went from there. I didn’t make it out as much as I’d have liked last year because I was training more with the seniors but this year I’m going to set time aside every Wednesday to head out to him. It’d be great to have that in the diary. It’s a great way to clear the head.” 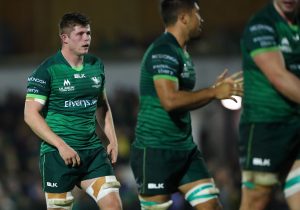 Masterson is keenly aware that boat building in the wilds of Ireland is a bit of a niche market. Nevertheless, it has got his entrepreneurial mind thinking. He outlines several ideas currently doing the rounds of his brain and explains he has already been working with Dr Deirdre Lyons on the practicalities of setting up a business. It’s something he is keen to follow through on.

“My plans aren’t massive but I want to make sure I’m doing everything right. I need to know the ins and outs of things and have the background work sussed. It’s one thing having an idea, it’s another to act on it. The past few weeks have been great, but now that we’re at the other end you realise it’s July. There’s no point in waiting, time keeps moving!

“Like, it doesn’t seem so long ago that Caelan Doris and I were in the backrow for the Ireland U20s. We played together right through the system and from early on he was being talked up as the next big thing. Look at where he is now. He didn’t hang around.

“You have to give it to him. I wasn’t surprised to see him involved in the Six Nations. I mean, he’s starting at No.8 for one of the best sides in Europe! But for my sake, it gives me a bit of drive. Why can’t I play for Connacht? Why can’t I play for Ireland? It helps to drive me on.”

By land or by sea, Seán Masterson will do all he can to go places.