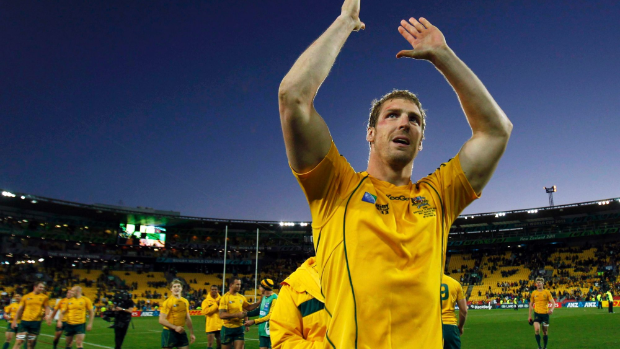 AS PUBLISHED IN THE IRISH EXAMINER, MARCH 1 2017

The tragic death of Wallabies rugby star Dan Vickerman has brought into sharp focus the need to provide emotional support for players who have retired from the game.

Dan Vickerman takes to the field for the Wallabies captain’s run in New Zealand, in July, 2006. Vickerman died last month at his home in Sydney

Dr Deirdre Lyons may not be a household name but her role is crucial to the future well-being of a generation of Irish rugby players.

Lyons is the head of the Player Development at Rugby Players Ireland.

With a PhD in Sports Psychology and more than 18 years’ experience working in High-Performance sport, Dr. Lyons is well accustomed to the challenges often faced by elite athletes.

“Players with a strong athletic identity may struggle with the transition out of sport, as they try to forge a new identity outside of the game.

“At Rugby Players Ireland we keep close ties with our members throughout their careers and help them develop skills, interests and passions outside the game.

“For our past players who may not have had access to the Player Development Programme when they were playing, Rugby Players Ireland encourages them to reconnect and get in touch if they need support.

“In addition to player wellbeing, the programme also provides assistance in relation to career advice and guidance, education and training skills, social engagement and financial planning and management.”

Mental well-being is as important as the physical to Rugby Players Ireland chiefs.

“Mental health services can be accessed through our team of Player Development Managers who actively work throughout each of the provinces and with the national women’s teams.

“Counselling can be arranged through six confidential services and there is an online programme designed to give a greater understanding of the links between mind, body and emotions.”

Dr Lyons continued: “What we want to publicise is before things get bad players know how to seek help because help-seeking is a skill maybe a lot of the players don’t have. They’re used to being in a routine where they’re told what to do, what to wear, what to eat.

“A lot of times, sport can mask problems and when their sport is taken away, through injury or poor performances, it’s necessary to build those mental skills.”

Dr Lyons revealed the recently launched “Tackle Your Feelings” campaign, a mental wellbeing campaign from Rugby Players Ireland in partnership with Zurich (insurance company), could also help amateur as well as professional players throughout the country.

“It aims to break down stigma and inspire more people to be proactive in looking after their mental wellbeing. Featuring some of Ireland’s most prominent rugby players including Irish international Jack McGrath, it challenges us to tackle pressures before they reach crisis stage.”

Heading up the campaign is Créde Sheehy-Kelly who said: “At Rugby Players Ireland, we recognised an opportunity to change the landscape of mental wellbeing in our society.

“We felt if we could make emotional vulnerability ‘acceptable’ on a national scale then it would open the door for more people to embrace the idea of proactively working on their mental wellbeing.

“Any mention of a high-performance athlete immediately conjures up images of mental strength, physical strength and battle-hardened.

“However, emotional vulnerability is part of being human, nobody is exempt.”

Former Ireland and Munster star Alan Quinlan agrees with that assessment. Quinlan is concerned people are afraid to talk about the subject of suicide: “We understand it’s there but we don’t mention it as such, it’s put down as mental health but mental health has the tragic side of it in terms of suicide.

“My heart goes out the people left behind from the Dan Vickerman’s case, particularly his partner and the two young boys. I should know, being a dad myself, it must be terrible.

“I don’t know what way he was thinking but he is after changing everyone left behind, their lives are changed forever.

“If we can learn anything from another tragedy, this time when someone takes their life, it’s to try to give people the courage to speak about and to offer our support.”

ARU chairman Cameron Clyne said Vickerman’s death would “shine a light” on the fact rugby and all sports must do everything possible to help players move from sport to a new life.

“It’s very early and quite raw I think for a lot of people in rugby and I want to respect the family and not go into too much. We do take this issue very, very seriously and this tragic incident will cause us as a game to ensure we do everything possible to work with players.

“We’ve offered [help] immediately to players who are impacted, and coaches, but it will cause us to shine a light on this very important issue of players transitioning post their playing career.”

Greg Mumm, a former coach and now a consultant, said there were some hard truths to be faced after retirement from professional sport.

“Athletes are trained to push through pain, ignore hardships and endure sacrifices — it’s the price of victory. As an athlete, I was taught it, and as a coach, I preached it.

“The trade-off is the shared experience with other athletes, teammates or fellow competitors, coaches and supporters. We strive together and are united in the camaraderie it creates.

“But what happens when the stadium lights are turned off on our careers and when the fans find someone new to cheer for? Does our training help or hinder us in preparation for life after sport?”