Following a clean-sweep of victories in the November series, Ireland enter 2018 as the third ranked side in the world behind England and frontrunners New Zealand. A comprehensive showing against South Africa, in addition to hard fought victories against Fiji and Argentina ensured that Ireland leapfrogged Australia who endured a difficult month.

On the eve of the 2023 Rugby World Cup bid announcement, Joe Schmidt challenged his Irish side to lay down a marker. It turned out to be a significant one, albeit against a disappointing South African side. A record win over the Springboks was secured on a grey November afternoon, doubling the differential between the sides from the previous best of 32-15 in 2006. That day, Andrew Trimble was the tormentor in chief against a side replete with individual talent in the form of Bryan Habana, Jean de Villiers and Pierre Spies. 11 years later, it was another Ulster winger who lit up the Test arena. In what was only his third cap for his country, Jacob Stockdale’s name was on everyone’s lips following a ruthless display in defence and attack.

An experimental Irish side edged out their Pacific counterparts in Dublin having squandered a 17-3 lead. With only Andrew Conway and Devin Toner returning from the dismantling of South Africa the previous week, it was inevitable that there would be some nervous moments en route to the finish. However, the resurgent Fijians were good value for money, thrilling the Irish crowd with a typically a flamboyant and inventive performance, compounded with more traditional structures. Job done, with plenty of lessons learned. 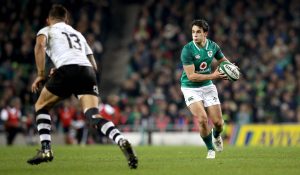 Eight of those who featured in the fateful World Cup quarter-final of 2015, returned to the matchday squad to reacquaint themselves with Los Pumas. However, despite being backboned by substantial experience, it was the likes of Stockdale and Chris Farrell who proved to be the difference, making their presence felt with some telling contributions. Although the result was never in doubt, Argentina deserve immense credit for their fight to the finish. Nevertheless, the real success of the November series had already been secured such was the seamless introduction of Stockdale, Farrell, Andrew Porter, Darren Sweetnam, Stuart McCloskey, Kieran Treadwell, Adam Byrne, Bundee Aki and James Ryan to the frenetic nature of a home Test. Joe Schmidt’s squad are in a good place as the Six Nations looms large on the horizon. 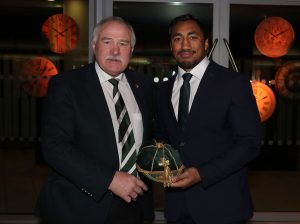