NOMINEES FOR ZURICH PLAYERS’ PLAYER OF THE YEAR ANNOUNCED 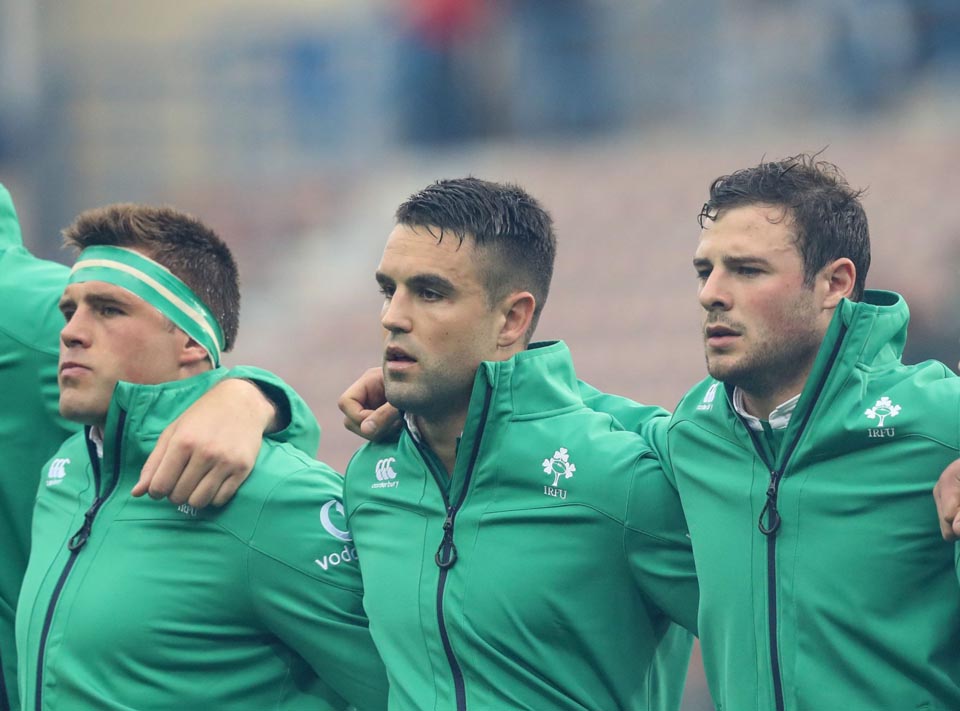 In the running to claim the much sought after Zurich Players’ Player of the Year Award are four players that have excelled for both their province and country, with each nominee set to travel with the British & Irish Lions this Summer. Tadhg Furlong has had a breakthrough season to remember, leaving many would-be defenders in his wake and securing a cult status amongst the Irish fans. Conor Murray has had a scintillating season for both Munster and Ireland, with the scrum-half now firmly considered to be amongst the best operators in the position in the world. Robbie Henshaw is nominated for the second year in succession as he continues to grow in influence for both club and country while last year’s winner, CJ Stander is again acknowledge for his insatiable appetite for work and hard yards.

Commenting on the awards, Rob Kearney, a recipient of the Players’ Player of the Year Award in 2012 and current Chairman of Rugby Players Ireland said:

“To be nominated for the Players’ Player of the Year Award is such a fantastic achievement especially when it is voted for by your fellow players. It brings a great deal of satisfaction that your colleagues appreciate your work and efforts. I would like to congratulate all the nominees, wish them the best and hope that they enjoy the night”.

Also commenting on the announcement was Anthony Brennan, CEO of Zurich in Ireland:

“Yet again, an array of some of the best rugby talent in the world stand to join a distinguished list of past winners. We are delighted to support the tremendous work of these players and in the wider Irish rugby sense, by recognising top class performances at the Awards. Their respective efforts have been a source of great pride for us all at Zurich, given our connection to the game through Rugby Players Ireland.”

The evening will honour a season that has seen the Irish provincial sides feature prominently in both domestic and European competition, while the national team also claimed famous victories over South Africa and New Zealand before rounding up the season with a second-place finish in the Six Nations.

Following a strong showing in the Six Nations, several players have come into contention for The BNY Mellon Women’s XVs Player of the Year 2017 as voted for by the players involved over the last season. The Mason Alexander Women’s 7s Player of the Year will also be awared on the night.

The induction of the new member of the BNY Mellon Hall of Fame will take place on the night along with the The Zurich Contribution to Irish Society Award which honours a current or past player that has taken an active role in making a difference to the wider community.

The Vodafone Medal for Excellence will be awarded to the individual who demonstrates exceptional commitment to the game both on and off field.  This is a player who matches their playing and training with team support, studies, part-time work, mentoring, charity and community involvement. Nominated by their peers are Ronan Loughney of Connacht, Leinster’s Jack McGrath and Ulster’s Ruen Pienaar which was last year won by former Ulster and Leinster scrum-half Isaac Boss.

There will also be the chance for members of the public to get involved by nominating their Druids Glen Hotel & Golf Resort Moment of the Year 2017 via Twitter @druidsglen using the hashtag #DruidsMoment17. Rugby fans across Ireland have been choosing their Irish Times Supporters’ Player of the Year 2017 via the Irish Times website – http://www.irishtimes.com/sport/rugby/player-of-the-year.

ZURICH PLAYERS’ PLAYER OF THE YEAR 2017

Recipient to be announced in advance of the awards night.

Vote for the winner online – http://www.irishtimes.com/sport/rugby/player-of-the-year

The award will be presented at the ceremony on Wednesday 10th May 2016.

Voted by the public on Twitter @druidsglen (#DruidsMoment17) the Rugby Moment of the Year will be unveiled at the Awards ceremony on Wednesday 10th May 2016.