Lyons: “Some players have played their last game of rugby”

This article by Brendan O’Brien was published by the Irish Examiner on Friday, April 3 2020.

It was addressed to all the rugby community and asked that players everywhere spare a thought for “your teammates and brothers” who will retire at the end of this season and who may in fact have played their last game of professional rugby. 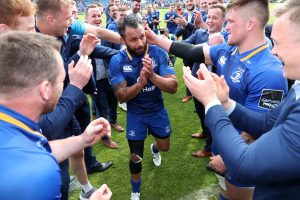 “Take a moment out of your day (we all have a lot of time at the moment) and check in on them to make sure everything is ok!!” it read.

“The last thing we want is more depression, mental struggles, or worse, suicide, that has scarred the rugby community in recent years!!”

Nacewa isn’t the only one mindful of players in such a precarious predicament at this strangest of times. It is this cohort that is at the forefront of the minds of Deirdre Lyons and the rest of the player development team with Rugby Players Ireland (RPI).

There are roughly 180 senior players employed by the four provinces. Somewhere between 20 and 40 might move on at the end of any season and that’s not counting those in academies and sub-academies who will be told that their journey will go now further than that apprenticeship.

No-one needs reminding that there are bigger battles being fought globally right now but our hopes and dreams and financial frets as individual human beings are not just trifles that can be parked while the drive to defeat the coronavirus gears up. 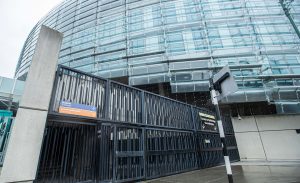 For some of these players, their identities and sense of self are about to be upended and not by choice.

“The fallout from Covid-19 might be smaller squads and the routes that some players might have gone down, to Pro D2 or a Championship side in England, might be not there,” Ms Lyons explained. “Even the American union has gone into liquidation so a lot of those doors are closing.

“So a lot of those players may have played their last game of rugby and they won’t be retiring on their own terms. They are the players that our focus will go on over the last couple of months. Those conversations have started.”

RPI has a player development officer attached to all of the provinces. Another is responsible for women’s rugby. Its support programme focuses on five pillars: Education, post-rugby career, social engagement, long-term finance planning, and mental and physical well-being.

Five years on the go in its current format, Ms Lyons’s department began prepping for this previously unforeseen scenario when the coronavirus was still something of a distant threat and modern technology has played a huge role in arming their charges for the new normal.

Players who had been juggling third-level studies might have added a module or two, others are upskilling on Microsoft Word or Excel. Some might think this is the time to learn the guitar or a language while DIY skills seem to be shooting through the roof.

Some will, inevitably, deal with all this better than others.

Younger players may not have a family or a partner under the same roof. A few are living on their own with housemates having returned to their own countries until the crisis ends. Connacht have assigned team leaders to check in with different players with that sort of thing in mind.

“It’s very individual. Some players are fantastic and the guys who would be more engaged in their personal development while rugby is being played are more engaged now as well. It’s just about engaging those guys who put all their focus on rugby.”

One word dominates the feedback: Boredom.

Some players are coping with that by getting through two training sessions a day when their S&C coaches have stipulated just the one. Others again have struggled to establish any sort of routine. The advice is to control the controllables: your sleep, your diet, your training.

And it’s not just the players who have to find a balance. There is an understanding that Ms Lyons’ team shouldn’t try to spoon-feed them. Players are accustomed to filling long days anyway and overcoming adversity is a must-have skill in professional sport.

They are, invariably, a cohort of people who are well motivated and goal driven but what happens when the goal is nowhere in sight? Who knows when this emergency and the current restrictions on movements will last? Ms Lyons and her team have addressed that too.

“We’ve spoken about this and with the provinces, that we wouldn’t overload players at the front end. Eric Elwood is great at saying that this is a marathon not a sprint,” she said. “We could be in this for months to come.”

Good advice there for us all.