Rugby heroes of yesteryear will return to the field on March 16th as the annual England v Ireland Legends takes place at the Twickenham Stoop. On the eve of a potential Six Nations showdown, some of the top personalities from the world of rugby will descend on Richmond for an evening of sport, fun and festivities with money being raised for several rugby charities. Taking part on the night will be World Cup winners Jason Leonard and Mike Tindall alongside Mark Cueto and Ugo Monye, while Irish greats Gordon D’Arcy, Malcolm O’Kelly and Geordan Murphy will also be togging out.

Led by Shane Byrne and Len Dineen, the fixture has raised over €800,000 for rugby charities since it first kicked off in 2009. Last year was a particularly memorable occasion as the game was played in memory of Anthony Foley. Over 14,000 fans packed out the RDS as Foley’s former teammates paid a fitting tribute to one of the game’s great servants. With the Irish claiming a 34-24 over their old English foes, celebrations went long into the evening! 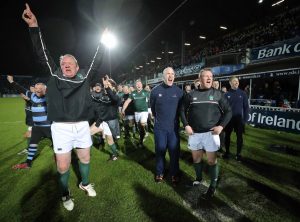 Joining the Irish side this year will be former Irish international Mike Ross. Ross, who is familiar with the Stoop having made over 80 appearances for Harlequins, is looking forward to a trip down memory lane. “The last time I was in the area I was actually playing in the main event in Twickenham. We lost that day so I have a few scores to settle! Joking aside, I’m looking forward to catching up with some former teammates and opponents. I have shared some great times with a lot of them but I’m under no illusions that this game is going to be a light touch, on or off the pitch!”

Ross’ former Harlequins teammate Nick Easter will also take his place on the field. The 39-year-old, who has 54 caps for England, is similarly excited by the prospect of putting on his boots again, especially as it is for a good cause. “While I was fortunate enough to have enjoyed a long career, many of my peers have not had the same luck. Rugby can be a precarious career but many people only see those who make it to the top. By playing in this game I’d like to think I’m contributing in my own way to making things a little easier for some of those who have been less fortunate. It’s great that it’s against our old Irish enemy to boot! Hopefully many people will turn out to support a great event” 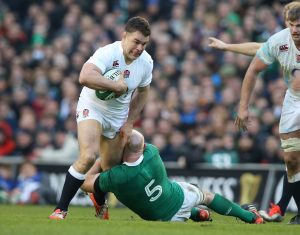 Ireland Legends v England Legends will take place at the Twickenham Stoop on Friday 16th March with kick-off at 7pm; tickets are currently available at tickets.quins.co.uk and are available from £10. The game will be followed by a post-match function in the Twickenham surrounds.