Keogh: “Our services will continue to be available to the players.”

This article by Rúaidhrí O’Connor was published in The Irish Independent on Thursday, March 19 2020

Professional sports people thrive on routine and on certainty, so the current situation is far from ideal. With the rugby season on hold and training across the country cancelled until further notice, players have taken to converting their garages into home gyms to keep fit for matches they hope will be rescheduled.

All the while, they’re considering the impact of the Covid-19 pandemic on their families.

These are strange times and the crisis is something of a leveller, regardless of public profile.

“Listen, rugby is no different to any other job. Everybody is worried about what’s going on,” Rugby Players Ireland chief executive Simon Keogh told the Irish Independent. “There’s uncertainty around everybody’s roles, there’s an air of concern and anxiety around what’s going on. 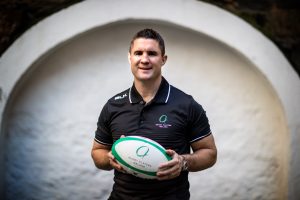 “We’re able to support the players as much as we can, at the moment everything is being done remotely which doesn’t help things.”

The players should be plotting their way through the final rounds of the season towards a finale in May and June. Instead, the best-case scenario right now looks like an extension to the end of the season, with games being played in July and maybe August to bring a resolution to the PRO14 and Champions Cup.

Right now, the unions and competition organisers are limited to contingency plans and a degree of guesswork. As Taoiseach Leo Varadkar said on Tuesday night, nobody knows how long the emergency will last.

Despite the season starting on June 16, 2019 for the Ireland players, the players’ union are content for it to stretch into its 13th and 14th months given this long, enforced mid-season break.

“I think the best-case scenario is to rescue some element of the 2019/20 season,” Keogh said.

“At the same time, the players and public’s well-being is paramount and anything that jeopardises that will be a factor. Ideally, we try and rescue elements of 2019/20 – be that in the summer months, which would be welcomed to get some game-time for our players and recoup some of the season.

“We’re at a stage where a lot of the hard work has been done by the teams on the pitch and there’s a lot of expectation and excitement from the supporters.

“The player management system in Ireland is second to none in the world, the time our players get to rest and recover is the envy of many other countries.

“There is perhaps an opportunity to replace rest time that would normally happen in June, July and August in these periods now and perhaps just switch them around.

“It’s not the ideal scenario because in the majority of cases the players get an opportunity to go away and put their feet up, to actually switch off.

“There’s a worry and anxiousness out there, it’s hard for anybody – never mind rugby players – to relax. In terms of letting the body switch off and recover, there might be an opportunity over the next couple of months to get themselves right for the rest of the season.”

Extending the season may sound simple, but it would bring some logistical and legal challenges.

“There’s so many variables in there, I’m giving the ideal scenario but that doesn’t necessarily mean it’s actually a viable option,” he explained. “Let’s just say contracts ending at the end of June, running the season beyond that – how is that managed?

“Then there’s the competition themselves, a July summer tour scheduled; how competitions would fit in, availability of stadiums. All those things.

“All of those variables – the legal, contractual sides, plus the changing squads… There’s so much to consider, every day things change. We’re saying the summer, by the end of the week we may be told we can’t play until September – it’s very difficult to make any predictions.

In the meantime, Keogh is encouraging players to use this unexpected gap in their schedule to plan for the future as some high-profile stars take a lead in spreading the public message around battling the coronavirus on social media this week.

“Our services will continue to be available to the players throughout this period,” he said. “Our player development managers in the provinces, and with the women’s programme, will stay connected.

“There’s also an opportunity for players to look at their plans (beyond rugby) and start laying them out over the next few months.”