IRELAND TO THE FORE AS PLAYERS COUNCIL MEETS IN MONACO

The world’s top players have come together to discuss and debate the major issues facing the game.

The newly formed International Rugby Players’ Council met in Monaco on Sunday ahead of the World Rugby Awards.The group is made up of senior men’s and women’s players from the 15s and Sevens codes.

Before meeting with the governing body on Monday, the Players’ Council debated issues such as the proposed international season structure, player workload, concussion return-to-play protocols and better standards for emerging nations.

The Council was brought together by International Rugby Players, the official representative body of professional players across the globe.

The newly crowned World Player of the Year and Council President, Jonathan Sexton said: “Players need to have their voice heard on a global scale as the game continues to grow.”

“There are massive issues that need addressing and governing bodies and unions must make decisions with the input of the men and women on the pitch.

“It was great to get together with so many of the top players from around the world, have a chat and choose the issues that we want to focus on, so Omar and his team can push the agenda in 2019.”

Players CEO Omar Hassanein added: “The players decide the course of action for the year ahead and now we have to make sure that these priorities are properly addressed with World Rugby and other governing bodies.

“There are many major issues facing the modern game, so it was a real landmark moment to have the Players Council together in the same room, talking passionately about the sport and working out the best way forward.” 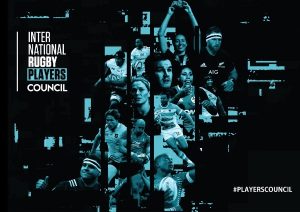