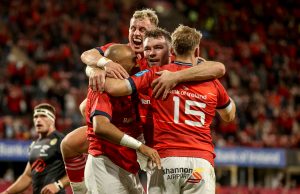 After a much needed break, the United Rugby Championship kicked off last weekend with all four provinces in action. Highlights from the weekend included debuts for Mack Hansen (Connacht Rugby) and Michael Allalatoa (Leinster Rugby) while Mick Kearney added another provincial cap to his name as he came off the bench in Ulster’s defeat of Glasgow Warriors. Following an impressive Irish U20s campaign over the summer, Nathan Doak also emerged from the sideline to score his first senior try for the northerners who will soon be further boosted by the arrival of Spingbok Duane Vermuelen.

There was also good news in both Dublin and Limerick as the likes of Max Deegan, RG Snyman made their long awaited returns to competitive action following injury, although it was Snyman’s teammate Simon Zebo who stole the headlines as he further cemented his top-try scoring place in the Munster Rugby history books on his first outing since leaving Racing 92 in the off season.

Well done to our Irish Sevens who secured their best ever placing as a core team on the World Series in Vancouver with nine players making their debuts with the likes of Conor Phillips, Ed Kelly and Shane Jennings getting viral plaudits!

Hey @connachtrugby…you've got a good one on your hands!

Unfortunately, the Irish Women’s team failed to secure qualification for next year’s Rugby World Cup in New Zealand. Having opened their European qualification tournament in Italy with defeat to Spain, the Irish conquered their hosts before a heartbreaking result against Scotland put paid to their hopes by precluding them from another chance in a repechage tournament involving Samoa and Colombia. Over the course of the competition Lucy Mulhall and Sam Monaghan made their Irish debuts. We hope they will have better days ahead in the green shirt.

One day you will look back and ask, ‘how did I get through all of that?’ When that day comes you will be wiser and stronger. Today it is ok to cry. 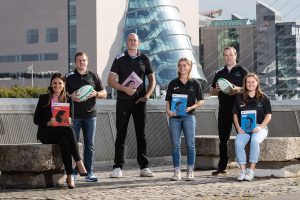 At the outset of the month Rugby Players Ireland and LIA entered into a partnership that will see the centre of excellence for the education and development of Finance Professionals provide a financial wellbeing programme to professional and elite rugby players across the country.

Built around five core modules, Smart Money Habits will provide our members with a sound introduction to understanding their finances and ultimately allow players to take their first steps in planning for their financial future.

Looking to the Future

In recent weeks, two prominent international players have been looking to the future with Claire Molloy and Greg O’Shea both announcing their retirements from the Irish Women’s and the Irish Men’s Sevens squads respectively. 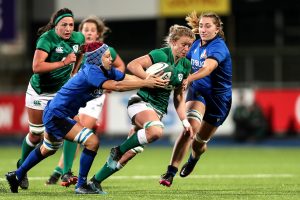 Capped 74 times by her country since her debut in 2009, Molloy has been an inspiration to anybody associated with the game owing to her outstanding commitment both on and off the field. An A&E doctor based out of Cardiff, Molloy has spent the past several years commuting across the Irish sea to represent her country with distinction. Remarkably, the 2017 Rugby Players Ireland Women’s Players’ Player of the Year, Molloy can also claim to be a decorated inter county footballer with Galway however it will be for her rugby prowess that she will be remembered as one of the finest sportspeople to have represented their country. 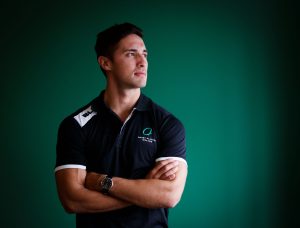 O’Shea, a Rugby Players Ireland Executive Board member since 2018, has also decided to hang up his boots. Still only 26, the Limerick man has opted to pursue other interests having been part of the Irish Sevens squad since 2017. In that time O’Shea has been central to qualification for the World Series and the recent Olympic Games in Tokyo. Having passed his FE1 exams, O’Shea is now hoping to turn his attention to opportunities in TV and social media work by relocating to London.

We wish both well in their future endeavours! 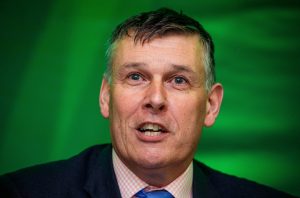 After 23 years at the helm, Philip Browne announced that he will be retiring from the role of Chief Executive of the IRFU at the turn of the year.

In response to the news, Rugby Players Ireland CEO Simon Keogh paid tribute to his counterpart.

“On behalf of Rugby Players Ireland and our members I would like to extend our best wishes to Philip in his retirement. As will doubtlessly be echoed throughout the reaction to this news, Philip’s contribution to the game in this country across several decades has been immense.

“We have faced many challenges since Rugby Players Ireland was first established in 2001. While we have not always been in agreement, Philip approached our discussions with the greatest respect at all times and ensured that the best interests of the players and the game remained at the very heart of our discussions. He has been a pleasure to work with.

“Philip has presided over the greatest era in our sport with great humility. Working together we have been steadfast in our quest to have Ireland be the best place in the world to play rugby. While I look forward to continuing on this journey with him over the coming months, I also hope that in time he will be able to look back on his tenure with enormous pride.” 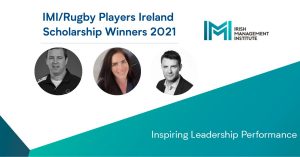 Our congratulations to Nora Stapleton, Aidan McCullen and our own Marcus Horan who have been announced as the recipients of an IMI/Rugby Players Ireland scholarship to participate in an upcoming IMI Professional Diploma.

Stretching back to 2014, the scholarship aims to help bridge the gap between the end of an athlete’s sporting life and their professional career. To date, almost 30 rugby players have participated and completed IMI professional diplomas through the initiative. 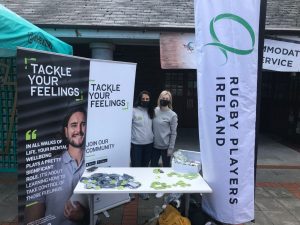 In conjunction with campus students’ unions, Tackle Your Feelings plan to visit at least one university or college campus in each province throughout the coming academic year, raising awareness of positive proactive mental health and wellbeing, as well as the resources and tools to build and maintain positive mental health.

International Rugby Players and World Rugby have launched new guidelines for contact in training. Based on best practice and after feedback from almost 600 professional players, the guidelines are aimed at reducing injury and boosting performance for elite players.

The recommendations include weekly limits of 15 minutes for full contact training, 30 minutes for set piece training and 40 minutes for controlled contact. A review and research programme will monitor the application of the guidelines and encourage consistent application across the professional game.

Our Head of Projects @SeneNaoupu spoke to hundreds of players around the issue of contact in training and worked with @worldrugby to bring together new guidelines.

Several former players have been prominent across various channels over the month, and all for good reason.

Firstly, Tommy Bowe, Malcolm O’Kelly, Peter Stringer and Paul Wallace have all been to the fore of the Irish Heart Foundation’s #Reboot campaign run in conjunction with Rugby Players Ireland. Joined by Clinical Research nurse and current Irish Women’s international Aoife McDermott, all called for their fellow players to get a medical check-up throughout September, otherwise known as Heart Month. We thank them all for their contributions.

We encouraging all our past players to stay fit, healthy and to get medically screened at least every two years.

One former player who was certainly not letting the body rust over was Rory Best. To mark Childhood Cancer Awareness Month, the former Irish Rugby captain set off on an epic 180 mile walk from the Cancer Fund for Children’s therapeutic short break facility at Daisy Lodge in Co. Down and made his way to the organisations newest facility in Cong, Co. Mayo.

Along the journey Best was joined by several former teammates including Rob Kearney, Conor Murray and latterly Bundee Aki who accompanied the Ulster Rugby man through Connacht territory as he rounded out an 8 day trip which raised almost £400,000 for the charity. 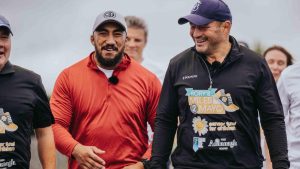 Others who dusted themselves down for a bit of physical activity recently were Anna Caplice (Pieta House), Barry Murphy (Limerick Suicide Watch), Andrew Trimble (Oxfam Ireland) and Peter Stringer (Children’s Unit CUH) who all partook in RTÉ’s Celebrity Hell Week. As the show enters its final stages, Murphy, Trimble and Stringer are all still holding out… 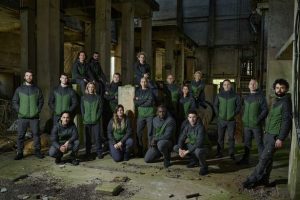 Amidst a number of Irish players in action overseas, highlights included Jason Higgins‘ debut in a Canadian shirt  against a USA side featuring Dylan Fawsitt, Luke Carty, Paul Mullen and a returning AJ MacGinty. Peter NElson lined at out out-half for the Canadians in their World Cup qualification series.

James Cronin (Biarritz), Dave O’Callaghan (Biarritz),  JJ Hanrahan (Clermont), Quinn Roux (Toulon) and Conor Carey (USA Perpignan) all made their Top 14 debuts. In England, Hugh O’Sullivan made his Premiership debut for London Irish. Incidentally, Sean O’Brien emerged from the bench in the 50th minute of Irish’s draw with Sale to inspire a remarkable comeback and claim the Player of the Match Award!