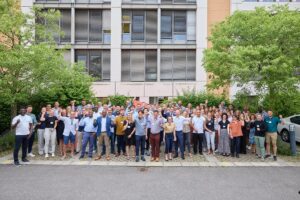 A special nod to both Pamela Gilpin and Dr Deirdre Lyons who formed part of the steering committee alongside former Rugby Players Ireland CEO Omar Hassanein.

As part of EU Athletes #PROMobility exchange programme Pamela, Marcus Horan and Aoife Lane welcomed Sophie Connor and Tom Jones of the Professional Cricketers’ Association to the Kingspan for a day of shared learning. 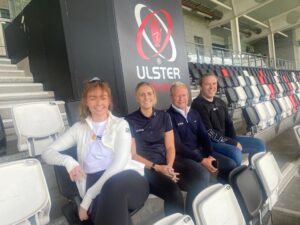 International Rugby Players also hosted representatives from across the rugby world in Dubai where player rights, head injury management, the women’s game, Sevens and many more topics were discussed and debated. Following World Rugby’s announcement that its approach to return to play after concussion in elite rugby is to change, Conrad Smith says it’s about trusting the system.

New concussion protocols are part of culture change in the game

Our Head of Player Welfare Conrad Smith says it's about trusting the system, listening to medical advice and reporting symptoms… pic.twitter.com/j6oWUwhfhJ 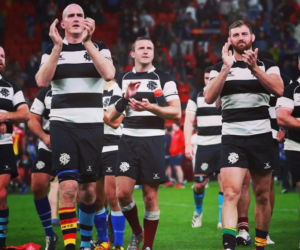 Devin Toner brought the curtain down on one of the great Irish rugby careers as he lined out alongside Ed Byrne and Adam Byrne for the Barbarians against Spain. On the other side of the scale, Enya Breen, Meabh Deely, Maeve Liston and Ella Roberts all earned their first Ireland 7s caps at the Rugby Europe tournament in Portugal.

A little further away from continental Europe, the likes of Jimmy O’Brien, Cian Prendergast, Jeremy Loughman, Ciarán Frawley and Joe McCarthy all lined out for Ireland in their first game down in New Zealand. An uncapped fixture, the Irish led by Bundee Aki went down 32-17.

Sadly, we said goodbye to both Rowan Osborne and Ireland U20 Grand Slam winner Jonathon Wren who have been forced to retire from the game despite their tender years. We will continue to support them in the years ahead.

Meanwhile, John Ryan spoke of his surprise at being let-go by his beloved home province. You can read his interview with Garry Doyle of The42.ie here. 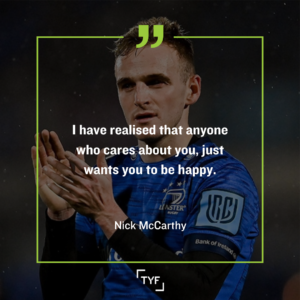 Leinster Rugby scrum-half Nick McCarthy spoke publicly for the first time about his sexuality. Nick earned great praise from across the rugby world for his honesty and openness which he hopes will inspire others.

As the season came to an end, Tadhg Beirne shared some tips on how he unwinds and relaxes. On Men’s Health Week, the Munster and Ireland player encouraged the TYF community to ensure they prioritise their rest and recovery.

It's the end of the season. No better time to consider our rest and recovery.

To kick start #MensHealthWeek we are encouraging everyone to consider their #mentalwellbeing & think of ways to unwind and relax.

You can listen back to the debate here.

Our thanks to all our members who supported IMART 2022, which took place at Musgrave Park. The global tournament saw over 1,100 rugby players, their families, friends and officials from 14 countries converge on Leeside for 5 days of competition.

Our own Marcus Horan took the time to drop by…

It's the last 2 days of IMART!
Thanks for stopping by Marcus and thanks to Heineken for bringing the Champions Cup!
Join us for the last 2 days of Mixed Ability Rugby today and tomorrow.
Walk ins welcome at the gate#IMART22 @RugbyPlayersIRE pic.twitter.com/YlyHShp9lY

Alex McHenry has left Munster Rugby for Jersey Reds. Most recently, Alex was on a short-term deal with Wasps Rugby. McHenry’s long-time teammate Seán French has also departed Limerick. The Cork Con player has linked up with Bedford Blues. David O’Connor also signed a permanent deal with Ealing Trailfinders having spent part of the 2021/22 season with the club. He will be joined by Peter Robb who has also moved to a club that already boasts a strong Irish influence. 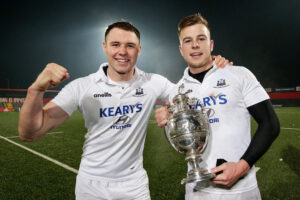 Meanwhile, we look forward to welcoming new Leinster Rugby signing Charlie Ngatai from European Challenge Cup winners, Lyon this summer. It was also announced in recent weeks that Joe Joyce of Bristol Bears will link up with Connacht Rugby from 2023/24. 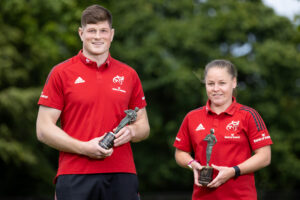 Elsewhere, there was an anti-climactic end to the United Rugby Championship as both Leinster Rugby and Ulster Rugby came up short in their respective semi-finals against South African opposition. Thought it may have been little consolation, Leo Cullen was named the Coach of the Season by the URC who included Jean Kleyn, Nick Timoney, Craig Casey, Ross Byrne and James Hume in their Dream Team for the 2021/22 campaign. 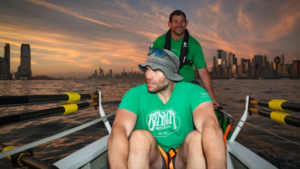 Damian Browne is currently on the Atlantic Ocean as he rows 5,000 kilometres from New York to Galway. Joined by Fergus Farrell, the pair are part of Project Empower 2022 and are hoping to achieve a world record for the unsupported row and raise money for charity.

Fergus McFadden has joined Eoin Sheriff‘s senior coaching team at Wanderers RFC. Former Leinster Rugby man Andrew Goodman will rejoin the club as Assistant Coach at the start of the next season.