The Irish Men’s Sevens were left frustrated at the Olympics in Tokyo as they finished 10th. Having left themselves with a huge hill to climb during the group stages with losses to South Africa and USA, a narrow victory over Kenya failed to recover a place in the knockout stages. Although they subsequently outclassed South Korea to advance to the ninth-placed play-off, they fell to a rejuvenated Kenyan side. While all acknowledged their disappointment, they have nevertheless cherished a memorable journey and a history-making week in Tokyo as 13 players achieved their Olympic dream and ran out on one of the biggest stages in world sport. 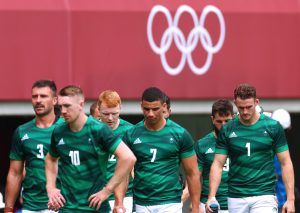 Yesterday the Lions played out the second leg of the Lions series falling to a defeat to their South African hosts to leave the series in the balance. Tadhg Beirne, Jack Conan, Tadhg Furlong, Robbie Henshaw and Conor Murray have all featured in the Test series thus far.

In a frenetic month, both Iain Henderson and Murray also had the privilege of captaining the Lions while Ronan Kelleher was invited to join the travelling party alongside the returning tour captain Alun Wyn-Jones. 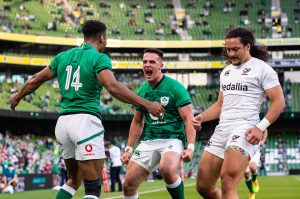 Ireland rallied against a lively Japanese side to claim a 39-31 victory in an entertaining clash on July 1. The following week, Ronan Kelleher contributed four tries as a long season was rounded out with a resounding 71-10 win over an American side featuring Connacht Rugby old boy Luke Carty. Kelleher was swiftly flown out to South Africa in the following days. The fixtures were also notable for the respective international returns of Joey Carbery and Will Addison following long-term injury.

Meanwhile, despite falling to a second loss of the U20 Six Nations Championship on the final day of an intensive competition, Alex Kendellen and his Irish teammates returned home having banked considerable experience over six weeks in Cardiff. 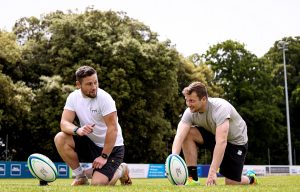 Tackle Your Feelings ambassadors Jack Carty and John Cooney joined forces for the campaign’s new video which highlights the importance of their friendship and how they have leaned on each other at critical points in their careers.

An exploration of friendship, compassion, resilience, dealing with family tragedy as well as first impressions of each other, pranks and aliens, the video demonstrates how close the two players are while also drawing on the competitive instincts! 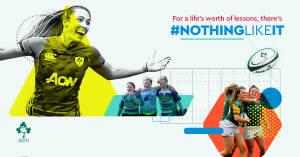 On July 19, the IRFU revealed a new season calendar for women’s rugby with a fresh look and feel for the sport as it emerges from the aftermath of COVID 19 with a focus on the continued growth of participation, development and profile of the game, through the celebration of rugby’s unique position as a game for all.

With a packed calendar of events designed to increase participation among younger players and drive improvement at senior level, 2021/22 is set to be the busiest season to date for women’s rugby.

Meanwhile, for Irish international Fiona Steed and Yvonne Comer have been appointed to the IRFU committee. Our congratulations to both!

As part of Bank of Ireland’s Financial Wellbeing series, Simon Keogh spoke to Baz Ashmaway about the need for players to plan for the future and to be conscious of how they manage their finances.

Earlier in the month, Dr Emma Burrows spoke to Evanne Ní Chuilinn about her Life in Sport and how she helps athletes prepare for life during and after elite sport.

Rugby Players Ireland have teamed up with World Players and The Army of Survivors to empower athletes & player associations to make it SAFE to talk.

Project CARE (Census of Athlete Rights Experiences) is a collaboration between World Players and Loughborough University and aims to ensure that the rights of child athletes are promoted and protected throughout world sport.The 2021 CARE Report (Census of Athlete Rights Experiences) is the first global study to look at elite athletes’ experiences to understand whether and how their rights were protected as children in sport.

💙 Sport should be a source of joy & growth — not abuse & trauma.

🌎 @WorldPlayersUtd & @survivorsarmy have teamed up to empower athletes & player associations to make it SAFE to talk.

James Cronin‘s move to Biarritz was confirmed with the prop joining his former teammates Dave O’Callaghan and James Hart in the south of France. A little up the road, Billy Scannell has joined AS Macon, while Darren Sweetnam has linked up with Oyonnax. Elsewhere in France, former Munster Rugby player James Coughlan has been installed as the new defence cpoach at Toulon. In England, Hugh O’Sullivan has joined London Irish.

Peter Nelson featured at out-half in Canada’s 70-14 loss to England at Twickenham, while Luke Carty started both summer tests for the USA Rugby Eagles against England and Ireland, with Paul Mullen from Inishmore also featuring.

On Your Bike Gordon! 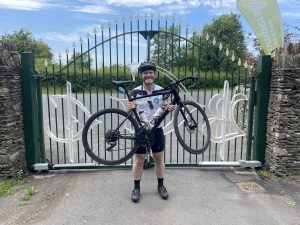 On July 21, Gordon D’Arcy set out on a solo cycle across Ireland to raise money and awareness for  Barretstown. Covering over 850km in four days, D’Arcy called by several clubs throughout Ireland beginning with Lansdowne FC. By the time he finished up at Barretstown on July 24, Gordon had raised over €16,000!