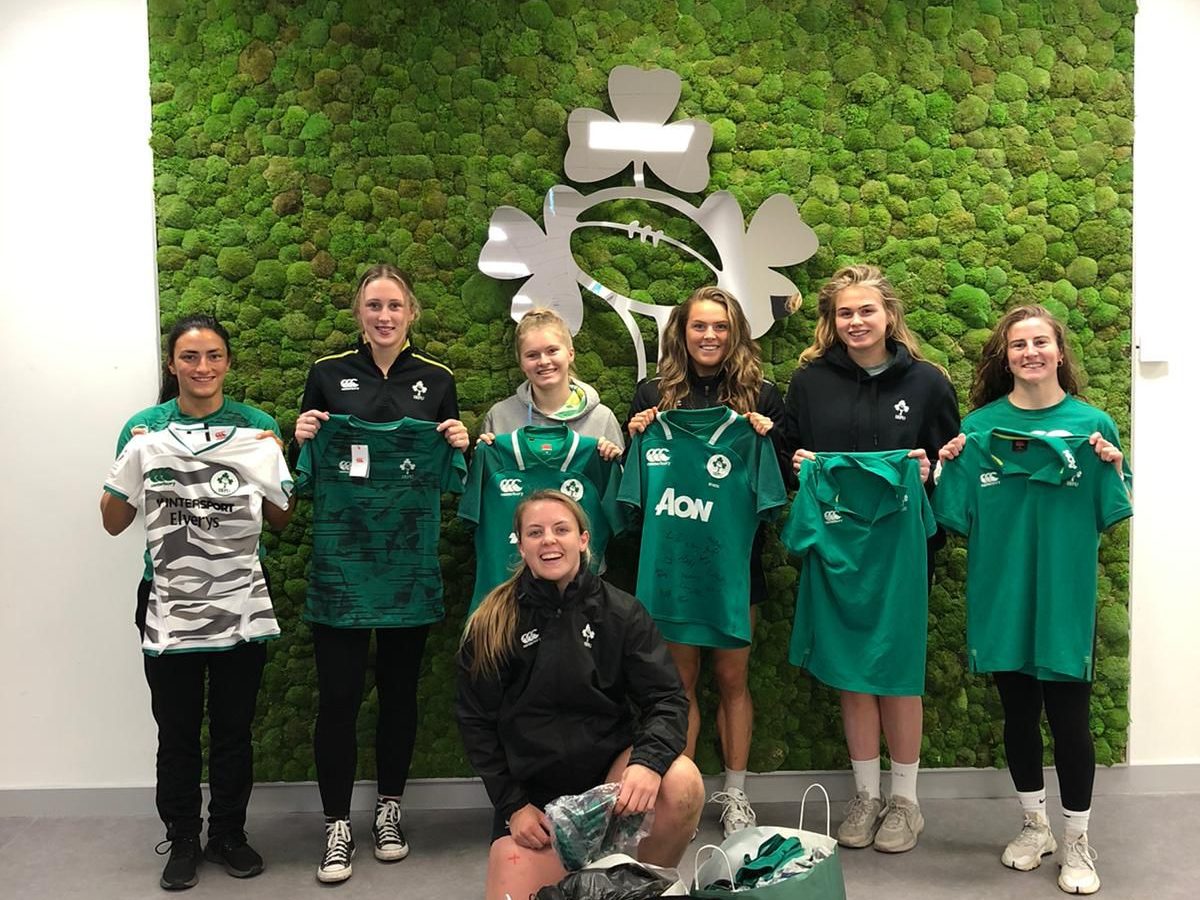 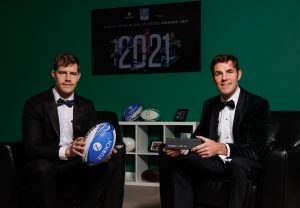 For the second year in succession, the Zurich Irish Rugby Players Awards took place with our respective winners zooming in to claim their prize. Hosted by Barry Murphy and Andrew Trimble, the 2021 instalment was due to be held in June to celebrate the 2020/21 campaign but was delayed in the hope we might be able to meet in person by the end of the year. Reaching an unprecedented audience on Facebook Live, the event prompted rugby fans across Ireland to remember ‘The Forgotten Season’.  You can watch the ceremony in full here. 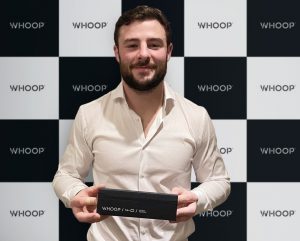 Druids Glen Moment of the Year 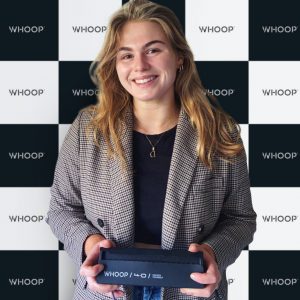 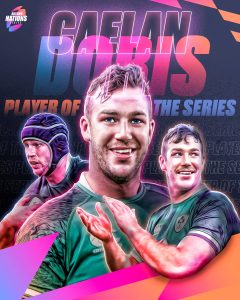 Caelan Doris‘ performances for Ireland as the year drew to a close saw the backrower named as the Autumn Nations Player of the Series ahead of Antoine Dupont, Eben Etzebeth, Romain Ntmack, Marcus Smith and Freddie Steward. 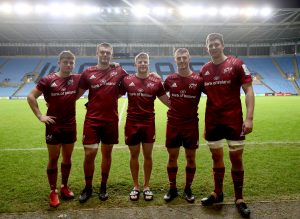 During a month hampered by Covid-19, other notable on-field achievements include Munster Rugby’s inspiring performance away to Wasps in the Heineken Champions Cup. Newcomers Patrick Campbell and Scott Buckley both scored tries as the province overcame their Covid nightmare to hammer their English counterparts while ultimately fielding 12 debutants! 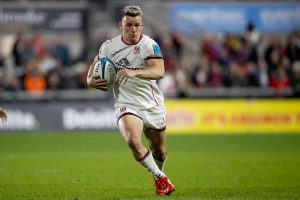 Having made his Ulster Rugby debut back in November 2010, Craig Gilroy earned his 200th cap for the province against the Ospreys in Swansea. Gilroy joins Rory Best, Andrew Trimble, Darren Cave, Roger Wilson, Paul Marshall and Robbie Diack in the exclusive club of Ulster representatives and has now set his sights on Trimble & Cave’s jointly held record of 229 caps. Incidentally, Jack McGrath made his long awaited return from injury in the same game. 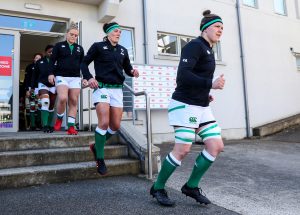 Following the issuing of a letter signed by almost 60 current and former members of the women’s national team, Ciara Griffin, Lindsay Peat, Claire Molloy and Cliodhna Moloney met with Minister for Sport Catherine Martin and Minister for State Jack Chambers to outline their concerns about the state of the game and explain their impasse with the IRFU.

A statement signed by the four players afterwards, hailed the meeting with the minsters as “very positive and constructive”.

There was big news on the contract front with Conor Murray (2024), Tadhg Furlong, Andrew Porter and Garry Ringrose (all 2025) signing contract extensions with the IRFU.

In Galway, Finlay Bealham and Tom Daly also put pen to paper. However Ultan Dillane announced that he will be moving on at the end of the season. 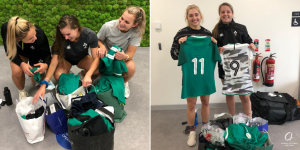 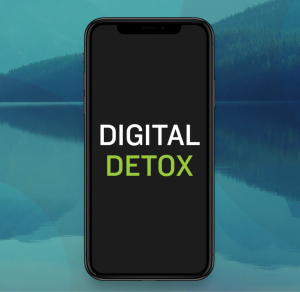 Social media has many benefits, but with fewer places to turn over the past two years many have found negative elements easier to come by. This Christmas, Tackle Your Feelings embarked on a digital detox and found it to be quite a refreshing experience!

Our congratulations to Claire Molloy who was inducted into the Guinness Rugby Writers Hall of Fame, alongside Simon Geoghegan. Billy Holland was recognised for his immense contribution to the game in being named the winner of the Tom Rooney Award.

Fergus McFadden and Louis Ludik were finally afforded the opportunity to say farewell to their respective fanbases during games at the Aviva Stadium and the Kingspan Stadium respectively. 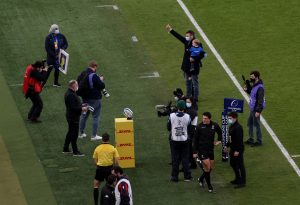 Former Irish international Tania Rosser has been named as the Head Coach of the Leinster Rugby Women’s team.

Former Connacht Rugby player Sean O’Brien spoke with Rugby Players Ireland about his new role with N-Pro and how he enjoys giving back to the game that gave him so much. Read it here!