Coffee & Passport at the Ready!

It is said that ‘to travel is to live.’ If that is so, then we have all endured a deprived existence in recent months. Of all the books we have read in that time, the best stories are in the pages of a passport.

Though he keeps his counsel, Cronan Gleeson will have forged many memories over the years. A rugby player of doubtless ability, the young and ambitious back rower took flight in 2013 having been overlooked by the provincial academies. His rugby boots have since trodden turf in three continents.

The extent of his travels seems all the more luxurious at the moment. The Nenagh native’s first stop was Stade Montois in the southwest of France before he moved onto England and Perth, Australia.  During his brief jaunts home, Gleeson managed to pick up a few games for the Connacht Eagles but nothing further materialised out west and he opted for the pristine beaches of Getxo in the Spanish Basque Country. He now finds himself in a new rugby outpost: Atlanta, Georgia.

“Spain really opened my eyes to some of the less obvious opportunities that are out there,” Gleeson reveals. “I’d never heard of much rugby in Spain so I couldn’t be sure of the standard. If anything, I’d enjoyed playing in the good weather down in Australia so it was another way to avoid the muck and rain in Ireland for a while!

“Getxo Artea played in the División de Honor and the standard was surprisingly good. The facilities were top notch, the games drew big crowds and there were decent players too. Our 10 was a guy called Teti Tela. He went onto play for the Reds and played for Fiji against the Barbarians last year. Michael Melia was there too, he’s captaining Terenure College this season. I had a great time but at the end of the season I felt I needed to get home and get moving in the real world.”

After several years on the move, Gleeson seemed to have finally settled into life back in Ireland. His rugby needs were being met by Old Wesley RFC and outings with the Irish Clubs side. A job in Dublin’s city centre also gave him a different sense of purpose and responsibility beyond the scrum. Though a long-term career as a professional athlete continued to elude him, everything else was clicking into place. 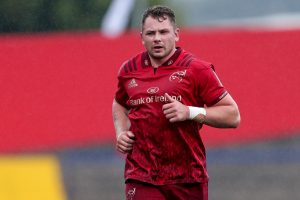 Now a rampaging front row forward, a fine run of form in Dublin 4 brought him to the attention of Munster Rugby in 2018. When a succesful trial resulted in a three month contract, Gleeson’s professional rugby aspirations were well and truly reawakened. Yet when his short-term agreement failed to yield a longer term deal, you might have assumed he was happy to finally bid his dream goodbye.

That is until Ray Egan got in touch. A former Munster Rugby coach, Egan was well connected in Major League Rugby (MLR) and contacted Gleeson about another potential opportunity off the beaten track. The converted prop was all ears. Last November he linked up with Rugby ATL in Atlanta as their first season in the MLR loomed large.

“Why not?” retorts Gleeson when asked why he was adding another destination to his meandering rugby career. “Moving to the States was one thing but being involved with a professional club from the get-go is not something everyone can experience. There’s a lot to learn for everyone and that’s why the project interested me so much.

“It’s like building a business from scratch. I mean, when you go in there isn’t even anything in terms of a team history or culture to go off. We’ve literally been getting out into the city and doing what we can to build a fanbase. We’re having to blaze our own trail and that’s the exciting part!”

The city understands how to build success from the bottom up. Just two years after their formation, Atlanta United FC won the MLS Cup in 2018 and now play in front of 70,000 sports mad Atlantans. As yet, such success is merely a pipe dream for Rugby ATL. For many in the city’s streets, rugby is the barbaric first cousin of American Football. 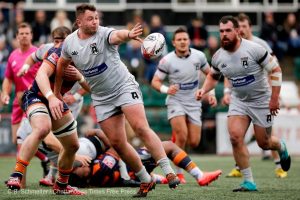 Nevertheless, the people behind the new franchise have spared no expense in ensuring Rugby ATL gets off on the right footing. Gleeson has been suitably impressed by the facilities, the infrastructure and the lengths to which the club has gone to ensure each player is happy in his new surroundings. Their efforts have not gone unnoticed and the Tipperary native felt for them as their project came to a standstill.

“They’ve been very good to me. It’s not just about rugby for them. Within an hour of Leo Varadkar making his announcement in Washington, they had me booked on a flight home. They could have easily insisted we stay and wait it out, but they had a good sense of what was important.

“Things aren’t looking good over there at the moment but the plan is to be togging out for the new season in December. We’ve had a programme to follow, zoom calls for analysis and I’ve gone back to Old Wesley to get my eye back in. We’ll play it by ear, but I’m looking forward to getting back out there.”

Though he has enjoyed traversing across the globe, Gleeson seems just as happy on the back roads around Nenagh when we talk. Sometimes the Irish countryside can seem caught in a time warp, even moreso during this pandemic, but Gleeson has not allowed time to stand still. Instead he has been putting his experiences to good use as he sets out on a new journey.

While many may have shirked at the idea of setting up a business at the height of the lockdown, Gleeson, his Old Wesley clubmate Ben Burns and Ciarán Gaffney thought otherwise. In July, the trio launched The Coffee Exchange and much like Rugby ATL they have spent much of their time laying the foundations and building up a client base. 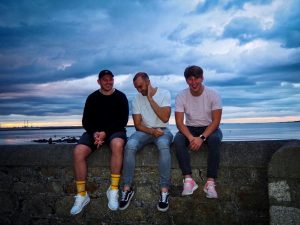 “Some people might raise an eyebrow at setting this up during the lockdown,” Gleeson acknowledges, “but it has been in our heads for a while. Ben raised the idea a while back when we were housemates. It was all a bit off the wall but we’d find ourselves chatting about the what-ifs. At the time he had a full-time job and I was heading for the States so the timing was off. Circumstances have changed for both of us recently.

“Covid obviously complicated things but overall we felt it was a good time to get going. As soon as the lockdown began, it was clear that people missed their morning coffee. Our idea was always to create an online coffee marketplace for home brewing. It took a couple of months to turn it around but we’re here!”

Prior to launching, Burns and Gleeson pitched the idea to Gaffney who duly hopped aboard. Following his retirement, the former Connacht Rugby and Zebre player did a master’s degree in marketing from NUIG. Burns is a risk advisory consultant, while Gleeson supplemented courses in sports law and athlete management by traipsing through cafés the world over broadening his coffee palate.

Using only the best Irish coffee roasters, the self-proclaimed coffee-snobs who all hail from different parts of the country and draw on different skills and experiences would seem to have all the ingredients for a decent brew, but there’s no guarantees in this world.

“Worst case scenario is that we have something to put on our CV!” Gleeson says. “I don’t think it’s a bad thing to say we were prepared to try things out and test the market. Besides, if it doesn’t come off, well then we would be left with a year’s supply of good quality coffee! Thankfully we’ve already surpassed our targets and we must thank the rugby community for their help and support.

“It’s been really enjoyable so far. I’m very aware that professional rugby is not something you can rely on, so I’ve always kept my options open. It’s my plan to come back to Ireland and secure a full-time job. It’d be ideal if the Coffee Exchange grew in that way but if not, it’s good to have on the side, to help me step out of the rugby bubble and stick my business hat on.

“I’m not an Irish international and I don’t have 50 caps for Munster, but rugby has been very good to me. It has afforded me opportunities to see the world, meet some really cool people and launch a business. It might seem like a strange enough path, but I wouldn’t change any of it. I’m all the better for it.”

You can bet his passport is at the ready. 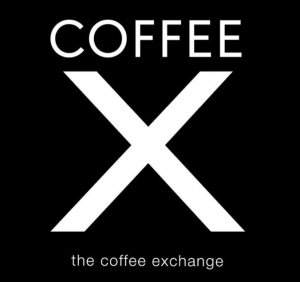 Check out The Coffee Exchange by clicking on the image!