Change for the Better 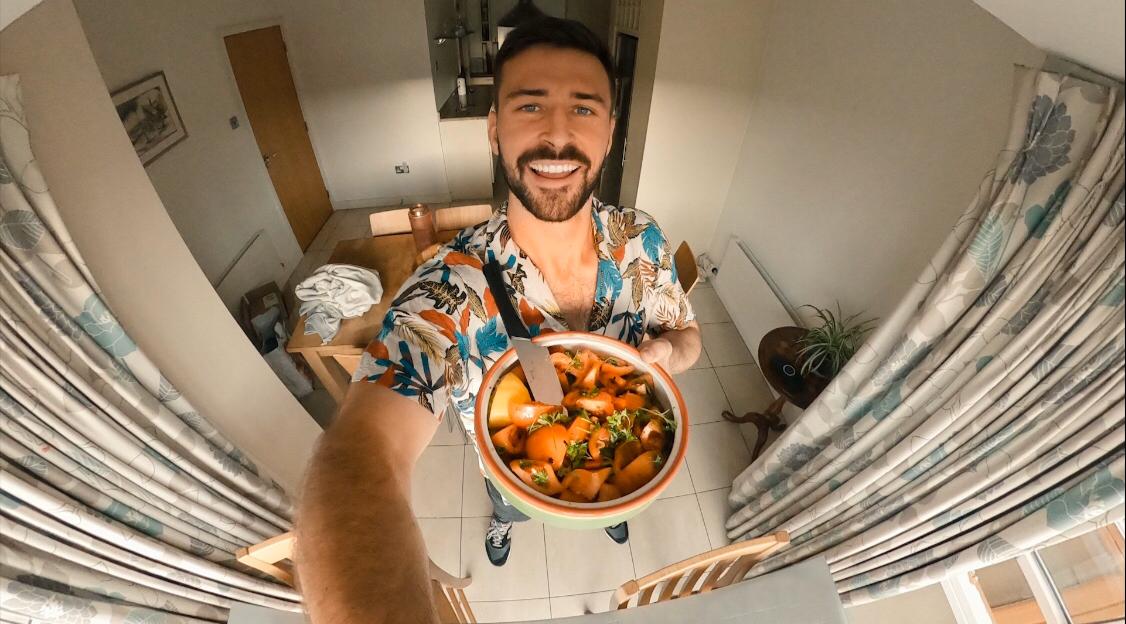 Going by his Instagram profile, Harry McNulty revels in being a man of the world. In the past few months alone the Irish 7s star has graced exalted places like Dubai, Cape Town, Sydney, Hamilton, LA and Vancouver. If that wasn’t enough, his individual pursuits also have him regularly pass through Dublin Airport to access remote sites around the globe.

Frustrating though it may be, being restricted to home must represent something of a novelty for McNulty. While there is an indefinite halt imposed on his extensive travelling, he is drawing plenty of positives from the current situation. Keeping the body and mind ticking over is the aim of the game.

“I’m actually dealing with it quite well,” the Irish 7s stalwart tells us. “I do a lot of photography and videography, so after training and stuff I would usually just go home and sit on my laptop doing a lot of editing work anyway. So, I’m not really struggling too much.

“I’ve signed up for an online course in ecology and conservation too. That’s another side of my life that I quite enjoy as well, having an understanding of the relationship between humans and the planet.” 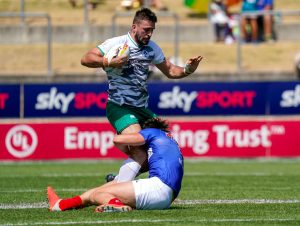 At Rugby Players Ireland we’ve never really had to consider the Earth system’s capacity to support humanity. However, with the prevalent threat of Covid-19 we felt it would be remiss of us not to explore the matter through McNulty’s insights which remain refreshingly positive.

“I definitely think there’s going to be a change and for the better,” McNulty believes. “People are probably going to a lot more thoughtful in terms of their daily action. They’ll also be a little bit hesitant to fly or take a bus or train internationally just because of the different demographics moving around. If that’s the case, that means that travel will be at a lower level and then there’s going to be less CO2 and greenhouse gases in the atmosphere.

“Because less people will travel, there’ll be less going to places in Africa, for example. Economies will struggle but it also means that wildlife populations might be able to reboot. There’ll be less traffic coming through their terrain so they will have more of a natural migratory period. They’ll be able to move through all the savannahs or to different parts of the world at a natural pace and as they feel, rather than seeing a load of cars and having to change everything up.”

Surely though, this will impact upon McNulty’s aspirations to see the world? If travel restrictions are upheld, what will motivate the former Rockwell College boy if he is precluded from doing something he is passionate about for an indefinite amount of time?

“I was thinking about everything going on,” he opens. “Realistically, everything outside isn’t really needed in your life. It’s just kind of become part of our lives, you know, going down to the shop, or hanging out in the town or whatever.

“I was trying to think of things that are really important that I can’t do right now which would be really nice, and I actually realised being able to see my grandparents would be the main thing. I’ve grandparents on both sides but they’re the people in my family that I have no ability to see. I can give them a phone call but that’s pretty much the extent of it. So I’d really like to go see them when all of this is done.”

Such rationale is not unique to McNulty. Connectivity, in whatever guise, is extremely important at this time. As McNulty withdrew to his Dublin home, he was pleased to be joined by his brother Sean who now plies his trade with the New England Free Jacks in the MLR. Both brothers are now pursuing online qualifications and map out their daily training and meal schedules together. 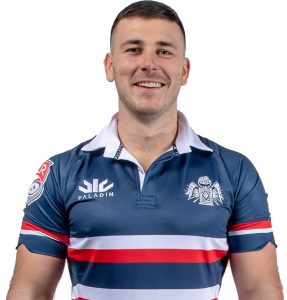 Living in such close proximity over a prolonged period of time will inevitably result in the odd brotherly row, but ultimately McNulty appreciates the company. He knows others could do with some too. To this end he has arranged coffee mornings with his Irish 7s teammates and other friends on Zoom as a way of checking in on each other.

“You don’t know how people are responding in these situations. This is very new. It’s a different environment for a lot of people, people who have to work from home where they would usually switch off at the end of the working day. Now they’re in the same environment for 24 hours, seven days a week give or take a little bit of exercise outside. It’s a very different stimulus.”

McNulty has always been a giving sort, regularly linking up with charities (most recently the Feed the Heroes campaign – see below) and playing his part in improving the lives of others. But he knows not to look too far beyond his station either.

“Tackle Your Feelings is a really brilliant campaign. It has helped lot of people. I suppose I’ve been very fortunate that my mental health has always been in quite a good place. Things have been very good and I have been very busy. That’s key for me, if I’m learning and I’m playing good rugby at the World Series. I haven’t had, knock on wood, a setback that has really affected my mental health.

“But it’s comforting to have access to all these things and all these services rather than trying to find them when hard times come because it makes things even more difficult, anxiety levels rise, self-doubt rises as well, but if you know those things are there when you’re in a good place, if something was to happen, then you know where to go straight away and you have the access there you feel comfortable using those services. It’s a fantastic comfort that they’re there.

“It’s definitely a testing time for everybody. I’m not trying to put of a brave face by any means. I’d just encourage everyone to stay in touch with friends and family, see how people are getting on, have a talk, try and keep yourself interested, pick up the book that’s been on the shelf for ages and give it a read, try your hand at something new and stay busy. Keep that buzz going and have fun!” 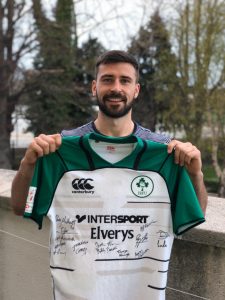 Harry McNulty and his teammates are giving you the chance to win an Irish 7s jersey signed by the squad! Simply make a donation to Feed the Heroes at the link below and be in with a chance of winning!