Back to Short-Term Goals for Darragh Fanning 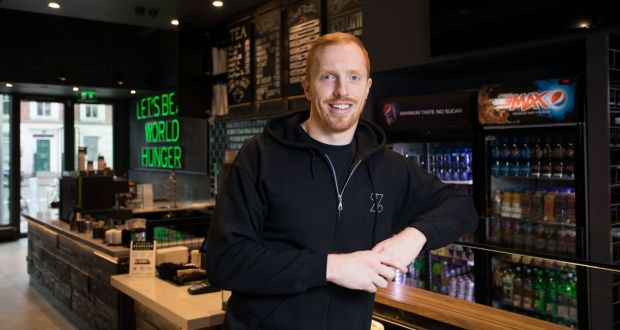 Speaking at a Rugby Players Ireland Networking and Entrepreneurship event in 2019, Darragh Fanning projected a booming year ahead for Zambrero in Ireland. With three new restaurants all planned for Q1 & early Q2, the Mexican franchise was set to thrive in 2020.

Instead, when he might have been managing staff across eight stores, it has been all hands-on-deck for the former Connacht and Leinster player. From hand chopping vegetables and touting business, to cleaning the premises and delivering orders, Fanning has been getting back to basics.

“It’s been a hard slog!” he admits. “I had to lay off all nearly all of my staff. There weren’t the hours to give them and we had to close some of our restaurants. I was left with no option but to go in and try run our Pearse Street restaurant on my own.” 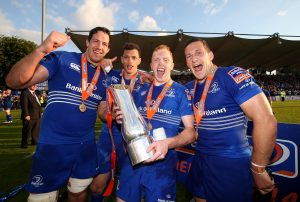 According to Damien Varley, with whom we spoke previously about managing a business, rugby players are very ‘black and white’ in how they communicate. The former Munster hooker acknowledged that he had come from a ‘a very blunt environment where you’re called everything under the sun for honesty and accountability,’ whereas those outside that bubble can struggle with such abruptness.

Fanning agrees that his biggest learning has been in dealing with people and their emotions. Cognisant of the uncertainty that currently pervades, the Dubliner has therefore adopted a softly, softly approach with his staff in recent months. Rather than compounding the ambiguity, he has been working with them to ensure they are all comfortable with what might lie ahead.

“In a Monday video review, lads would call people out and give it all they have, picking out all their faults and mistakes, and then they go and have a coffee together afterwards! There’ll be punch-ups in training, or you might have a niggle with someone throughout a game but when it’s all over you shake hands, walk off the pitch and you’re best mates again!

“There are so many characters in any work environment, but the main difference I find is that you could be very up front with teammates and just deal with the issue. Only some people can handle that approach. Others need an arm around them… you find that out quickly enough! It helps to be able to talk to them in different ways.”

Such an understanding relationship will be to Fanning’s benefit as he begins to ramp up operations again. As business reopens, his close-knit staff are ready for action. In their absence, Fanning has been keeping it all ticking over and has seen the business from a different perspective as a result. Of course, there’ll be plenty more learnings to come as the Zambrero team adjusts to a new way of doing things.

“It’s been madness,” he gasps. “It’s great to get up and running again and our staff have been very keen to help. I mean, some of these people have become good friends of mine and to lay them off the end of March was very tough. Overall, they have been brilliant in their understanding of where we’re at and they’ve taken it all in good spirits.

“I’ve been in touch with all my staff individually and it’s been nice to hear them say: ‘yeah, let’s get to it!’ I like to think that the culture we’ve created has prompted their response. Creating a good culture is something I have taken from rugby and it will be what helps us get back on track. I have always emphasised with our staff  that they are our salespeople. I need them to greet and serve our customers with a smile on their face and create a proper experience.” 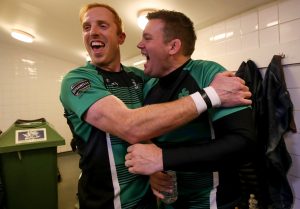 Family, friends and his rugby network have been invaluable to Fanning of late. Several have trained up and have been working shifts to help prepare the larger orders, while some have helped to keep the show on the road in other ways. Thanks to different fundraising initiaves and the goodwill of companies, meals have been donated to various charities.

“We’ve linked in with the amazing Feed the Heroes campaign and we’ve also been delivering 50 meals to a homeless shelter seven nights a week. The guys there are so appreciative when we call, almost in tears. The meals at weekends go to a children’s shelter where they have food and play bingo. It’s lovely to think of all those kids tucking into Zambrero!

“We do a lot of charity orders every week that are funded through companies and private donations. Obviously, no industry is untouched, but we approached some of those that haven’t been too badly affected other than not being office based. Some of these companies have redirected their food allowances to charity through us. There’s a mutual benefit: we are getting paid which is keeping some of my staff in a job.

“Overall, I think people are going to be the real winners from this. Everyone is doing so much good for each other. You can even see in how everyone interacts with each other inside the restaurant and respect social distancing. It’s good to see the nice side in people come out.

“I think we are more understanding. I’ve been in Pearse Street on my own and you can get caught with a queue pretty quickly, but nobody bats an eyelid. In the past we’d be serving twice as fast, but you’d have twice as many complaints to deal with. Even the lads who’d come in and lean on the glass to have a chat, they’ll now nod from a distance!” 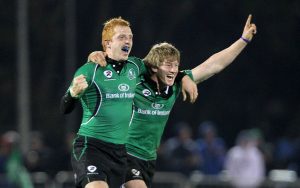 As with any business, plans beyond the immediate weeks have been put on ice. The initial aim of having his three new restaurants up and running by the end of April was halted by restrictions, but building is due to recommence this week. That will be a big milestone amidst a series of baby steps.

“You go back a few months and your goals would have looked completely different to what they are now. From here our goals are to adapt our existing branches for social distancing and to have all staff retrained so they are comfortable working in our restaurants.

“If we can get two of the new restaurants open by the end of July, I think that would be a success considering where we were at the start of April. Currently there are lots of moving parts, but we are doing our best to learn and implement best practice for staff and customers.

“We can’t look too far ahead but for the moment but I am just grateful we will still have a business once things get back to normal – but what is normal now anyway? Who knows?!”