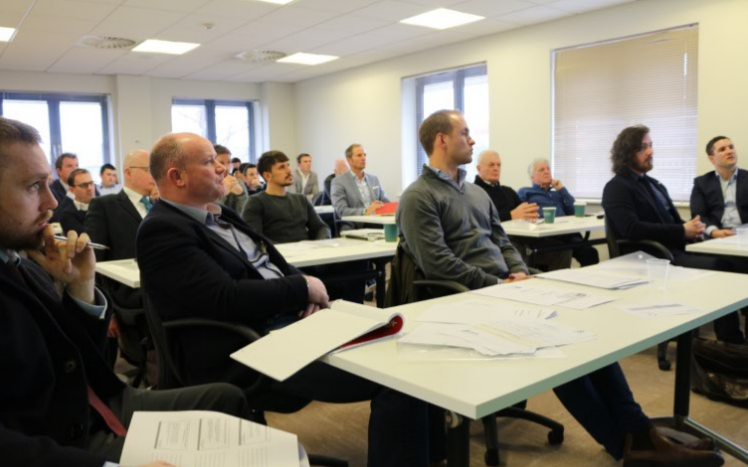 A major area of focus for Rugby Players Ireland over the past number of years has been the establishment and introduction of a common set of regulations for agents operating on behalf of players in Ireland. Alongside the IRFU, the RFU and WRU, Rugby Players Ireland has been working to further develop the scheme which operates commonly across the three territories.

On February 24th over twenty agents presented at Rugby Players Ireland’s new offices in Clonskeagh to hear from several experts on a range of topics that can arise in the working world of an agent.

Speakers on the day included Giles Fox, Immigration Officer for the Residents Division for the Department of Justice and Equality, Conor Stokes who is the Head of Employment Permit Operations at the Department of Jobs, Enterprise and Innovation and Cahir O’Higgins of Cahir O’Higgins and Co. Solicitors who have established a fine reputation for their work in criminal defence. Simon Keogh and Isaac Boss also shared some insights on the expectations that players have of their agents.