A Chance to Prepare for Life Away from the Game

This article by Shane McGrath was published in the Irish Mail on Sunday on Sunday, April 5 2020.

The body representing Ireland’s professional rugby players has revealed some of the challenges facing its members in light of the cancellations wrought by Covid-19.

Rugby was the first Irish sport to suffer from the carnage wreaked around the globe by the virus, with the postponement of the Six Nations fixture against Italy at the start of March.

Since then, the entire Irish season has been wiped out, with the Pro14, Champions Cup and international roster all cancelled. 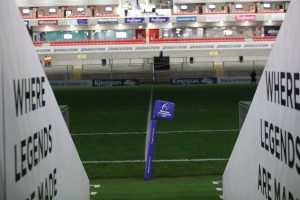 Next in line is Ireland’s summer tour to Australia, with the two-Test series certain to be cancelled. Further along the schedule, there are ominous noises coming from the southern hemisphere about the ability or desire to fulfil the November dates.

Professional rugby in Ireland has never known a challenge of this order, a fact reflected in a series of pay deferments announced by the IRFU last month.

Behind the facts and figures, and behind the presumptions about glamorous professional lives, are people in a sector of society left beleaguered, like so many others, by the traumas of the past month.

Marcus Horan played 67 times for Ireland. He was part of the Grand Slam success of 2009 as well as winning two European Cups with Munster.

Now he works as a player development manager in Munster for Rugby Players Ireland, and has seen the nature of the role change to fit the extraordinary circumstances of recent weeks. 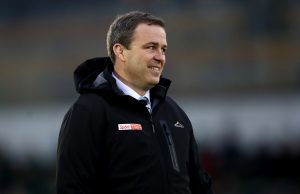 ‘Not knowing, not having a plan, is a problem for anybody, really, but for the players, too, because everything for them was goal-based,’ he says.

‘You set out your goals for the full season, or maybe for your career. Then you break it down for parts of the season. And then you set goals weekly as well, whether it’s in the gym, improvements on the pitch, or improvements from the last game.

‘Taking that away from the players, a lot of them feel they don’t have anything during the week.

‘And that’s where we come in, getting them to set goals in other parts of their lives, whether doing a financial check on their own situation, check on their mental health, have a chat with someone else, or taking up a hobby.

‘Life has slowed down so much, there’s less scrutiny, so maybe you can express yourself in ways you didn’t before, whether it’s picking up a paintbrush, trying to create something in the shed, or getting out gardening.

‘These are things a lot of our players wouldn’t have had time for before, so we would try and encourage that.

That is good for their mental health, as well, and a lot of guys are getting involved in community stuff, too.’

Rugby players are not associated with weakness or frailty, and easy assumptions can be made about young men enjoying gilded professional lives.

The truth can be much more sobering.

But Horan is keen to point out that while some are struggling with the absence of matches – and the uncertainty that creates for them, not just in the immediate term but in the longer one, too, particularly those whose contracts are running out – they understand that there are people in Ireland facing far more serious challenges today.

‘In recent years, I’ve noticed with a lot of players, and I think it’s in society generally, they want things now; they want them immediately,’ he says.

‘So this is a tough thing to happen now: things are slowed right down, they are not in control of what they do, they are not able to train heavily in the gym and see the gains.

‘That’s really, really tough for guys when they’re not used to it and when they are focussed on their careers.

‘But the other side of it is, they are absolutely getting the enormity of the situation. They absolutely understand the heroes are on the front line doing what they are doing in the health service.

‘The players themselves have stepped up in so many ways, whether it’s videos encouraging people to stay at home, or our own guys with the Tackle Your Feelings campaign. 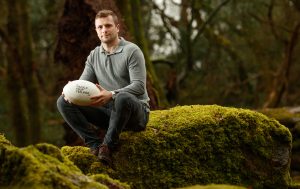 ‘They understand there will be people out there, players as well but people in general, who are struggling.

‘We were proud of the way they reacted to the salary deferral as well. In order to keep the game alive in the country, they realise that certain things have to be done.’

The IRFU announced deferrals of between 10 per cent and 50 per cent at the time, in the hope that they would be returned ‘as soon as possible’.

But while the future remains utterly unknowable while the public health crisis rages on, Horan and Rugby Players Ireland are determined to use this sudden hiatus to encourage players to think of their futures beyond the game.

‘I have had an uptake on engagements from guys who are going to get involved in stuff outside of rugby, whether it’s developing themselves off the pitch and maybe thinking about preparing themselves for transitioning out of the game.

‘It doesn’t matter what age they are, we all have to transition eventually. It’s inevitable. The earlier these guys start working on that, the better.

‘This whole scenario has shone a light on the importance of being prepared for that. Nobody knows when that is going to come.

‘Some of the lads have engaged with me around doing online courses. Even if it’s only to occupy themselves when they are at home, the benefit of that will be huge when they do eventually go back to playing.

‘Whatever they might start into now, they might continue with that and see if they can balance that with their career.

‘Being prepared for when they retire is important.’

Johne Murphy taking it all in his Stride

Back to Short-Term Goals for Darragh Fanning