Be Proud of all who wear our Jersey 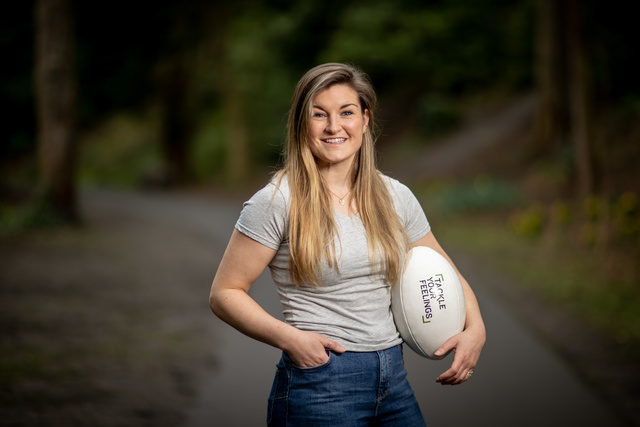 The Tackle Your Feelings campaign, run by Rugby Players Ireland and funded by the Z Zurich Foundation, has released the final video in their reverse role-modelling series to highlight racist online abuse by using examples directed at rugby players. As part of today’s launch, Irish International and Harlequins Rugby player Anna Caplice and former British and Irish Lions, England and Harlequins winger Ugo Monye are encouraging people to #BeKind online during the final weekend of this year’s Guinness Six Nations.

The animated video launched today features children in a playground setting discussing the Irish rugby team and giving their negative opinions on the players based on their country of birth and ethnicity. The script was devised from real tweets directed at Irish rugby players, but instead of trolls we hear the voices of children abusing rugby players. The video poses the question to anyone who has posted harmful comments, whether they would be happy with a child speaking about the players in the playground as they do online? The two previous animations highlighted trolling behaviour and sexism on social media. 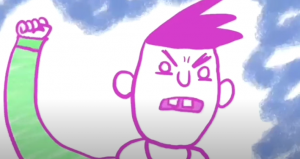 At a time when fans are desperate to return to stadiums, many have decided to turn to social media to enhance their matchday experience and feel a sense of community. Social media has the power to bring people together, especially when we have to stay apart. But we are also aware of the harmful and negative effects that social media can have on the mental health and wellbeing of all its users. Unfortunately, some profiles have taken this too far by directing toxic abuse towards players, coaches and media personalities during the course of this year’s Championship. Athletes, match officials and coaches are in the spotlight and are often the target of social media abuse, but they are not the only ones who receive it. Tackle Your Feelings encourages rugby fans to ‘be kind’ when commenting online and to report any examples of trolling that they see on social media. By holding up rugby and the abuse directed at members of the rugby community as an example, we hope that people will adopt more positive behaviours online across the board. Indeed to drive awareness of the issue, for the final rounds of the Guinness Six Nations, Tackle Your Feelings has been tackling online trolling by responding to toxic tweets and focusing in particular on those tweets in which rugby players are tagged.

Speaking about her involvement in the campaign, Ireland & Harlequins player Anna Caplice said: “Unfortunately I have first-hand experience of how toxic social media can be. When the Women’s Six Nations was postponed a lot of trolls were asking ‘who cares?’ when we had been training so hard to represent our country. It’s challenging to have someone behind a screen diminish our efforts in 280 characters and it’s important to have campaigns like TYF draw attention to the negative trolling that can happen online and the impact that this can have on wellbeing and mental health. Yes, we are in the spotlight, athletes representing our country, but we’re people first and this type of trolling can be damaging to anyone’s mental wellbeing. It’s about the abuse of players yes but highlights the issue of negative trolling as a whole for me. Hopefully, ahead of this weekend’s match against England, people will see this initiative and try to remember that players are people too before they tag them in negative tweets.”

Speaking about his support for the campaign, former England & Harlequins winger Ugo Monye said: “As a pundit and as a player before that, I’ve been tagged in numerous tweets and posts, and some of the content has been really shocking. It’s time to tackle this behaviour and recognise how damaging it can be for wellbeing. Whilst the content pieces for this campaign were scripted using abuse directed at Irish players, I could write the same scripts for England and my former teammates. I’m delighted to be lending my support to The Tackle Your Feelings campaign urging people to #BeKind because we need to take action and be proactive around trolling in rugby, wider sport and society as a whole.”

Anthony Brennan, CEO, Zurich Ireland said: “We at Zurich are proud to support this latest initiative from Tackle Your Feelings which aims to highlight how online trolling effects our mental wellbeing. We all know social media can have both positive and negative impacts on our wellbeing but in recent weeks we have seen some unacceptable, unnecessary, and hurtful commentary on social media directed at players, pundits and across the rugby playing community. Of course, people are entitled to express an opinion about on-pitch performance, but many of these comment cross the line between criticising a performance and making personal attacks. We hope that Anna and Ugo’s experiences will highlight why people need to be kind online and think before they tweet on all topics, using the rugby community as a real life example.”

Speaking about the campaign Tackle Your Feelings Campaign Manager, Hannah McCormack said: “Whilst social media can be a very positive force, as we have seen particularly during the Lockdowns, rugby players have been tagged in some toxic abuse on social media and through DMs. For the Guinness Six Nations, Tackle Your Feelings has been tackling trolling behaviour to drive awareness of the issue and why this behaviour is unacceptable amongst rugby fans. We are delighted that we are seeing people in greater numbers coming out in defence of the players. By showcasing some of the content that has been directed at players and engaging with the social conversation during the final stages of the Guinness Six Nations, we believe we have taken an important step in building awareness around online trolling in rugby, and its negative impact on mental wellbeing. With the Tackle Your Feelings campaign, we are urging people to be kind online and I would encourage everyone to visit www.tackleyourfeelings.com to view our content series and find out more.”

Tackle Your Feelings was launched by Rugby Players Ireland and Zurich in 2016 and is funded by the Z Zurich Foundation and encourages people to ‘Take Control’ of their mental wellbeing using principles from both sport and positive psychology. Research commissioned by Zurich & Rugby Players Ireland and conducted by iReach across the island of Ireland, prior to the Covid-19 pandemic, revealed one in every ten adults have been victims of online bullying. For more information on Tackle Your Feelings follow the Instagram account @tyf or visit the website www.tackleyourfeelings.com which will share motivational stories along with positive mental wellbeing tips and exercises.

The Bridge to A Fresh Beginning

Putting his Hand Up