VOTE:
SUPPORTERS’ PLAYER OF THE YEAR 2017

The Irish Times is delighted to partner with Rugby Players Ireland for the Supporters’ Player of the Year Award at The Zurich Irish Rugby Players’ Awards.

Attended by a host of rugby greats, both past and present, the awards night is Ireland’s only national rugby awards and gives the members of Rugby Players Ireland the opportunity to celebrate the best of Irish rugby and all that has been achieved on and off the field over the past 12 months. Rugby Players Ireland’s vision is that Ireland is the best place in the world to play rugby. Through its representation and development of the player body allied to its engagement with the community, Rugby Players Ireland seeks to ensure that by having the appropriate structures in place away from the game, the players can perform to the best of their ability.

Choose the player you think deserves to win from the shortlist below and cast your vote. Everyone who votes will be entered into a competition to win a pair of tickets to attend the Zurich Irish Rugby Players’ Awards at the  Clayton Hotel, Burlington Road, Dublin 4 on Wednesday, 10th May, 2017.

A cult hero amongst the Irish fans, Furlong has become an indispensable member of both Irish and Leinster squads this year. Likely to feature prominently for the Lions this summer, it is easy to forget that Furlong only made his full test debut last June against South Africa.

Following his move to Dublin last season, Henshaw has settled in brilliantly into the Leinster midfield where he has forged a formidable relationship with Garry Ringrose that has carried over onto the international stage. A highlight of Henshaw’s season was undoubtedly his dramatic effort in Soldier Field which effectively sealed the game for Ireland. Growing in influence for both club and country. 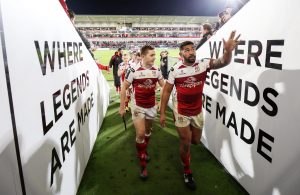 Having steered Ireland to their first ever victory on South African soil, Jackson has also begun to develop a portfolio of significant experiences in the green jersey. His fine form continued into the domestic season with an almost flawless success rate from the tee, supplemented by an ever-improving all-round game.

The first Irish player to reach 300 appearances, Muldoon has again been to the fore of Connacht’s efforts this season. An inspirational leader, Muldoon has recently signed a contract extension at the Sportsgrounds that will take him into his 15th season in Galway. 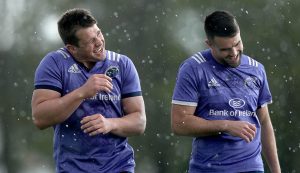 Following an exceptional season for both club and country, Murray’s fine form has been rewarded with a call-up to Warren Gatland’s British & Irish Lions squad for the upcoming tour to New Zealand.  Given his exploits against the All Blacks in November, Steve Hansen and his team will no doubt be questioning just how to contain the scrum-half this summer. 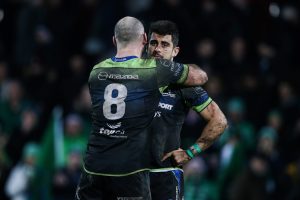 One of the most exciting players in the country, O’Halloran received his first Irish cap in South Africa in June. A constant threat with ball in hand, O’Halloran has furthered his case for international recognition this campaign.

A high-profile arrival at the Kingspan, Piutau delivered on all the hype with a series of impressive performances for Ulster this season. While the signing of the All Black raised eyebrows in the Southern Hemisphere, few can question his commitment to the cause as he continues to put in stellar performances week after week.

Winner of the Supporter’s Player of the Year award in 2016, Stander’s form has shown no signs of abating this season. A consistent force at the base of the scrum for Munster, Stander has become a key player on the international stage for Ireland. One of the players of the Six Nations, Stander became the first Irish forward to score a hat-trick since 1991 when he ran in three tries in Rome.