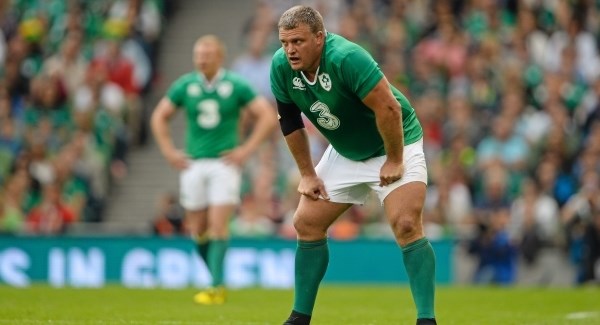 In September it was announced that Nathan White was retiring from professional rugby based on medical advice following a concussion injury. The Connacht and Ireland prop arrived in Dublin from his native New Zealand in 2012 to join up with Joe Schmidt at Leinster before moving onto Connacht the following year.

Prior to his injury against his former employers last March, White had established himself as a valued squad member in Schmidt’s Irish squads, garnering 13 caps in the space of eight months following his debut in August 2015. Sadly, he will not be adding to that tally.

The attritional nature of the professional game may be a joy for the public to behold but it has come at a cost. Between 2006 and 2012, Leinster duo Bernard Jackman and John Fogarty were the only professional rugby players to retire through concussion. However, in the past three years alone Craig Clarke, Declan Fitzpatrick, Kevin McLaughlin, David McSharry and now White have all suffered a similar fate.

When this is considered in isolation, it may seem that concussion is far more prevalent in the modern game. However, due to better education on the topic and heightened awareness of its signs and symptoms, players are now more likely than ever to take a sensible approach when dealing with brain injuries.

The rise in players retiring or taking long periods out of the game to recover from head injuries is a direct result of a more accepting culture within the game whereby players feel empowered to make the right decision for their health. Given the consequences of such trauma, rugby can no longer embrace those who make a heroic return to the field following a severe blow to the head. However, steps need to be taken to ensure that players are protected on a weekly basis and over the long term.

Headway, the brain injury services and support organisation, has teamed up with Ireland’s leading player GAA, soccer and rugby unions to launch Concussion Aware, a campaign in association with laya healthcare and LifeStyle Sports. The initiative is being backed by the likes of Irish captain Seamus Coleman, Dublin footballer Johnny Cooper, former Leinster rugby player Luke Fitzgerald and Donegal Ladies footballer Kate Keaney, and encourages coaches and athletes of all levels and ages to put their health to the fore and to remember, “If in doubt, sit it out.”

To get a better understanding of the players’ views on concussion, the Irish Rugby Union’s Players’ Association (IRUPA) has worked on a number of initiatives to determine the best means of further educating its members. Over a 16-month period between 2014 and 2016, the incidents of concussion amongst IRUPA members rose by 3.7%. The common perception may be that the increased physical nature of the sport has been the most significant factor, yet it must also be considered that there is a growing acceptance amongst players and coaching staff that concussion is an injury which needs to be taken seriously.

In an IRUPA survey carried out in October 2014, 13% of players who were concussed admitted that they were not confident that their head injury had cleared when they returned to play. In 2016, the same question was asked of IRUPA members with this number reducing to 10%. Although this figure remains high, it nevertheless represents an improvement of players’ concerns over a short period of time and an unwillingness on their part to take risks when it comes to brain injuries.

Last year, IRUPA in partnership with the IRFU, developed an online training course highlighting the signs, symptoms and effects of concussion. This module was made compulsory for all professional players in Ireland. It was designed to offer the players an interactive learning experience whilst providing real case studies of head injuries and testing their knowledge of the issue with a series of questions. This education tool, allied to World Rugby Concussion Management resource, has helped to provide players with the requisite insight to make informed decisions on the field of play.

In order to establish how effective the education drive had been in the period, IRUPA followed up with direct questions on players’ understanding on Head Injury Assessment (HIA), symptoms of concussion and the Graduated Return to Play Protocols (GRTPPs). The below statistics represent the changes in players’ awareness from the IRUPA surveys carried out in 2014 and 2016:

These results provide a direct correlation between the heightened awareness and understanding on the back of educational initiatives. Although it is recognised that knowledge of concussion has progressed amongst its membership, IRUPA continues to look for innovative ways to improve its methods of education to ensure players are making decisions with all the necessary information at their disposal.

As Omar Hassanein, CEO of IRUPA states: “Players must take responsibility to protect their health and well-being even in the heat of the moment. There has been a marked shift in the attitude towards concussion throughout professional rugby, but while we have made progress in raising awareness of the prospective dangers associated with concussion and its long-term effects, there is further ground to be made.”

To that end, the introduction of the Head Injury Assessment and its subsequent introduction into World Rugby’s regulations is seen a huge step in the right direction for the welfare of the players. Whilst this is certainly an improved position, it should also not be the final stance.

Although there have been significant developments in the area from a professional perspective, there remains plenty of work to be done on the ground level. Speaking at the launch on Tuesday on Grafton Street, Kieran Loughran, CEO of Headway commented: “It’s evident that there is still a huge lack of awareness amongst the general public when it comes to concussion. 1 in 2 of those surveyed as part of our research admit they would not recognise the signs of concussion – this needs to be addressed.”

“It comes down to knowing the signs of concussion and looking after your team-mates and yourself,” Seamus Coleman added. “If a player is concussed, they may be in a confused state so will be relying on their teammates and coach to recognise that something isn’t right. If there is a shadow of a doubt, it’s so vital that they come off the field of play and sit it out. It might sound dramatic but you really could end up saving a player’s sports career, we’ve all seen some of our heroes having to retire early due to the impact of concussion.”